Geordie, the distinctive dialect spoken in and around Newcastle, could die out in the next few decades, according to linguistic experts. Dr Dominic Watt, who works at the University of York, and voice coach Dr Brendan Gunn have authored a study stating that Geordie might be replaced by a more general northern English accent within the next fifty years. Even more shockingly, the researchers feel this future north east accent may end up sounding slightly southern or even – wait for it – American.

Such predictions might have many north east residents choking on their Newcastle Brown. But Dr Watt and Dr Gunn argue that a mixture of social, economic and, especially, technological changes will lead to definite changes in the way Geordies speak. In fact, they feel this process has already begun, with fewer Geordies nowadays saying ‘fee-us’ instead of ‘face’ or ‘coo-ut’ instead of coat.

Their report claims, “These days, more generic northern sounding vowels are preferred. Over the next fifty years, we predict they will sound close to what is found in southern England. The characteristic ‘hiccupping’ Geordie pronunciation of /p/, /t/ and /k/ in words like caper, waiter and baker may go the same way.”

The authors feel one main reason for this will be the growth of voice recognition software. Accents will become much more uniform as we get used to speaking to computers. And the increasing influence of technology may bring more American phrases and even a Californian twang into UK English due to all the tech boffins working in San Francisco and Silicon Valley. Increased migration – both within and between nations – will also lead to the English language becoming more standardised. And it’s not just Geordie that may change – the Glaswegian and Brummie accents are likely to alter too, as is the ‘estuary English’ spoken in the south east.

Dr Watt said, “In the future, our voices will become ever more crucial and we’ll use them to interact with the majority of machines and devices in our daily lives. Keyboards will become obsolete and we will be completely comfortable speaking to our cars, washing machines, fridges, taxi apps and online banking services.”

Is there any hope for the good old Geordie accent, a dialect celebrated and affectionately mocked by Chaucer as long ago as the Fourteenth century? Well, it could be pointed out that Dr Gunn and Dr Watt’s report was sponsored by NatWest to celebrate the bank making ‘voice biometric’ technology available to its fifteen million clients. Could there be a forlorn hope on the bank’s part that fewer broad Geordie accents will mean fewer of their machines malfunctioning? Accents do change over time, but I reckon the Geordie dialect – in some form – will be with us for quite some time to come. 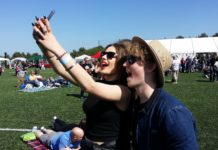 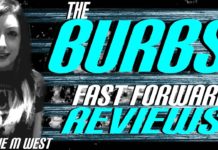 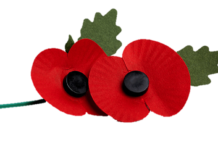