On Wednesday and Thursday this week, teaching assistants were on strike again all over County Durham. Members of the unions Unison and the Association of Teachers and Lecturers (ATL) walked out in the latest chapter of their long-running pay dispute with Durham County Council. 23 schools had to close, about 90 were forced to cancel some classes, and around 100 picket lines were formed across the county.

And now the unions have said that their members will follow a work to rule, meaning that they will only work their contracted hours and will not do any overtime.

“Council plans to slash the salaries of already low-paid staff are heartless and appalling.”

“Surely now councillors will see sense and get round the negotiating table with a proper offer.”

Clare Williams, Unison’s northern regional secretary, joined a picket line in Shildon. She said, “Teaching assistants are dedicated to their jobs and the children they teach.”

“But they shouldn’t have to survive on wages so low that they don’t know how they will pay their bills once their wages have been cut.”

“Councillors should settle this dispute so teaching assistants can go back to the jobs they love.”

As well as picketing schools, a large number of TAs gathered in the centre of Durham City, where they handed out leaflets to members of the public. Parents and the general public seem supportive of the TAs.

Final gathering of the troops at the Gala Theatre #ValueUs pic.twitter.com/Pbz9inOVbS

The dispute began when Durham County Council announced it would dismiss all its TAs then rehire them on new contracts. The new contracts are controversial because they would only pay the TAs for the hours they actually work and not for lengthy school holidays. The TAs argue that this could result in them losing up to 23% of their salaries, or about £5,000 a year.

One union, the GMB, reached a compromise with the council, but members of Unison and the ATL voted by large majorities to strike.

Durham County Council, however, seems to be standing its ground. Speaking before the strikes, Jane Brown, cabinet member for corporate services, said, “We’re really, really disappointed. This is obviously going to have some impact on our schools, but we’re hoping we can keep the impact to a minimum.”

“Last time the unions decided to take industrial action, 80% of our schools remained open and the majority of our teaching assistants did report for work.”

The council insists that the contract changes are necessary to avoid equal pay claims from other members of staff who are already hourly paid.

Ms Brown said, “We have no choice but to follow all but one other council in the region and address the multi-million pound equal pay risk that their current contracts create.”

“It is not fair on our other staff that teaching assistants are paid for hours and weeks that they do not work and the legal advice is clear – to do nothing is not an option.”

The contract changes could save County Durham’s schools around £3 million annually.

But Emma Parker, the ATL’s district secretary in Durham, said,

“There shouldn’t be a race to the bottom with schools salaries.”

“Durham Council needs to get around the table and negotiate a fair deal.” 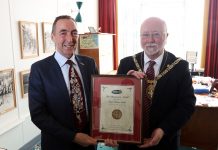 Back to School – By Lorraine Weightman