Home Sport The Biggest Sporting Upsets of All Time: From Greece to Leicester 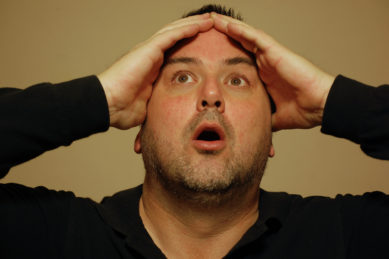 If 2016 taught us anything about sport, it’s to expect the unexpected. While underdog stories have long been the go-to motif for novelists and Hollywood directors, it’s not often that we see a minnow rise up and steal the plaudits in a sea of sharks. However, last year was different and it was different for one big reason: Leicester City winning the Premier League.

From virtual obscurity to winning the top football league in the world, the Foxes not only proved that underdogs can win but in doing so they defied the odds. According to Oddschecker, City were 5,000/1 outsiders to win the Premier League at the start of the 2015/2016 season. To put that in perspective for non-betting fans, that was longer odds than Sir Alex Ferguson appearing on Strictly Come Dancing (1,000/1) and the exact same odds as Elvis being found alive. That’s how likely expert bookmakers – professionals who take developments, big data and statistics into account for a living – thought it was.

In simple terms, Leicester City winning the Premier League was a minor miracle and something we’ll probably see played out in movie theatres around the world in years to come. However, while City’s achievements were certainly impressive, the players aren’t the only sports stars to have caused an upset.

In fact, if we take a look back through time, there are some sporting success stories that may even rival the Leicester’s football dream. So, with this in mind, we’ve picked out some of the greatest real-life underdog stories in sporting history.

Few boxers have stepped into the ring with a bigger deficit in the betting odds than Buster Douglas, but that didn’t stop him from delivering what many have since called “the knockout heard around the world”. Heading into his heavyweight title fight with champion Mike Tyson, Douglas was a 42/1 outsider to win, but that was only at The Mirage in Las Vegas – as every other bookie refused to set a line for the underdog.

To make matters worse, Douglas’s mother, Lula Pearl, had died 23 days before the fight – which meant the 6ft 3 inch American had to interrupt his training camp just before the biggest fight of his life. But, despite the odds, his mother’s death and the fact he was seen as a can (an easy fight), Douglas shocked the world with a 10th round flurry.

With Tyson seemingly out of sorts throughout the fight, Douglas managed to establish his long jab earlier. Unfortunately, the eighth round saw Tyson breakthrough and show what he’s really capable of. A punishing uppercut sent Douglas to the canvas, but not for a ten count. With Tyson smelling blood, the ninth round was a tough one for Douglas, but by the time he’d recovered in the tenth, a combination ended with a stiff uppercut that put Tyson down.

Unable to get back to his feet, Tyson was counted out and the world sat in shock as Douglas took the heavyweight belt from one of the most feared boxers of all time.

What could be more intimidating that playing in your first Wimbledon tennis final at the age of 17? Answer: playing against the toughest female player of all time, Serena Williams. When people look back on the sport of tennis in 50 years, Serena Williams will go down as one of the greats regardless of gender.

With 71 WTA titles and a win percentage of 85.7% (as of Jan 2016), Williams has proved beyond doubt she’s a force of nature on the courts. In fact, unlike some tennis pros that seem to specialise on certain surfaces, Williams has excelled in all arenas.

Unsurprisingly, this has helped her win seven Wimbledon titles as of 2016, but back in 2004 she ran into a blonde hurdle known as Maria Sharapova. Another product of Russia’s highly successful sports programs, Sharapova worked her way through the preliminary rounds without a hint of fear of what might await her on Centre Court. In fact, it was this lack of fear that allowed her to defeat Williams in just 73 minutes.

One of the defining stories of the final match was the number of unforced errors from Williams. Although Sharapova can’t take credit for every error, it was her aggressive play that seemed to rattle her opponent. Indeed, Williams is often the most aggressive player on the court, but this day it was Sharapova and after she served for the match, she did not only become the third youngest winner of all time, but announced her presence on the world stage.

Rulon Gardner Out Wrestles a Legend

Whether you’re a fan of wrestling (not the WWE kind) or not, there’s no denying Rulon Gardner’s Olympic achievements. A mountain of a man from Wyoming, USA, Gardner was one of the top Greco-Roman wrestlers in the world when he entered the 2000 Olympics. Unfortunately, as strong and skilled as he was, he wasn’t as tough as the reigning champion Aleksandr Karelin.

Known by his nickname, The Experiment, Karelin was undefeated for 13 years in all competitions and looked virtually untouchable throughout the 2000 Olympics. However, someone forgot to tell Gardner that. Despite being a significant underdog, Gardner refused to be drawn into Karelin’s game and stifled the champion at every turn.

The early stages of the match saw Gardner use his weight to lean on Karelin and eventually frustrate his opponent. Unable to execute one of his trademark throws, Karelin eventually lost his form and failed to score a point. Although Gardner only won by a single point, it was enough to clinch the gold medal and one of the most memorable Olympic upsets of all time.

Since winning the gold, Gardner’s story has been referred to as the “miracle on the mat” which is a fitting description of his performance that day.

Leicester City might have caused the biggest upset in domestic football over the last few decades, but on the international stage that honour goes to Greece. Relative minnows in footballing terms, Greece earned their place history after winning the 2004 European Championships in style.

Unlike other teams that have managed to win a major championship by scrapping through the rounds or avoiding the big names, Greece won Euro 2004 the hard way. An opening game against the hosts Portugal ended in a 2-1 win for the visiting side. Thanks to a combination of discipline, a strong defence and the ability to attack on the break, Greece were able to surprise their opponents.

Indeed, coach Otto Rehhagel seemed to have installed a calm confidence in his side of unknowns and that showed throughout the qualifying rounds. Wins over France and the Czech Republic followed and, by way of a fitting if not ironic ending, Greece proved their win over Portugal wasn’t a fluke by doing it again in the final.

A 57th- minute header from Angelos Charisteas was enough to write the definitive line in one of football’s greatest fairytales. Although Greece haven’t been able to replicate such a performance since that memorable night in Portugal, their story will forever be told in the annals of football (and sporting) history.

Underdogs are the Greatest Motivators of All Time 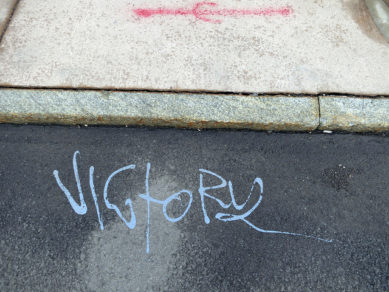 So there you have it, four of the sporting world’s greatest upsets. Although Hollywood might give certain stories a touch more drama and shine, the reality is that there’s nothing more inspiring than the real thing. Whether you’re into the sport in question or not, seeing a proverbial “underdog” overcome adversity and win against the odds is something truly magnificent.

Leicester City may have reminded us that anything is possible, but it’s important to remember that their story is just one of hundreds we can recount. Indeed, if you’re ever in need of some motivation when you feel like you’re struggling to stay afloat, don’t forget about the sports stars that refused to let their weaknesses hold them back but instead went out there and won.