This year Lent begins on March 1st. Ash Wednesday is the first day of forty preparing for the Easter holidays and is meant to be a time of fasting, repentance and reflection. 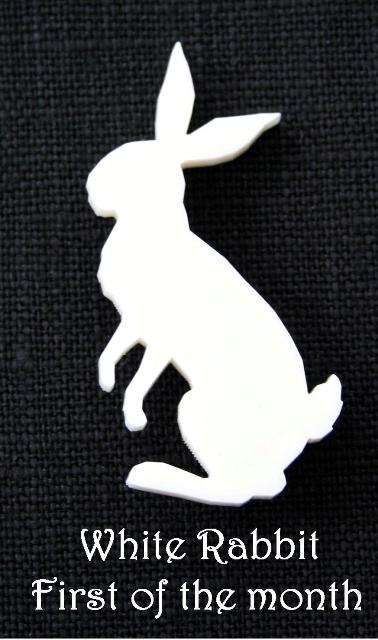 On the first of March my mother always said white rabbits. When I questioned why, she shrugged, saying she didn’t know, but it was supposed to be lucky. Which got me thinking about how much we don’t know and how much we take for granted?

March always reminds me of St Patrick’s Day and on March 17th  celebrations have taken off all over the world as folk remember their roots and celebrate their past.

But, while in Consett we celebrated St Patrick with shamrock, ceilidhs, singing, dancing and dressing up,  St Joseph, who’s feast day is two days later doesn’t get much of a mention. The fact that he travelled all the way to Bethlehem; was there at the birth of Jesus, had the responsibility of taking the son of God and Mary to Egypt to protect them; then, on returning to Nazareth spent the rest of his days in the carpenter’s shop looking after everybody is extremely commendable. However like many people he stayed in the background.

My paternal grandparents must have had a secret love for Joseph as they gave his name to three of their sons. Curiously he was always second. 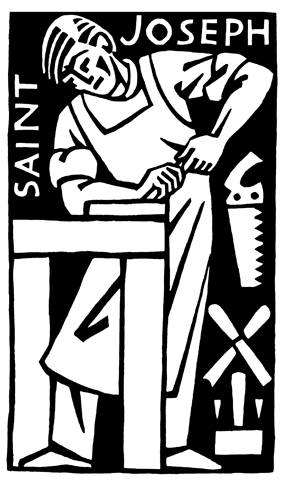 Joseph, who is the patron saint of workers, expectant mothers, the home, and a happy death, really has his work cut out!

Always the protector, the helper and always waiting in the wings to pick up the pieces he reminds me of my family, and how as a child and young adult I was unaware of their constant care, sacrifices and the little things they did to make my life easier.

I remember one year when Lent was almost over and the Easter holidays had begun, being tempted to go to the pub on Good Friday instead of church at 3pm. Predictably after a couple of halves in The Braes, The Brit and one in The Turf I couldn’t go straight home so one of my friends invited us all back to her house. The only problem was she lived four doors down from my Auntie Rose, Uncle Pat and Uncle Michael.

On reflection it would have made sense to walk down the back street but at the time it seemed perfectly feasible to commando crawl underneath the front windows so I couldn’t be seen. Underestimating their wisdom and intelligence, I spent the afternoon playing charades and drinking beer while waiting for the pubs to reopen. In my defence, I did abstain from my friend’s spaghetti bolognese!

On my return, much later, from Botto’s, I carefully opened the unlocked door,  saw a light in the kitchen and simmering on the stove was a tin plate of yellow fish, mash and peas beside an almost boiled kettle.  My pyjamas were warming by the fire and a place was set at the table. Uncle Michael had peeled the potatoes and veg ready for tomorrow and Uncle Pat had filled the coal.

As I tucked into my food, I heard my Auntie Rose’s familiar voice from upstairs,

‘Did you have good Friday?!’

Now, as I celebrate my past, I realise how lucky I was to have them, as they were all saints!