The cultural scene in County Durham is thriving and having a positive impact on the local economy.

A report, to be presented to Durham County Council’s cabinet tomorrow, will highlight the county’s growing reputation as a cultural hub and explore the economic effect this is having.

“Creating a reputation for Durham as a progressive place with a strong sense of identity – a great place to live, work, visit or invest – paves the way to attracting employers to locate here, tourists to visit and businesses to trade with us.”

“Furthermore, for the individual, culture has many benefits beyond simply entertainment and enjoyment. It can improve our health, our social situation and our education.”

The report will outline how the council became determined to promote the county as a cultural venue following Durham City’s bid for City of Culture in 2009. The report will also show how, through its membership of County Durham’s Cultural Partnership, the council has been working to make sure the county’s cultural sector achieves its potential.

The report will list County Durham’s recent cultural successes and highlights, including:

The report will emphasise the importance of investing in County Durham’s cultural infrastructure in order to maintain and further grow the county’s cultural reputation.

The Cultural Partnership and organisations such as Visit County Durham are currently working to do this with their Durham, Place of Light marketing campaign, which is aiming to change perceptions of County Durham.

A number of exciting events are scheduled for the near future in County Durham, including the Bishop Auckland Food Festival in April, the Durham Miners’ Gala, Brass, The Tour cycling event, Durham Regatta, Durham City Run and Durham Book Festival, as well as the return of Lumiere in November.

Also coming up is the 125th anniversary of Bowes Museum, which will be celebrated with a number of exhibitions. In addition, galleries dedicated to mining and Spanish art are due to open in Bishop Auckland.

Other highlights to look forward to include the expansion of Beamish Museum, the reopening of Auckland Castle and celebrations to mark the 200th anniversary of the public railways.

Crookhall and the French Revolution 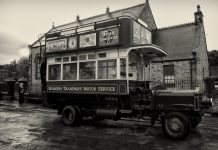 Living in Consett : The Country Surrounding Us