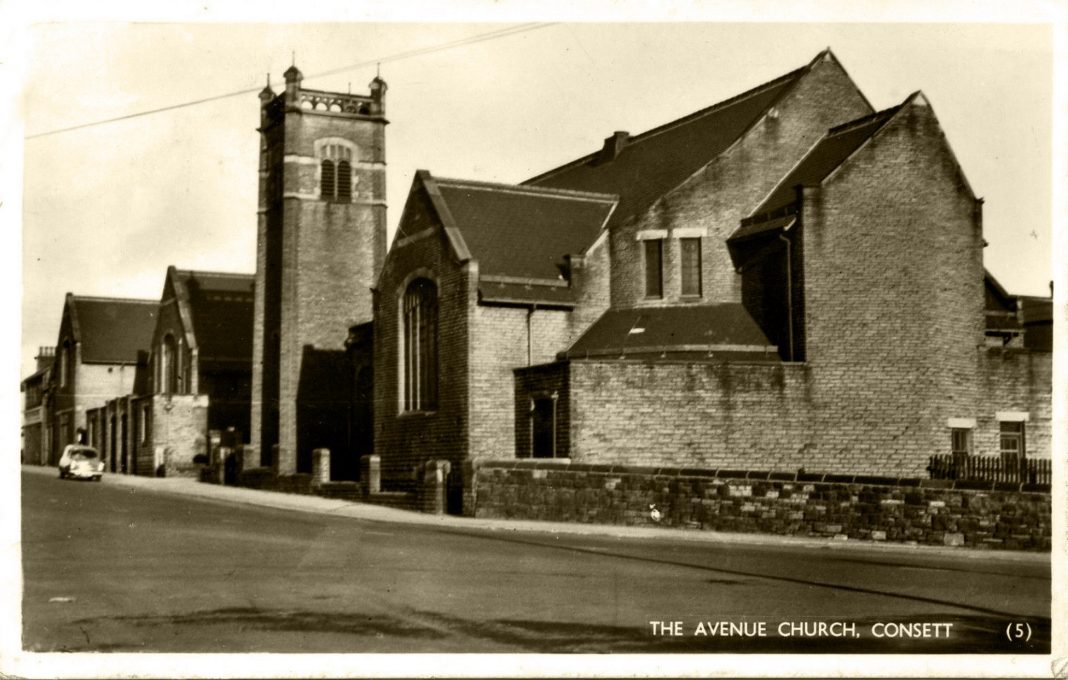 Consett Methodist Church has a long history which started more than 100 years before it was ever constructed. Methodism had strong roots within the Consett area right from the early years of the Consett Iron Company. The specific branch relating to this particular story was the Primitive Methodist. Their first official meeting place was in Trafalgar Street from 1845 where the services ran smoothly for almost 20 years. Unfortunately, as with everything in Consett in those days, the congregation began to outgrow the premises. So in 1864 they moved into their all New Church in Front Street, Consett. For another 25 years they once again carried on happily.

During those 25 years the town of Consett and the surrounding area’s began to blossom into a true industrial heartland. The Consett Water Company had been founded bringing a new healthier outlook. The Iron Works expanded into steel manufacture as well as the iron. Employment and job prospects had, an the whole, improved. The Temperance movement had also made major strides into the area bring a boost to Methodism and a greater push for education. All these factors once again swelled the congregation to bursting point. Another premises had to be found. So began the search for a new place to build, not only a new church but also a school and lecture rooms. 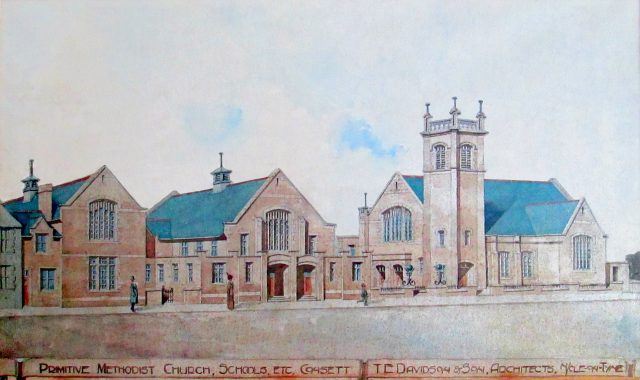 A suitable site was eventually found in 1908 on the corner of Delves Lane and Sherburn Terrace. The site was in excess of 1,600 square yards (approx 1338 square metres). The site was owned by Consett Iron Company who gave them the land for a bargain price of only £250. The money was quickly found by people purchasing parts of the land for the church at 3s 6d (3 shillings 6 pence or 17.5p in Decimal) per square yard. However, this was just the start. Over the intervening years the Church managed to raise a whopping £7,400, equivalent to approximately £776,000 today.

After years of saving and planning the Avenue Primitive Methodist Church opened on 6th February 1913. It had a seating capacity of 600 and a further 400 located in the school hall at the north end of the church. The church was beautifully constructed in the Gothic style with large tower and in a cruciform shape, the architects being Davidson and Sons of Newcastle.

Unfortunately between the 1950’s and 1960’s the congregations began to drop. Not only in the Primitive Methodists but right across all the established religions. The Primitive and Wesleyan Methodists had already amalgamated in the early 1930’s so the decision was made that it was time to come together. The Wesleyan Church in Middle Street was sold and the Avenue Church was demolished to make way for the new Consett Methodist Church. The initial stone laying took place in September 1970 and the all new modern church opened on 5th December 1970 just 2 months later. An original architects plan of the Avenue Primitive Methodist Church still hangs in the entrance of Consett Methodists Church, a reminder to its past.