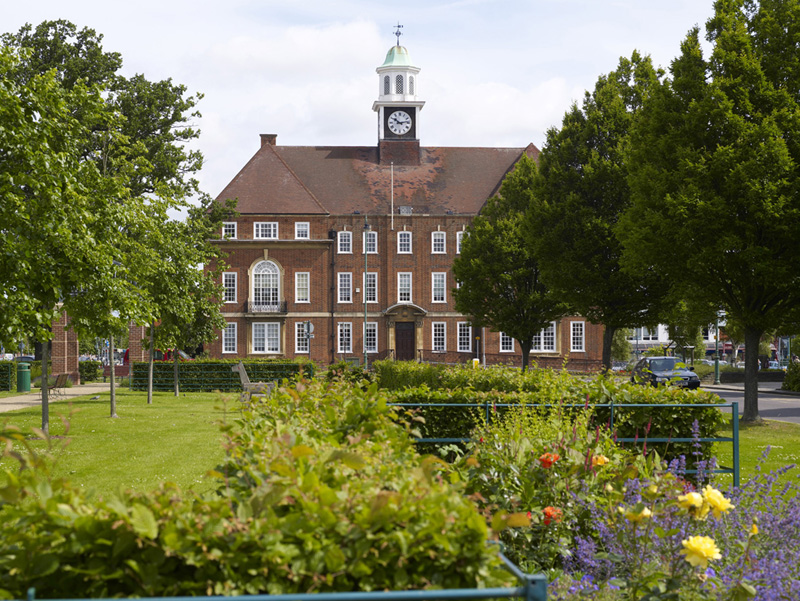 A recent episode of “Call the Midwife”, the popular East End of London gynaecological drama had one of the characters going out for the day to Letchworth in Hertfordshire, to the Spirella corset factory.  Letchworth is a Garden City, indeed the first one, dating from 1903, and the Spirella Company began building a large factory in 1912, close to the middle of town.  Completed in 1920, it blends in through being disguised as a large country house, complete with towers and a ballroom. During the Second World War, the factory was also involved in producing parachutes and decoding machinery. Because corsets fell out of fashion, the factory closed in the 1980s, and was eventually refurbished and converted into offices.  Other industries included early computers, dustcarts and fire engines.

Letchworth has 33,600 inhabitants, up from just 96 in 1901.  From the North East it is reached by Virgin train to Stevenage, doubling back on the line to Cambridge via Hitchin, but such is the importance of the town that in the morning peak there are direct trains to King’s Cross from Letchworth, which do not stop at Hitchin or Stevenage at all. 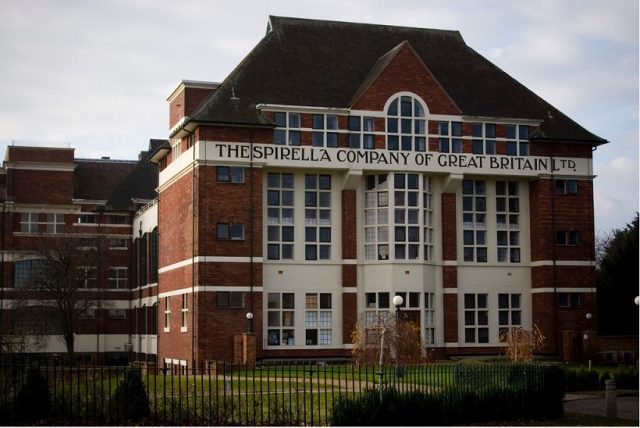 The town was laid out by Raymond Unwin as a demonstration of the principles established by Ebenezer Howard.  It is also home to the United Kingdom’s first roundabout, Sollershott Circus, which was built in 1909, probably inspired by the traffic arrangements around the Arc de Triomphe which Unwin would have known well.  Letchworth influenced not only Welwyn Garden City and the whole new town movement, but also abroad such as Canberra, the capital territory of Australia.  Even Lenin visited Letchworth.

Howard’s depicted a choice of town design as a contest between three magnets: town, country and the fusion of the two as town-country.  The Wetherspoons pub in the town is the Three Magnets, which would have horrified Howard who insisted that there would initially be no pubs in the town, although several pre-existing pubs beyond the boundary did well!  The first licensed premises in the town was the Broadway Hotel, close to the station, and an ideal place to stay.  It opened in 1961, the year of my birth, and the double and twins on the front are attractive rooms, some of the singles at the back less so, but it’s still a great place to stay with the opportunity of a day trip to London and a side trip to Cambridge too if you have time. 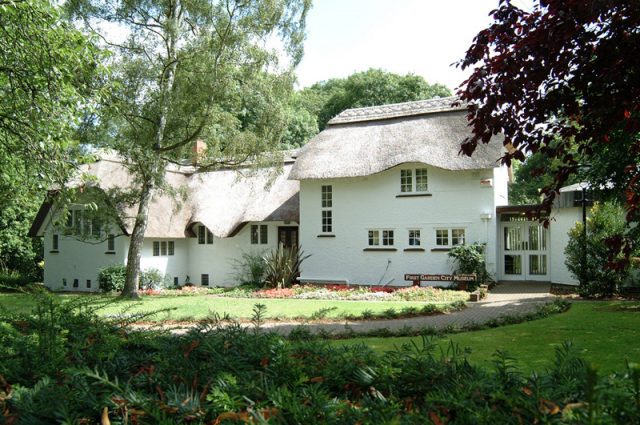 Leave time, though, to explore Letchworth itself.  There’s a lovely art deco cinema within walking distance of the Broadway Hotel, and the town centre has plenty of interest, even though some parts of the town have an unfinished feel with spaces for buildings that never came.  The term “Garden City” derived from the image of a city being situated within a belt of open countryside, and not, as is commonly cited, to a principle that every house in the city should have a garden.

Only one tree was felled during the entire initial construction phase of the town, and an area devoted to agriculture surrounding the town was included in the plan – the first “Green Belt”. It’s instructive to wander around enjoying the architecture of the original Garden City, and see the “cheap cottages” that the people from the crowded cities were delighted to move into. I enjoyed the museum dedicated to the Garden Cities movement in house containing Unwin’s studio.  It’s a great place in its own right, and as a cheaper alternative to London hotels for a trip to the capital.