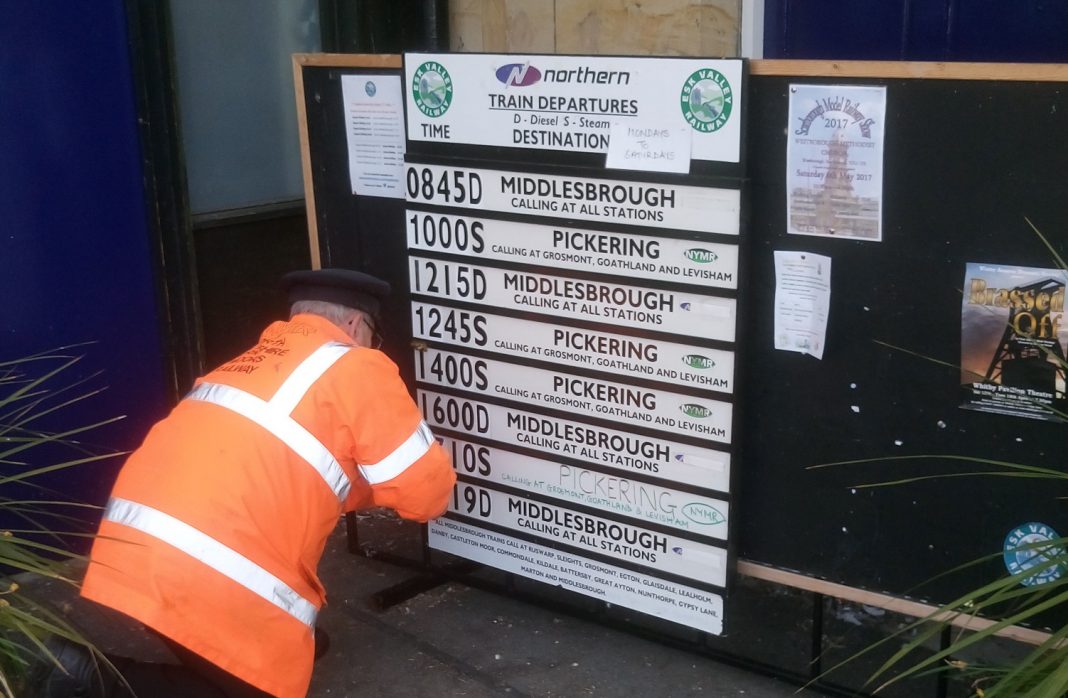 Sometimes after my travels, I just want to sit down and write up my findings, just to be able to “bottle” what I have discovered.  I have been to Whitby many times, but there are still undiscovered parts of this fascinating town to explore.  Between Newquay Road where I was staying at the Station Inn, and Baxtergate, the main shopping street, there must be a dozen alleyways and yards. Some are through routes wide enough for only one person, some are yards containing cafes or other businesses and some are just dead ends. And the pattern is repeated throughout the town.

On my arrival by train, it was a fine night, so I decided to catch the last Arriva X4 bus to Sandsend, three miles away, a light at the Hart Inn and walk back along the coast as night fell.  I started on the beach, but a combination of narrowing beach, incoming tide and failing light suggested I should climb the path onto the road and over to the cliff top, and I discovered the amazing building known as the Met which is now private apartments with a restaurant and café. The 37-metre vertical cliff lift (not an inclined railway like at Saltburn) looked completely closed up.  I continued along the West Cliff to the Whale Bone Arch and the Royal Crescent developed by Railway King George Hudson who was bankrupted before its completion. And so down the Khyber Pass, named after the Afghan one, to the Fish Quay and along the Esk river side to the Inn. 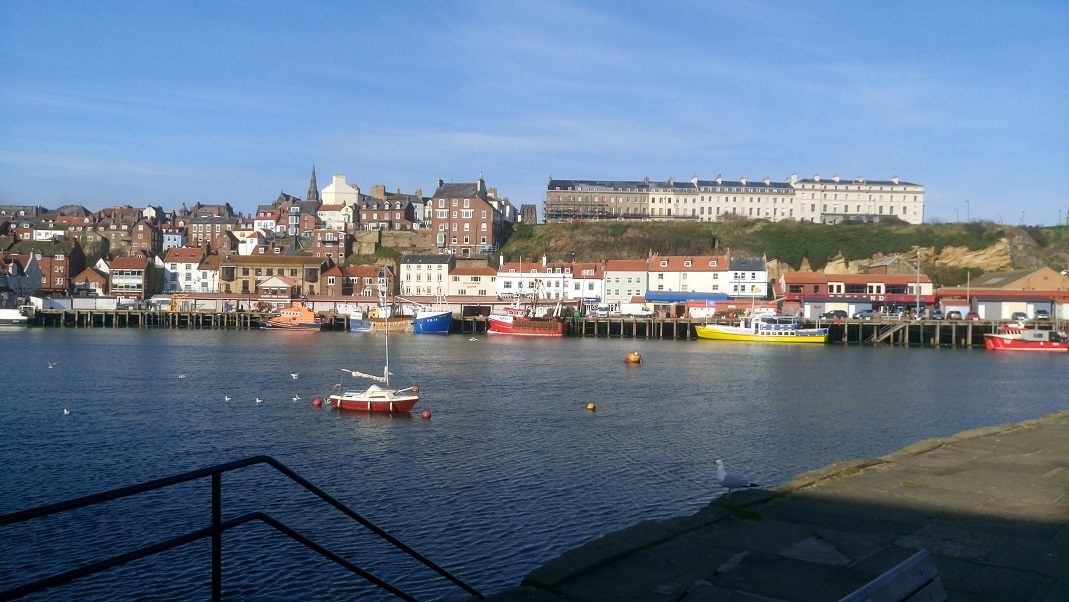 Inevitably, you may say, that I chose the Station Inn, opposite Whitby’s railway station, for my one night stay on a Sunday evening.  Since they do not have a kitchen, the deal is room only, but there are plenty of places to find breakfast, including the Wetherspoon’s Angel Inn nearby.  On Sunday night I had noticed their enticing tables outside, but a team of scaffolders on the Monday morning had covered the entire frontage.  I was amazed they had erected so much metal and timber in a short while.

The morning train had disgorged its usual load of children from the Esk Valley villages who attend Caedmon College, named after the Northumbrian poet, and arrive on the first train from Middlesbrough at 0837.  Indeed the whole timetable on the Esk Valley line is predicated upon the needs of schoolchildren,  who return from Whitby at 1559.  There are four round trips from Middlesbrough, with connections further afield.  On Sundays, there are direct trains from Bishop Auckland and Darlington and it was the 1550 from Darlington to Whitby which I took on Sunday 2 April, the first day of the season that runs until November. 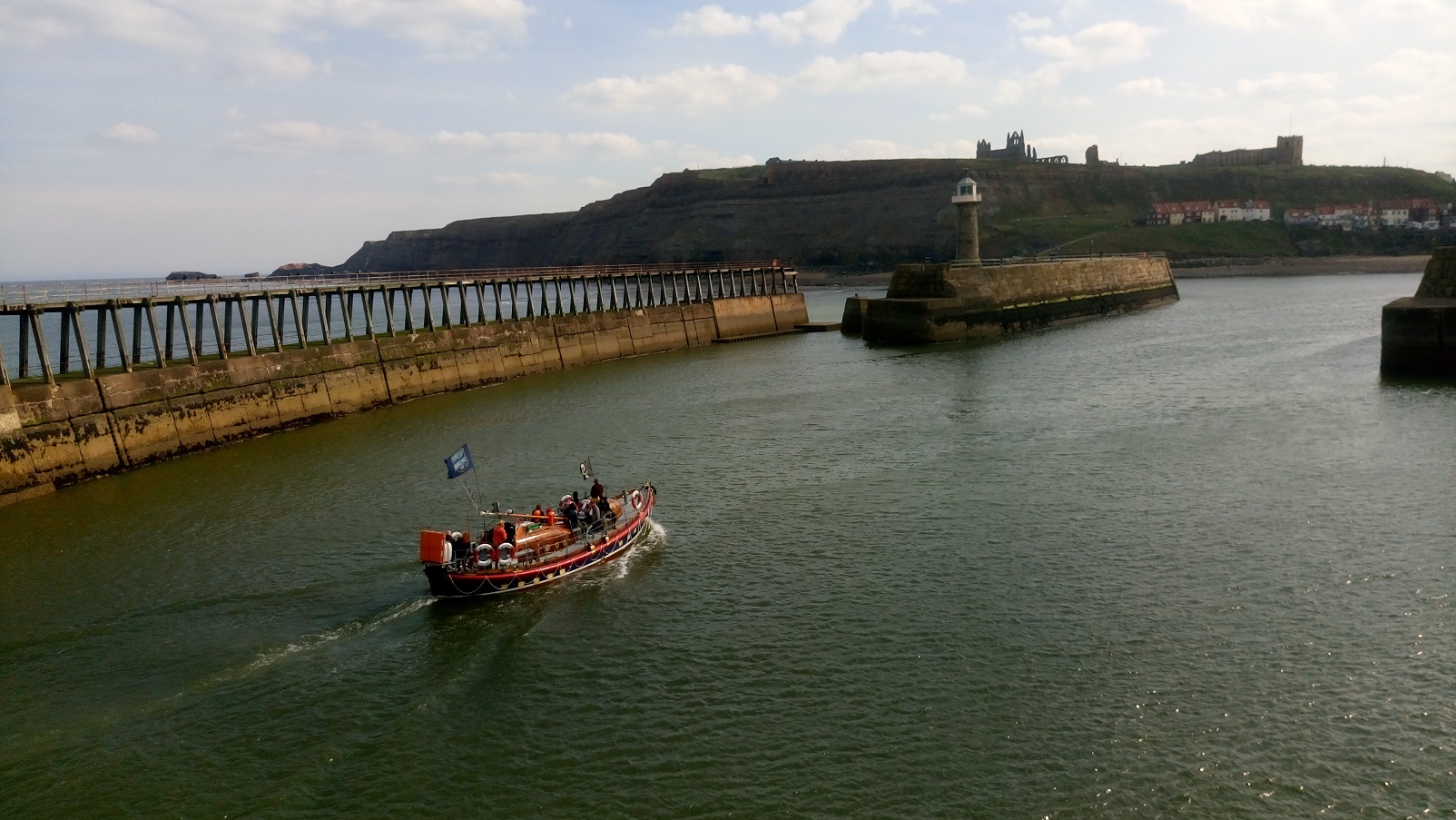 The RNLI Museum is interesting, and there’s a whole museum devoted to Captain Cook on Grape Lane, turn right at the Dolphin pub just over the bridge.  199 steps take you up to the Abbey and St. Mary’s Church, but don’t bother with the dated and appallingly rated Dracula exhibition on Marine Parade which will have you out the back exit in three minutes.  Even at £3, it’s not worth it and yet with some re-engineering using modern technology it could be really scary again. Invest your £3 instead on the Yellow Boats like Summer Queen which over a trip out into the bay, or for a more heritage feel try former RNLI lifeboat Mary Ann Hepworth which was on station from 1938 to 1974 and now also offers pleasure trips. There are loads of accommodation options in Whitby, and going by train enhances the adventure.