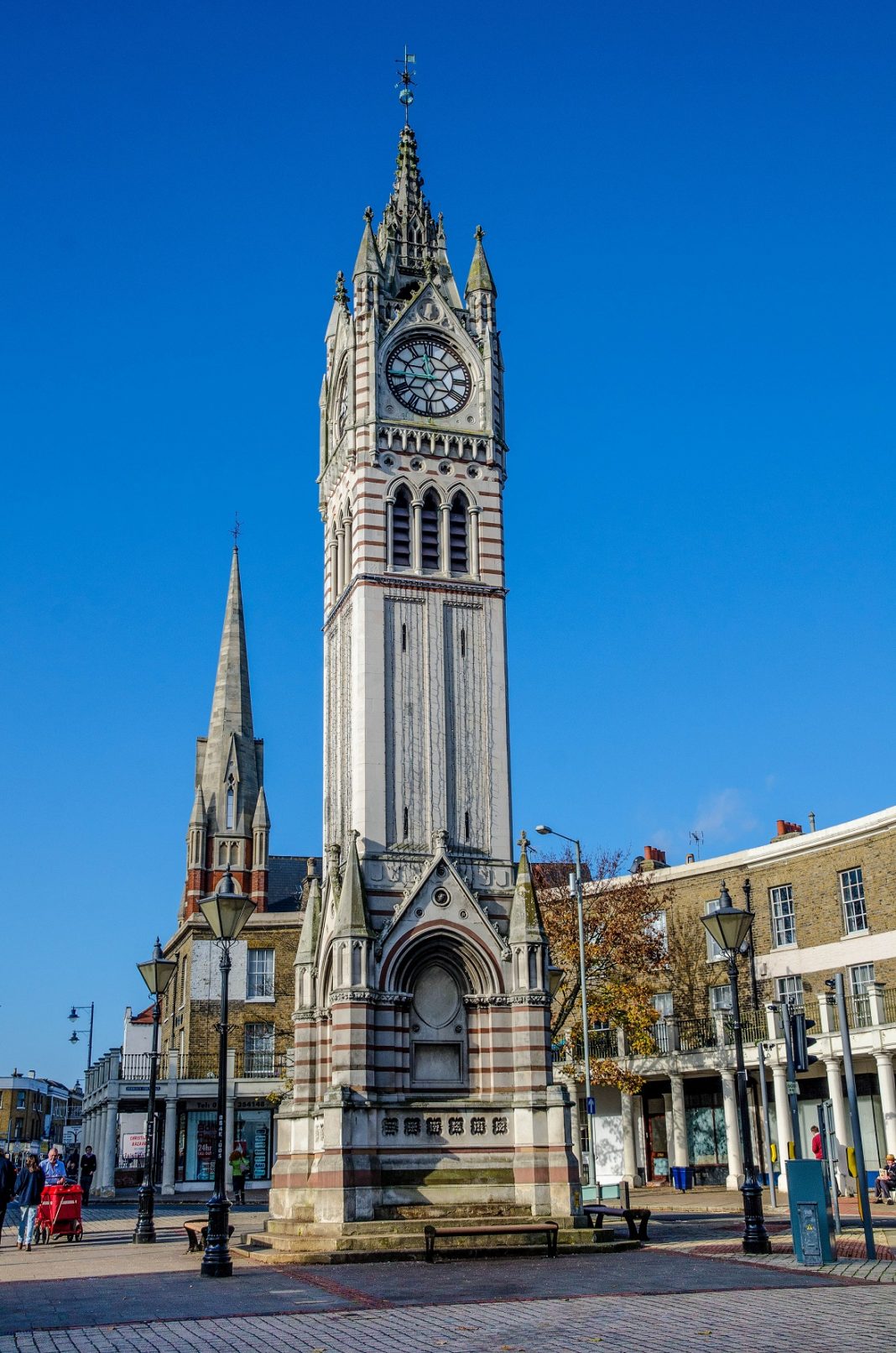 When I wrote two months ago about Letchworth Garden City as an alternative to London hotels, I felt I should also mention another town with good quality accommodation and a view of the River Thames.  Midweek rooms in London of good quality start around £180, even in a Premier Inn.  But I had an excellent suite of three rooms to myself, overlooking the river, for £120 including a good breakfast, and only 22 minutes by High Speed 1 train from St. Pancras (which is right next door to Kings Cross).

If I was looking for a family break close to London but without the capital’s prices, I would seriously consider Gravesend.  Don’t let the name put you off.  It’s where the river opens out into an estuary, with Tilbury over the other side of the river by ferry, with its interesting Tudor fort which has been used to defend the river until WW2.  It was at Tilbury Fort that Queen Elizabeth, in 1588, rallied her troops against the Spanish Armada with the words “I know I have the body of a weak, feeble woman; but I have the heart and stomach of a king, and of a king of England too!”

As well as visiting London itself, there are interesting places such as Rochester and Chatham Dockyard nearby, and shopping centres like Lakeside (on the north side) and Bluewater (on the south side) for those interested in that kind of thing. 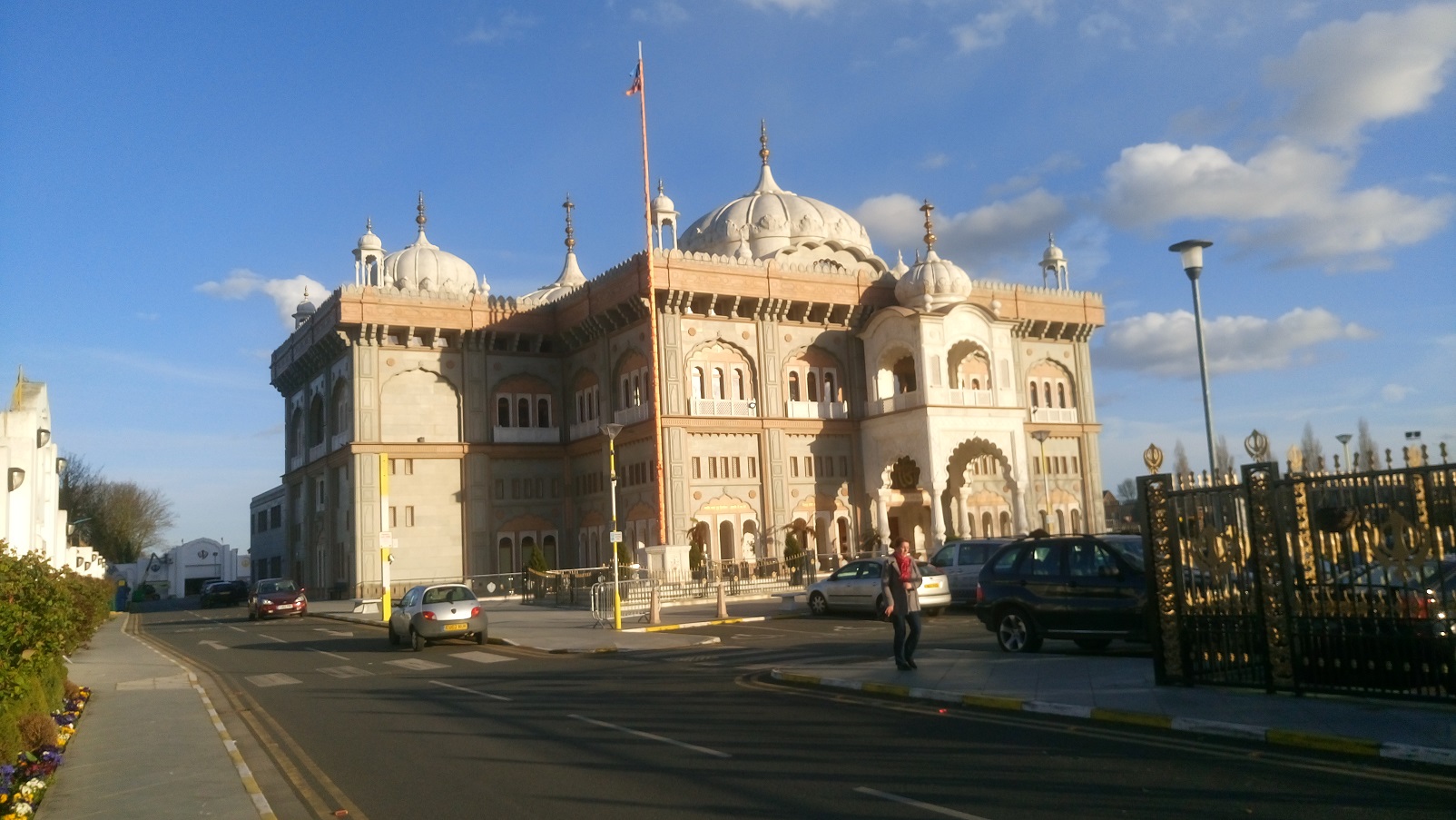 Don’t neglect the attractions of Gravesend itself though.  The Guru Nanak Gurdwara is one of the largest Sikh temples in Europe and welcomes visitors – indeed all seekers after truth – particularly at weekends.  It’s a short walk from the town centre, but best to avoid all tobacco and alcohol on the way.  The Clock Tower is famous locally, and has just been restored fully at a cost substantially more than the £679.20 it cost in 1887 to celebrate the Golden Jubilee of Queen Victoria.  The information panels state that the Tower is modelled on the lantern spire of Newcastle Cathedral, which was built in 1448.  I did not know Newcastle Cathedral was that ancient, but having checked subsequently that is indeed true.

My second visit to Gravesend this year saw me staying at the Clarendon Royal Hotel, which is on the riverside, a couple of hundred yards from the Port of London Authority Control Centre.   Staff there monitor and direct all shipping on the Thames.   Close by is the large New Tavern Fort which is now part of a large park, and was interesting to wander around in.  There are lots of ancient pubs in the older quarter of the town, including the Three Daws which is a pub adjacent to the Town Pier for Tilbury, which has existed since around 1450 with the same name. 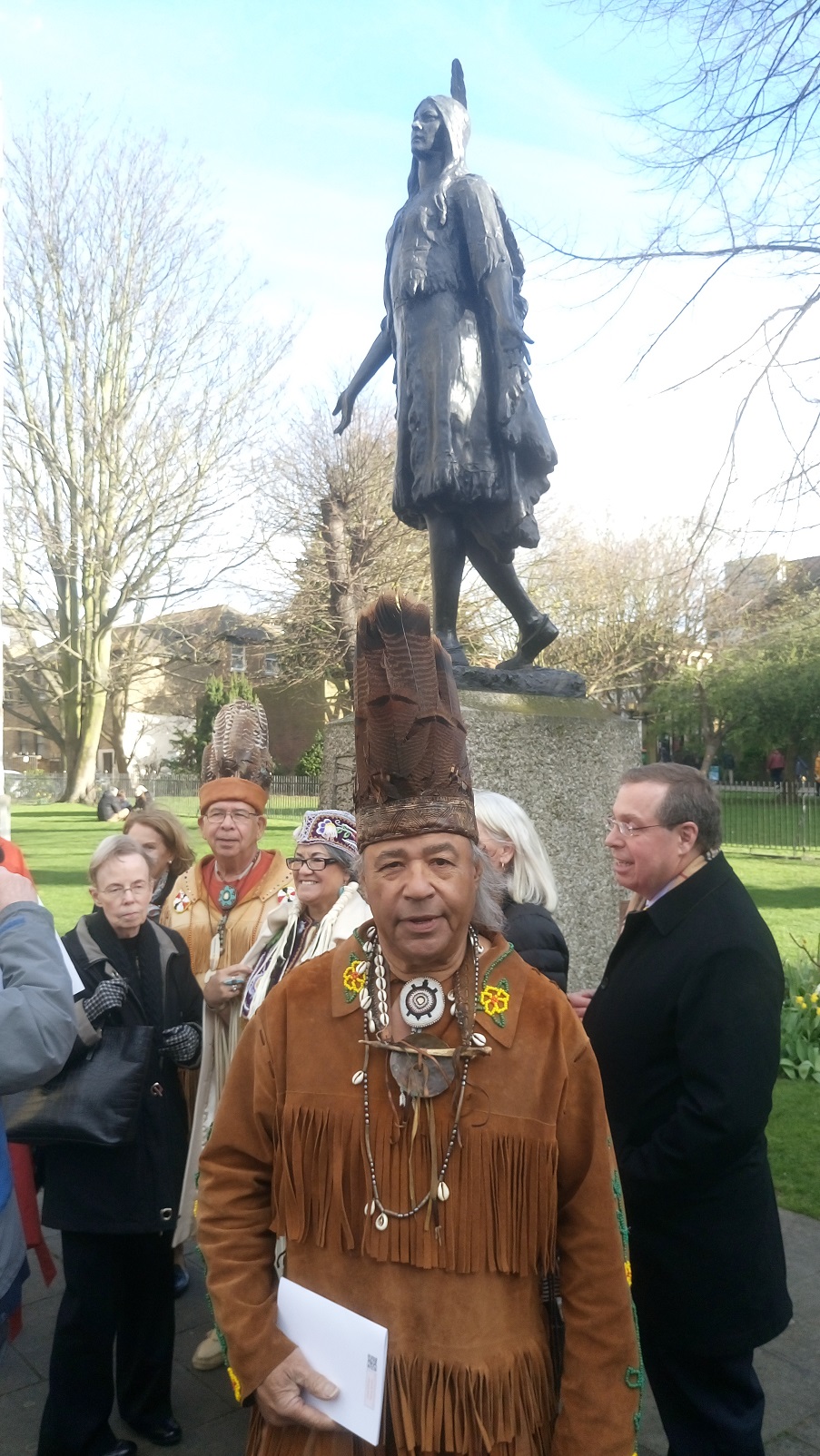 Gravesend was celebrating 400 years since Princess Pocahontas, of the Powhatan tribe of what is now Virginia, USA, arrived in the town on her way back to America, and sadly died there and was buried at St. George’s Church.  I attended a ceremony in the church attended by many guests from the USA and enjoyed a sumptuous buffet in the Mayor’s Parlour afterwards.  I even met three chiefs from Native American Indian tribes, shown in the picture underneath the statue of Pocahontas.  The inadequate Disney film had her remaining in Virginia at the end of the story, but she actually came to England, was presented at Court, and died in Gravesend on 21 March 1617.  I also attended a theatrical production the same evening until I was totally Pocahontased out!