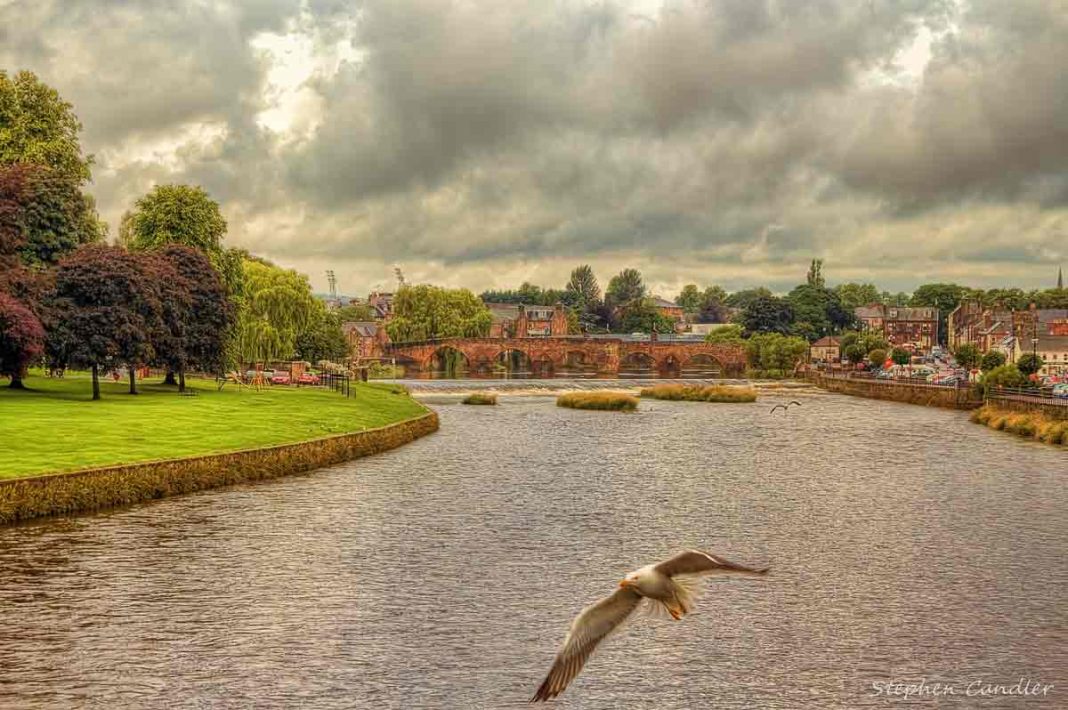 On the way to Glasgow I stopped over one night in Dumfries, a Scottish town which is a suitable day trip from the north-east, or a stopover for a short break.  I enjoyed a sunny morning crossing the Tyne Valley line to Carlisle, where the station is undergoing a major roof refurbishment. I joined the slow train to Glasgow which entered Scotland at Gretna Green and arrived in Dumfries in time for lunch.  On the recommendation of Fiona Forsythe, Community Rail Officer for the Newcastle to Carlisle line, I went to “The Usual Place”, a friendly community café which provides training for people with learning difficulties. There were many fillings for rolls, sandwiches, jacket potatoes and, being in Scotland, I plumped for sugar-free Irn Bru and haggis.  But that might be a bit dry, so I opted for brie and cranberry with haggis which raised not an eyebrow and proved very tasty. 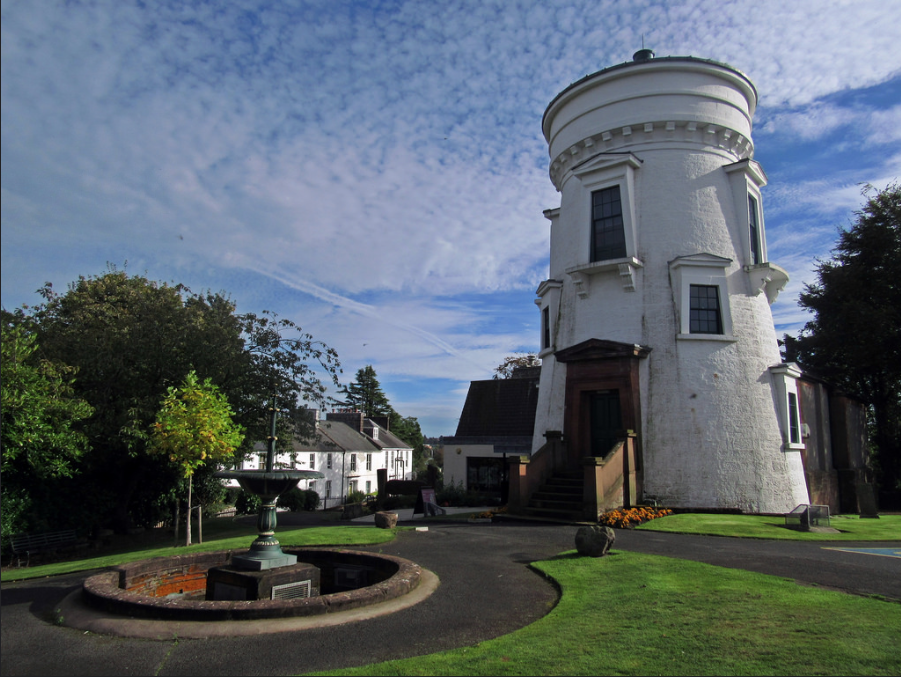 After lunch I went for a walk on the disused railway line that used to go to Stranraer (now you have to go up to Kilmarnock and then south), and enjoyed the fine network of footpaths that run through the town.  I ended up at the Old Bridge House Museum on the south side of the Devorgilla Bridge, then the Robert Burns Centre and the town museum, all free.  The latter includes a Camera Obscura for which there is a charge of £3.20. I climbed to the top of the tower for a demonstration for just three of us and saw Dumfries laid out – in colour of course – on a giant white saucer.

Back to the hotel to check in at the Station Hotel.  I asked very nicely if I could get up inside the lantern which tops the building but was politely refused.  A shame, since I am sure many people would enjoy the view.  But not of the camera obscura, which was obscured by trees.  I  had to content myself with the view over the station from the third floor, room 43, a pleasant double in the roof eaves.  Amazingly I managed never to bump my head. 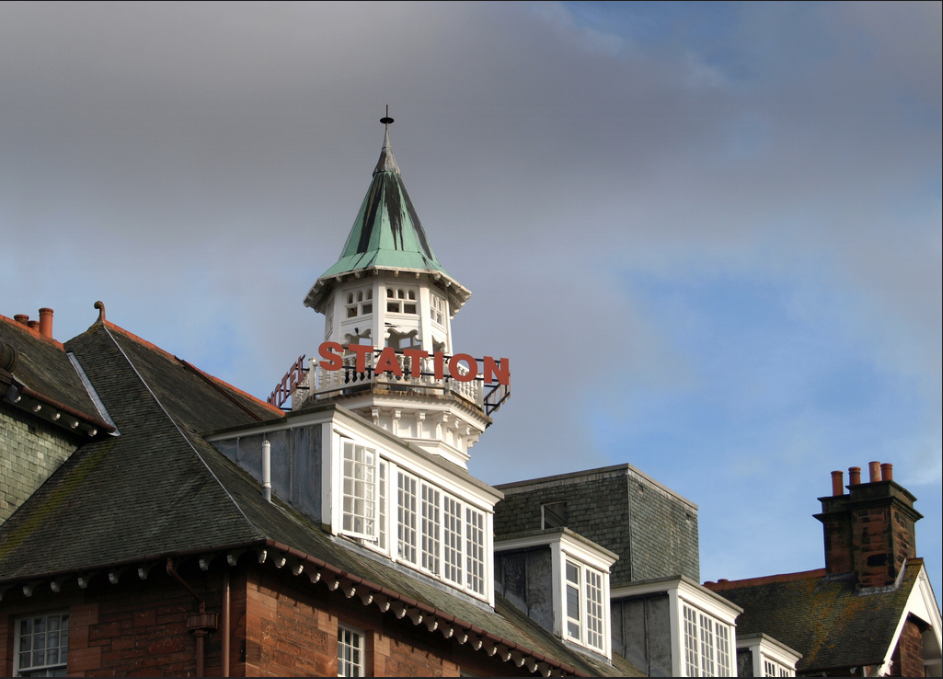 As it happened I had arrived in the midst of the Dumfries and Galloway Arts Festival so there was plenty of available entertainment.  I was tempted by the ghost walk starting at St. Michael’s Church, where the mausoleum of Robbie Burns is.  But on a summer night at 19.00 it didn’t seem particularly spooky and I went to the film theatre instead.  But I could have gone to the Theatre Royal or the single screen Odeon cinema. I was under the impression that there were no one screen Odeons left, and this one shares a building with the Gala bingo which uses the former stalls, and the cinema uses the former circle.

Robert Burns is never far away in Dumfries, and I even discovered a volume of his English verses which are easier on the southern ear. The house where he died in 1796 at the age of 37 is still standing and can be visited, also for free.  This simple red sandstone house gives a fascinating view of how the poet and his family lived and is now a place of pilgrimage for Burns enthusiasts from around the world.

Dumfries town centre is mostly pedestrianised and easy to walk around.  The river occasionally bursts its banks and the buses have to move stops above the flood plain, but the railway line is on higher ground and a reliable way to reach this interesting town.