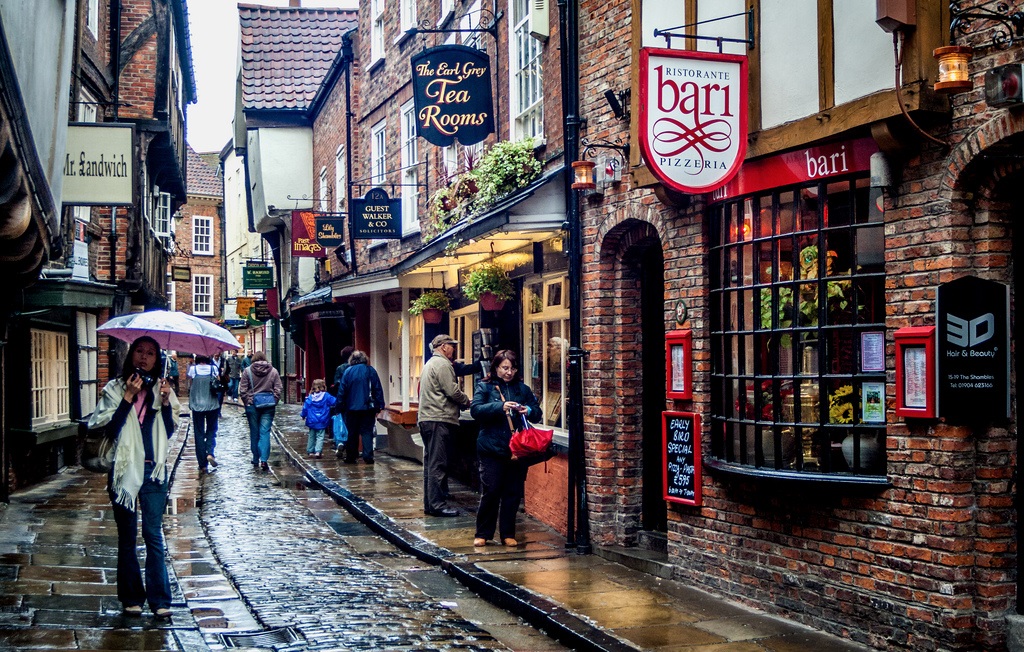 York has more world class sights and attractions per square mile than any other city in the UK.  You’re spoiled for choice.  If you like going underground, for example, there’s York Minster crypt, the Roman bath house under a pub in St Sampson’s Square, the York Dungeons for a spooky experience, the cellars of the National Trust’s Treasurer’s House with its ghostly legends of Roman legions, and a cold war bunker in the care of English Heritage.  Here the Royal Observer Corps would have plotted nuclear explosions and survived underground for up to 30 days after nuclear war began.  The bunker is outside the city centre, 1 ¼ miles from the station, walkable along the Acomb Road or use local bus 1. 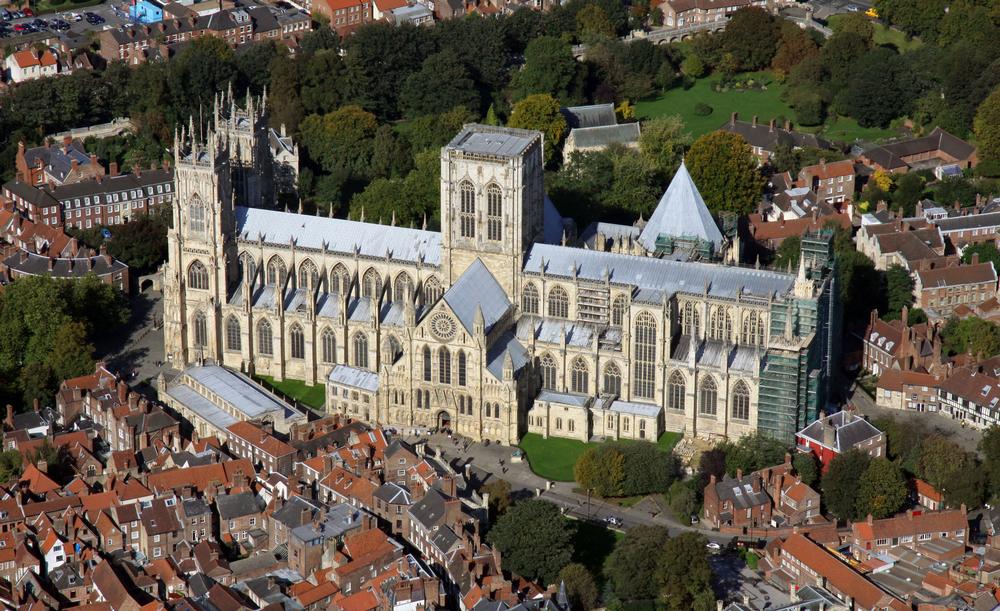 All of the other attractions are to the east of the station, except the free to enter National Railway Museum which is best reached by the footbridge and footpath from all platforms.  Afterwards it offers a half-hourly dotto train (a train which is really a tractor pulling rubber-tyred carriages) to a stop on Duncombe Place close to the Minster.  The Minster charges for admission, but if you wish to avoid this the best way is to attend a service.  Evensong is sung most afternoons by the choir and you get a much better experience taking part in the worship than paying to walk round.  Of course, the plate goes round at the end, and you’ll probably wish to make a voluntary donation.

The more energetic might try a free walk around the walls, which takes around two hours around the 45 towers, including Micklegate Bar where children will be entranced to hear the sad story of the little girl who lost the keys to the City.  Wall walking is not wise in icy weather, but should be ok in August!. 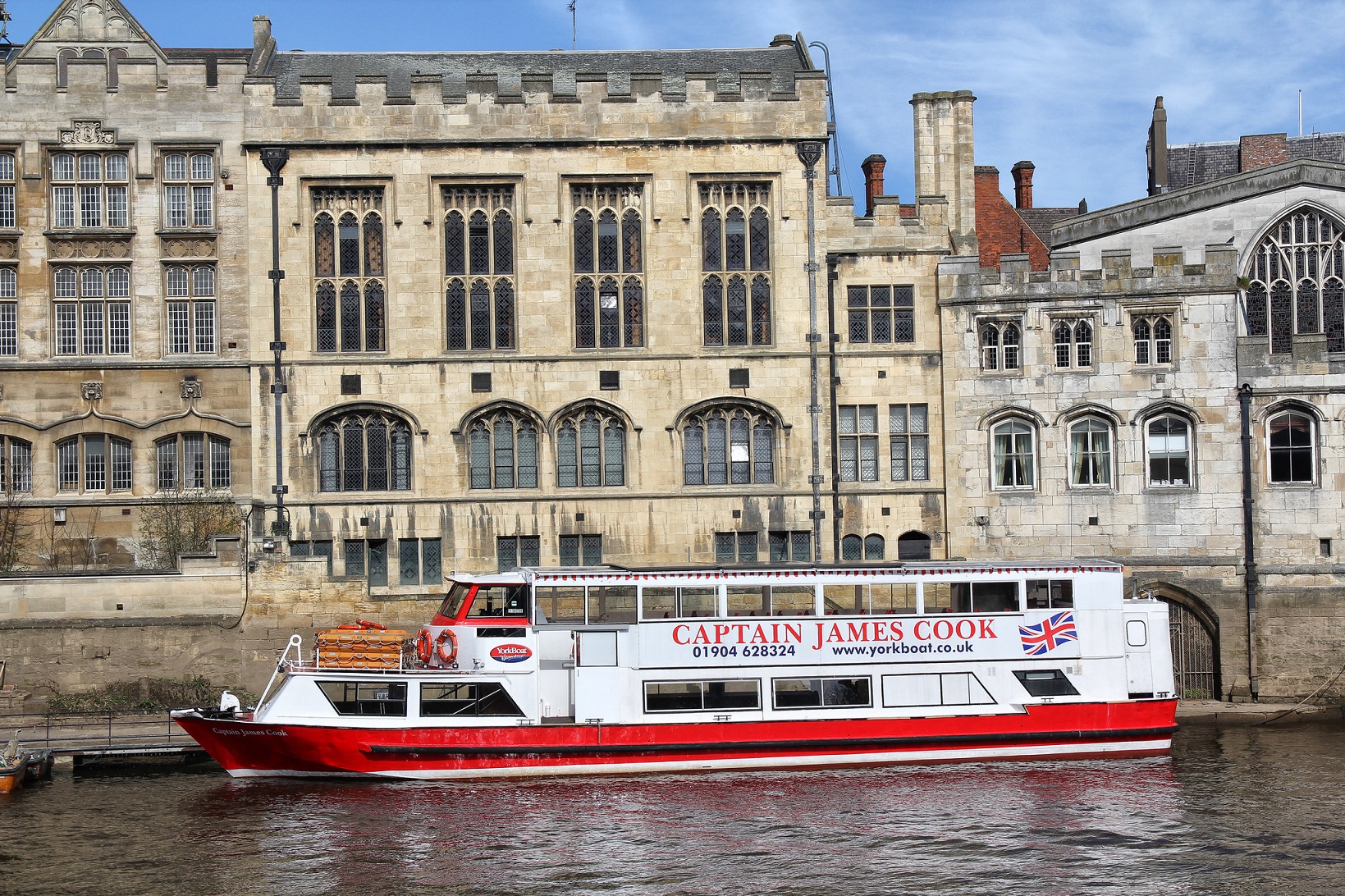 York offers plenty of opportunity for eating and drinking and staying over.  Chocoholics will love the story of chocolate in King’s Square.  I have used the Bar Convent at Bootham Bar, where the Catholic nuns are most hospitable, even to an Anglican.  The chain hotels can be expensive: on a recent trip from London to Scarborough I tried to book a Premier Inn close to York station and the best price was £130, but I obtained the same standard of accommodation at a Premier Inn close to Doncaster station for only £31.

For a relaxing trip on the River Ouse, try City Cruises York, which have recently taken over the York Boat company for £2.5m, sailing from the Lendal Bridge near the station.

Have a think about going to York on Bank Holiday Monday 28th August when the full Monday train service is operating, but the fares are at off peak rates all day.  We can promise, for example, a day return trip to York from Chester-le-Street at £17.90 with railcard discounts too, for anyone going on the 0815 or 1013 trains direct to York on the bank holiday, returning any time on TransPennine trains.  That compares with the published online fare day return of £37.80 you might buy on the internet, and good value fares are available from other stations too.  Just ring us to book on 0191 387 1387 and we’ll post tickets out to you.  Bear in mind that the Chester-le-Track team each spend nearly two thousand hours a year finding the best deals in booking tickets, so they are likely to do it quicker and more effectively than someone spending, say, four hours online a year doing the same thing.  Take advantage of our experience.