In the words of my NorthUK Radio Colleague DJ SSR, Big ting be gwarn!!

The Chunkcast 54.8 has been out and about around Derwentside focussing on showcasing some of the areas up and coming talent and some well-established local superstars. 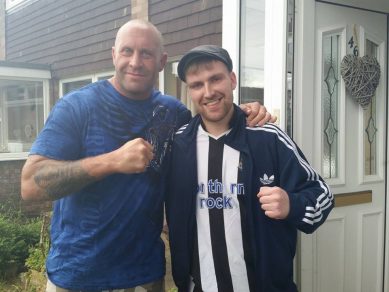 With a podcast featuring Heavyweight MMA fighter Darren Towler who brought the European Heavyweight UWC Title back home to Consett after his fight with MMA great Kamil Bazalek, Darren let us in on his training regime, pre-fight rituals and how he’s sponsoring local youth teams and charities through his new venture Bad Boy Barbers situated on Church St.

James Hobson joined us on the Chunkcast 54.8, a genuinely fascinating guy whose audio creations need to be heard by everyone. This guy’s talent is so immeasurable you need to experience it to even believe it. We talk music, theatre, life growing up with Asperger’s and what the future holds for James, definitely one of #Consettsfinest!! 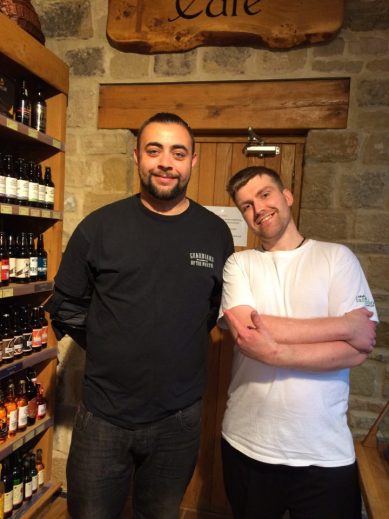 We chatted with Cain on the Guardians of The North Special confronting taboos and putting Chunkcast 54.8 listeners questions to the group which produced an interesting, informative podcast.

Phillip Marshall has a bit craic with us about being a Snooker World Record Breaker and his latest attempt at regaining his crown as ‘Longest Snooker Match’ record holder in August at Consett Snooker Club.

We also set a competition on Chunkcast 54.8, with the prize being a Bungee Jump at Consett Rugby Club.

I headed down to Leadgate with Richard Graham Judd chair of The Leadgate Taskforce for some litter-picking and networking and later joined Terri-Lee Shield and The Alt Group, helping with the cooking Christmas Dinner for 80+ hungry people at their weekly Free Community Meal. Consett’s’ charity game is so strong at the moment, a great achievement for everyone involved, Willowburn Hospice, Bright Red, North East Autism Society and GNAAS (Great North Air Ambulance) all setting the standards with events, fundraising and inspirational people left, right and centre. 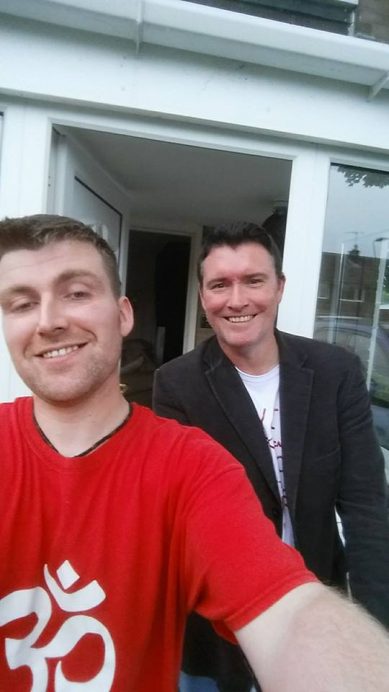 So far in the Blackhill Broadcasting Centres ‘LIVE LOUNGE’ we’ve had amazing local talent performing acoustic versions of their tracks including local Ukulele songsmith Chris Justice in a Three-Part Special, Counterfeit Youth performed some classics of their setlist including I-tunes/Spotify favourite “There She Goes”. Once you’ve heard it you’ll be humming it and singing it at work for weeks to come! Super Songwriter Andy Lee from local folk band The Ree-Vahs talked to us about his life as a musician and performed songs from his amazing album “GeordieLand” and a new track from the soon to be released EP “Man Over Board”.

It’s been a great month for local bands and if you like any of the music you’ve heard on Chunkcast 54.8 please check the social media for available free downloads, I-tunes, Spotify and up-coming gigs and events featuring all the musicians.

Also, you can listen to our weekly 2-hour eclectic music set, Chunkcast 54.8 Live! 7-9pm on NorthUK Radio, download the app and listen on your phone, tablet, laptop or PC.

As you can see it’s been a great start to Chunkcast 54.8 and thanks to all the support Consett has a place for discussion, celebration, promotions and generally giving Consett an online platform we can all getting involved with. Thank you all for youre continuing support and get in touch anytime, it’d be great to hear from you.