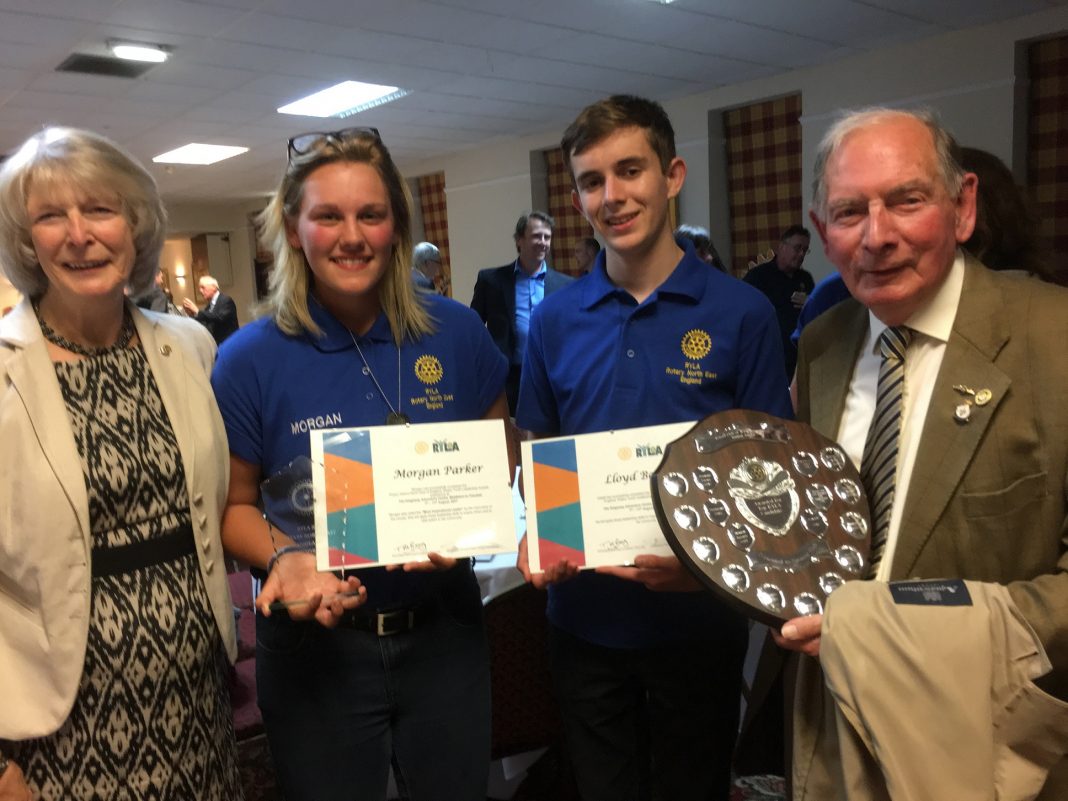 Every year in August we send young people from Consett to participate in the Rotary Youth Leadership Award Scheme (RYLA). The young people are fully funded by their sponsoring Rotary Club. The RYLA challenge takes place in Middleton in Teesdale at the Kingsway Outdoor Activity Centre and is ably led by the team from the Centre.

The young people take part in a range of challenging activities including gorge walking, abseiling, canoeing, waterfall jumping, high ropes and climbing. There are also a number of team building and leadership activities and this year they have included activities close to Rotary e.g. surviving with a Shelter Box and filtering water to illustrate the need for our WaterAid sponsorship. The course lasts five days from Monday to Friday and the young people are usually very tired by the end but many describe it ‘as the best thing they have ever done!’

Young people are drawn from Clubs from the whole of the region from Berwick to Teesside. Each Club is allowed to sponsor two young people. This year we had four candidates, 2 RAF Cadets, Morgan Parker and Lloyd Benson. We also had two others Peter Cox and Molly Worsfold. All four were from Consett Academy. Stanley Rotary kindly sponsored two so all four were able to attend.

They had a wonderful time but as usual found it an exhausting week.

On 7th September the whole group attended an Awards Presentation at the Federation Brewery in Dunstan where they gave presentations in groups about their experiences to the delight of parents, friends and sponsoring Clubs. Then Awards were presented and we are delighted to report that Morgan Parker was presented with a trophy for the Most Inspirational Leader 2017. A great honour for Morgan, her parents, the RAF Cadets and Consett.