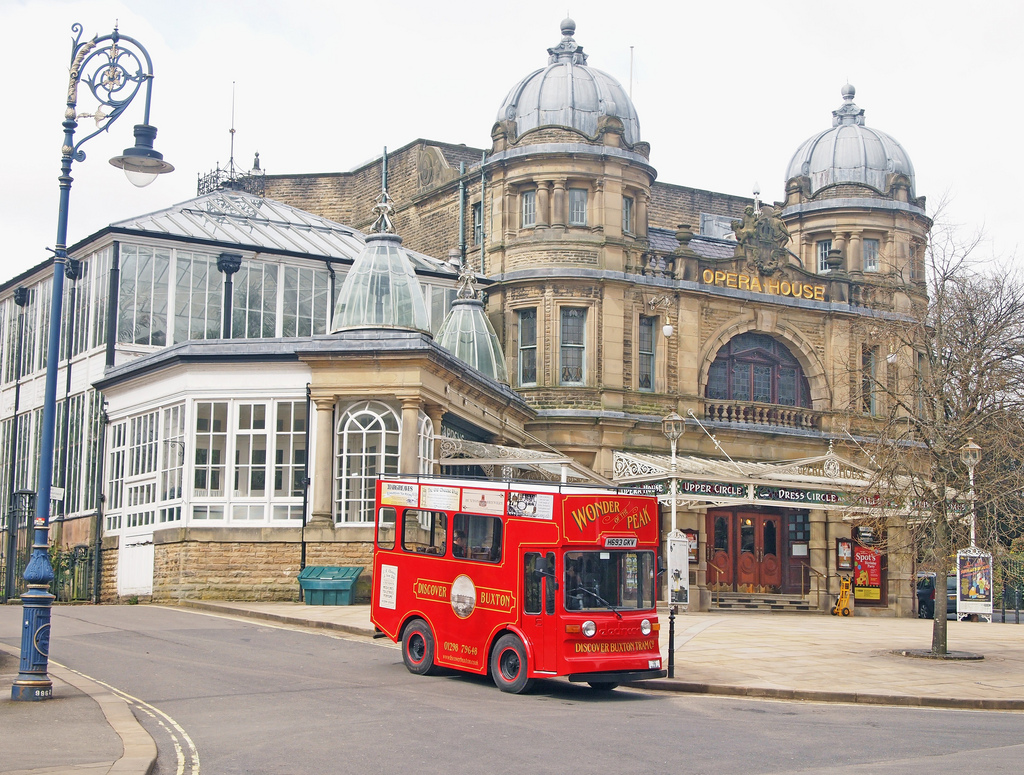 Buxton was developed as a spa town to rival Bath in the south, in one of the highest market towns in England.  Indeed, it’s a toss-up between Alston in Cumbria and Buxton as to which is the higher, both being about 1,000 feet above sea level. But you can no longer reach Alston by rail, whilst Buxton is linked to Manchester by a regular diesel service. I arrived in Buxton for a one night stay, and I cannot recall a visit researching for these articles where it rained so much.  It rained when I arrived, all evening, and all morning until I went home.  The Pavilion Gardens looked very impressive, but it was all very damp. 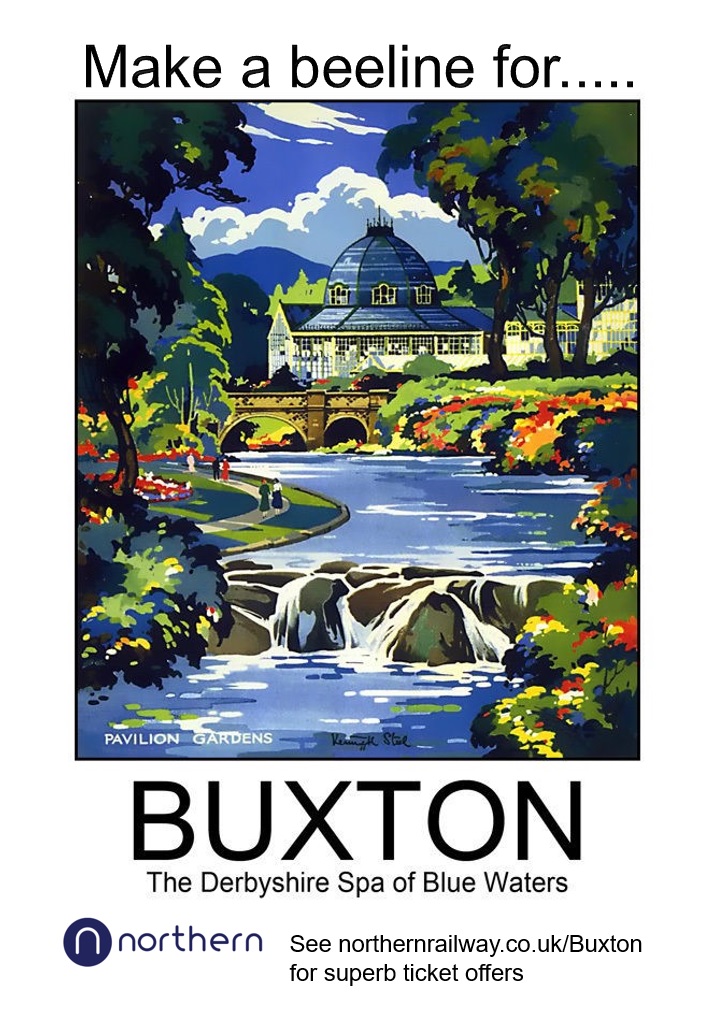 Don’t let me put you off, though. The architecture is stunning and the Crescent is being redeveloped at the moment into a new five star hotel which will update this fashionable Georgian spa town into, arguably, the finest in England. William Cavendish, 5th Duke of Devonshire was responsible for the original spa buildings between 1780 and 1789, well before the railway arrived in 1863. Two railway lines serving the town opened within two weeks of each other and had their opening ceremonies on the same day.  A few years later in 1868, the Palace Hotel opened adjacent to the station to cater for visitors. It has recently changed hands and is now in the control of Britannia Hotels, whose company motto might as well be “caveat emptor” – let the buyer beware.  I walked down a rarely used footpath down to the back of the hotel and had a poke about at the back before emerging into a service yard with, thankfully, an open gate to get out. The public areas looked inviting and attractive, but it’s up in the 122 rooms that some of the bad experiences occur.  I had chosen to stay in the Old Hall Hotel (opposite the exquisite Opera House designed by Frank Matcham), which was excellent, and not much more expensive.

The Old Hall was occupied several times by Mary, Queen of Scots, from 1573 onwards until 1584 who (not being a well lady), came to take the waters.  The thermal mineral water comes out at a spring at a constant temperature of 28°C and is piped to St Anne’s Well in the town, sometimes known as the Tuscany of the North. 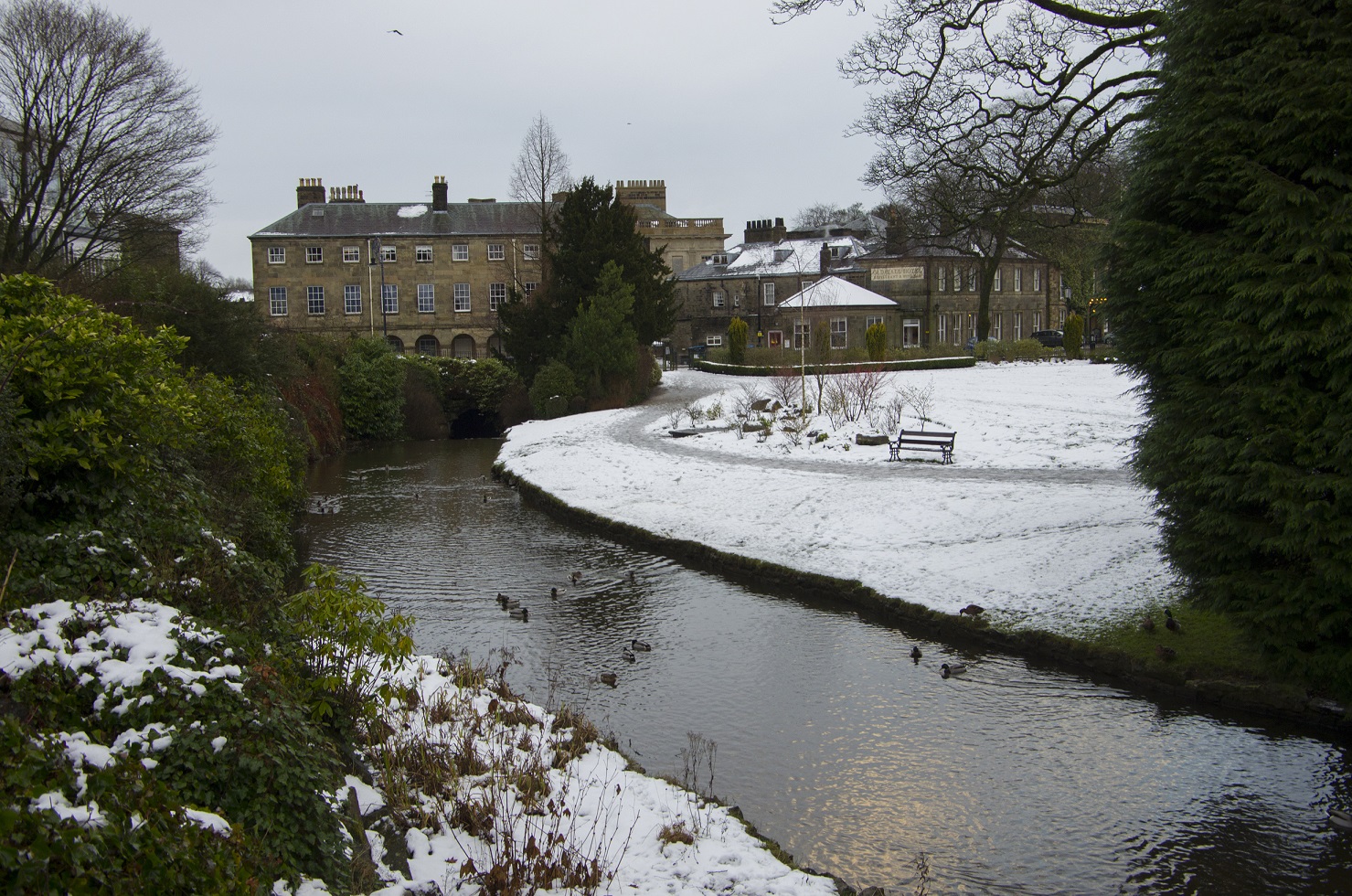 Also worth seeing is Poole’s Cavern, a limestone show cavern a mile from the town centre. You are invited to take a Journey beneath the earth with expert guides, to explore the vast limestone caverns and see how crystal stalactites have lined the chambers over millions of years. Thereafter, stroll though beautiful woodland trails to a panoramic Peak District hilltop viewpoint.  I was pleased to see the attraction was open through the winter 10am-4pm, with tours at weekends every 20 minutes, and during the week at 10:30, 12:30 & 2:30. More, of course, in the summer.

Outside the Opera House is a pick-up point for the little red “Victorian” tram which carries eight tourists at a time around the town centre and nearby attractions.  If it looks rather like a milk float, that’s because it is.  On the north side is the huge Devonshire Dome, bigger than St. Paul’s Cathedral dome, which is now used by the University of Derby as part of their campus in the town.  It is both massive and unsupported, and its café would be a good place to stop for a coffee.  Buxton has a compact town centre, with the railway station to the north, with an hourly service to Manchester and trains home to the north east.