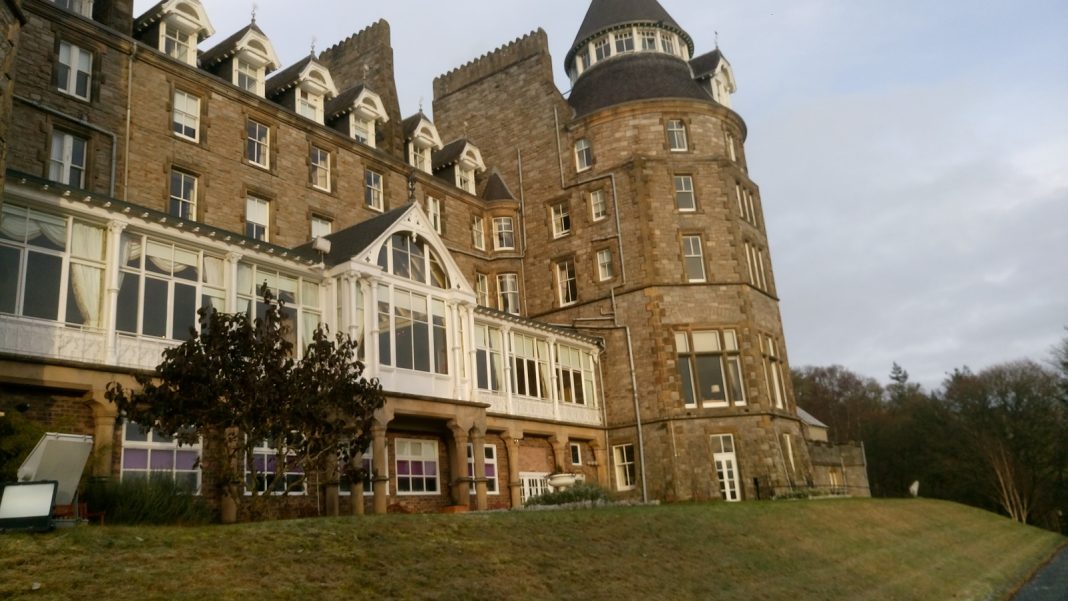 For a winter break in February, before winter turns gradually into spring, consider the Scottish Highlands, and particularly the Perthshire town of Pitlochry which welcomes visitors all year round.  There is a direct train from Newcastle every day, the Highland Chieftain to Inverness, which calls at Pitlochry but it leaves mid-afternoon and returns in the morning, which rather eats into your days away.  I changed in Edinburgh and travelled with Virgin Trains East Coast and Scotrail for £45 each way First Class, cheaper still in standard.

It was icy underfoot when I arrived, so I was pleased to see the McKay’s hotel clearly at the end of the road from the station. Check in was friendly and efficient, and the barman took me over the road to the annexe (in his shirtsleeves no less).  I would  have stayed in the grander Atholl Palace Hotel but they wanted £516 for two nights as opposed to £92 in McKays.  But I went to the AP for a Christmas concert on my night of arrival. 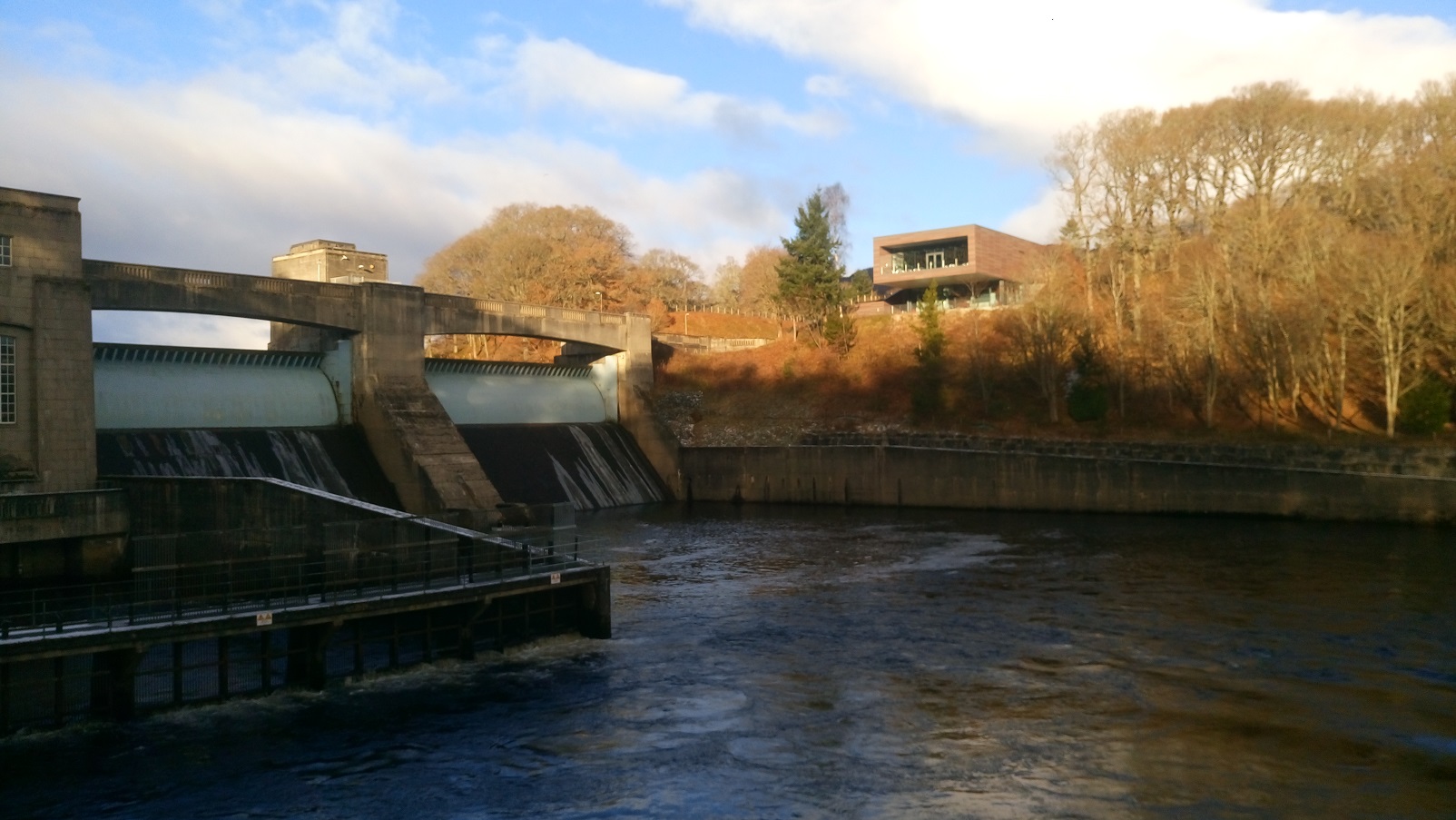 On the Monday I had a walk around the Pitlochry Festival Theatre, which was busy, and walked past the fish ladder to the hydropower station and new café and exhibition centre. There was little snow in Pitlochry – in fact I saw more in Stevenage later the same week – so I elected for a train trip to Dalwhinnie which has a remote distillery off the A9 and a brisk walk from the tiny railway station which boasts only a few trains each day, including a Sleeper to/from London.

The journey from Pitlochry to Dalwhinnie crosses the Drumochter Pass, and because my train was cancelled owing to a signalling problem, I got to travel by taxi along the road in one direction and by rail on the way back.   En route, the railway reaches the greatest height of any line in the UK at Drumochter Pass (as the highway authority calls it) and Druimauchdar (in railway parlance) at 452m (1484 ft).  Purists will be interested to know that the highest STATION is Corrour on the West Highland Line, but the Pass is higher than Corrour station. 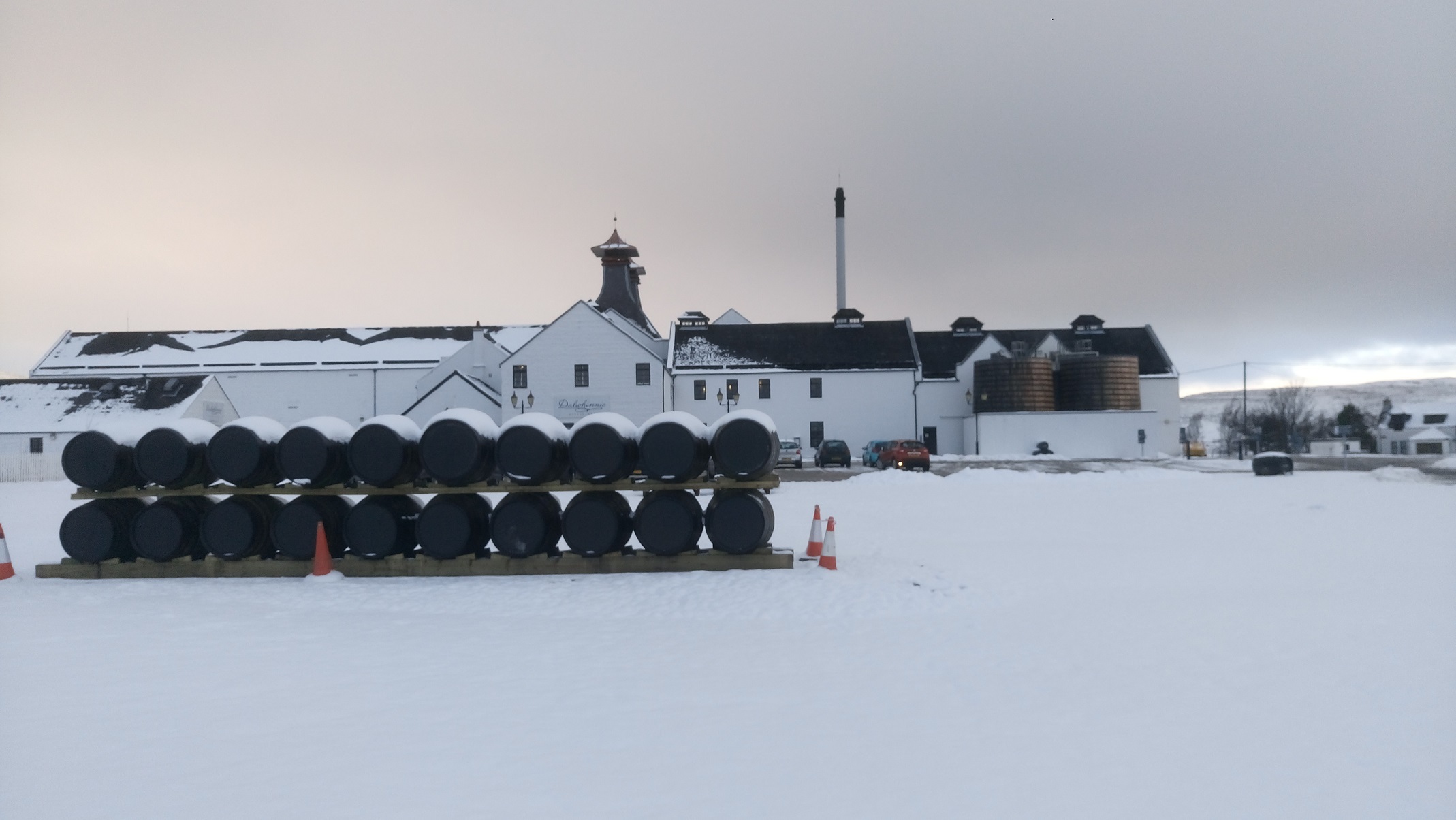 I was provided with a taxi, incredibly, from Perth which arrived at Pitlochry nearly an hour later. I was on the point of abandoning my trip, but I knew Dalwhinnie had recently won an award for their distillery tours, and, to celebrate, they were offering a FREE distillery tour which beckoned, and the advantage of the taxi arriving 75 minutes late was that I get a full refund of the train fare.  The tour was good, and so I could catch the train back they allowed me to do the tasting before the tour and absent myself at the end.  I bought a bottle of Winter’s Gold single malt, a product of Scotland’s coldest distillery.

On the Tuesday I was visiting the Blair Athol distillery in Pitlochry and decided to walk up to the AP for lunch, although the two courses for £17.95 was rather more than I wanted. I therefore enjoyed the signature Cullen Skink with fresh bread and a large glass of wine in the otherwise deserted restaurant, overlooking rural Perthshire. I enjoyed the grounds, the museum, the ambience of the Stag’s Head bar, my lunch and (two nights before) the concert.

There was snow on the ground at home tonight. A great opportunity to open up my Dalwhinnnie distillery bottle of Winter’s Gold in a lovely icy blue bottle.  The bottle was a pleasure to open and savour the undiluted spirit first, and a bit of fresh snow dropped into the glass revived it into something else.