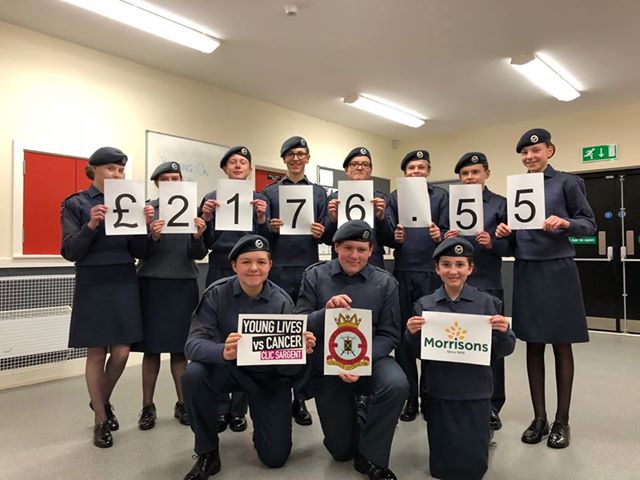 Cadets and staff from 1409 (Consett) Squadron Royal Air Force Air Cadets were packing bags in Morrisons Consett on Saturday and Sunday [27th & 28th]. This was part of a wider scale regional bag pack where all squadrons in the North of England were packing bags at their local stores simultaneously.

The cadets helped shoppers pack their bags as items flew through the checkouts during their two six-hour stints, and thanks to the generous shoppers of the store, they managed to raise an amazing £2176.55. 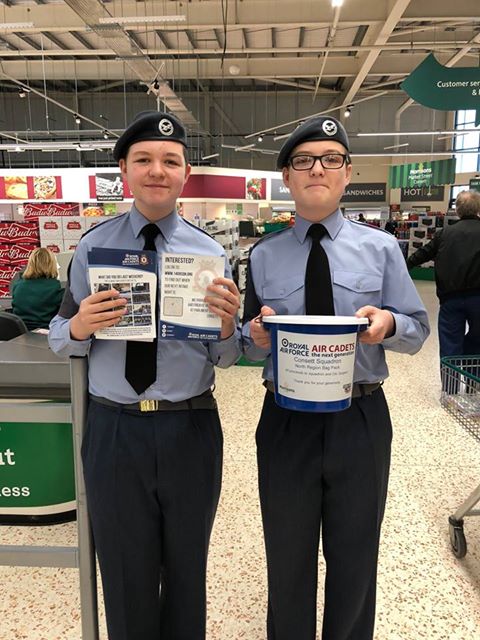 Squadron Adjutant, 1409 (Consett) Squadron, CI Luke Bateson said “I think it’s fair to say this has been a hugely successful bag pack – in every respect. The squadron’s cadets & staff who took part did an excellent job and worked well with Morrisons staff who were extremely supportive.”

“We have also received many positive comments regarding the behaviour, smartness and helpfulness of the cadets from customers who were in the store”

“On behalf of the squadron, I would like to take this opportunity to thank everyone who took part and a massive thank you to the Morrisons customers for their outstanding generosity.”
The money will be split between the squadron, Air Cadets North and Clic Sargent – a cancer charity supporting children, young people and their families.