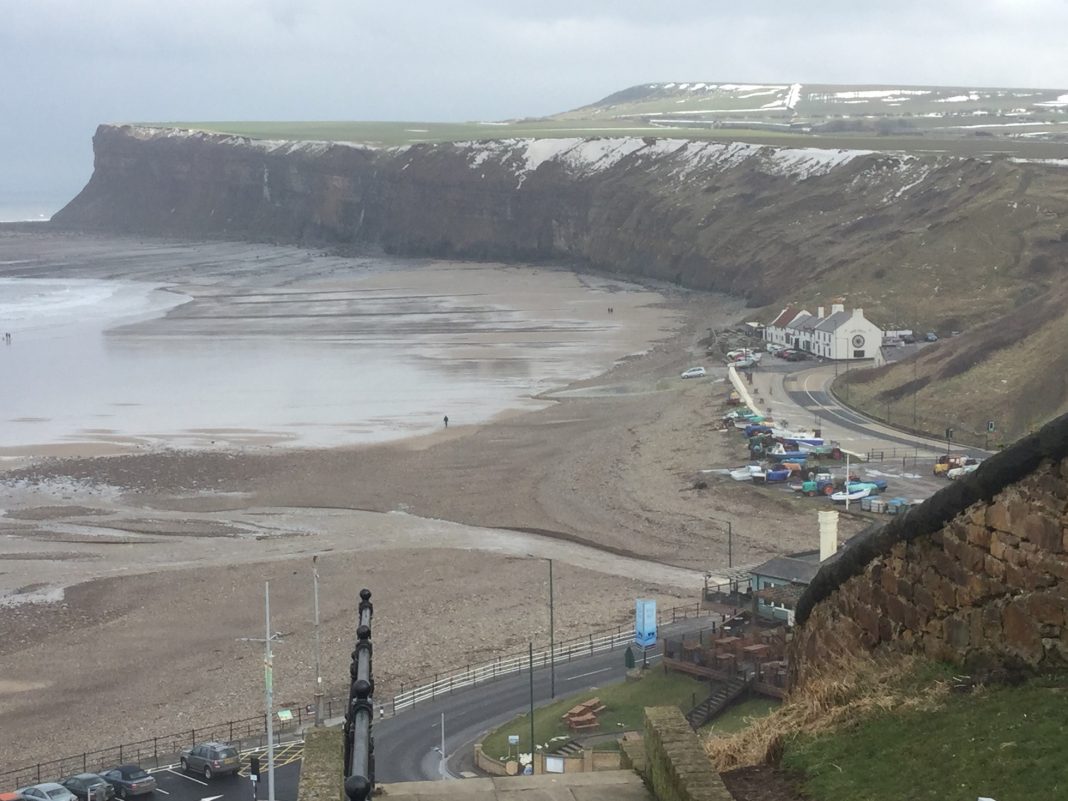 We shall not cease from exploration,

In 1858, while walking along the coast path towards Old Saltburn to visit his brother Joseph in Marske, the railway builder Henry Pease saw a prophetic vision of a town arising on the cliff and the quiet, unfrequented and sheltered glen turned into a lovely garden. The Pease family owned Middlesbrough Estate and had control of the Stockton and Darlington Railway which first opened in 1825. The S&DR agreed to develop Henry’s vision by forming the Saltburn Improvement Company (SIC) and the railway line was extended to the town in 1861.

Land was purchased from the Earl of Zetland, and the company commissioned surveyor George Dickinson to lay out what became an interpretation of a gridiron street layout, through which the railway ran to the very centre, now Station Square. With as many houses as possible having sea views, the layout was added to by the so-called Jewel streets along the seafront—Coral, Garnet, Ruby, Emerald, Pearl, Diamond and Amber Streets, said to be a legacy of Henry’s vision.

The town was developed by the railway company and the SIC, and after securing the best positions for development, money was raised for construction by selling plots to private developers and investors. Most buildings are constructed using ‘Pease’ brick, transported from Darlington by the S&DR, with the name Pease set into the brick. The jewel in Henry Pease’s crown is said to have been The Zetland Hotel with a private platform into which carriages could be shunted, still visible to this day behind the apartment block into which the original Hotel has changed. 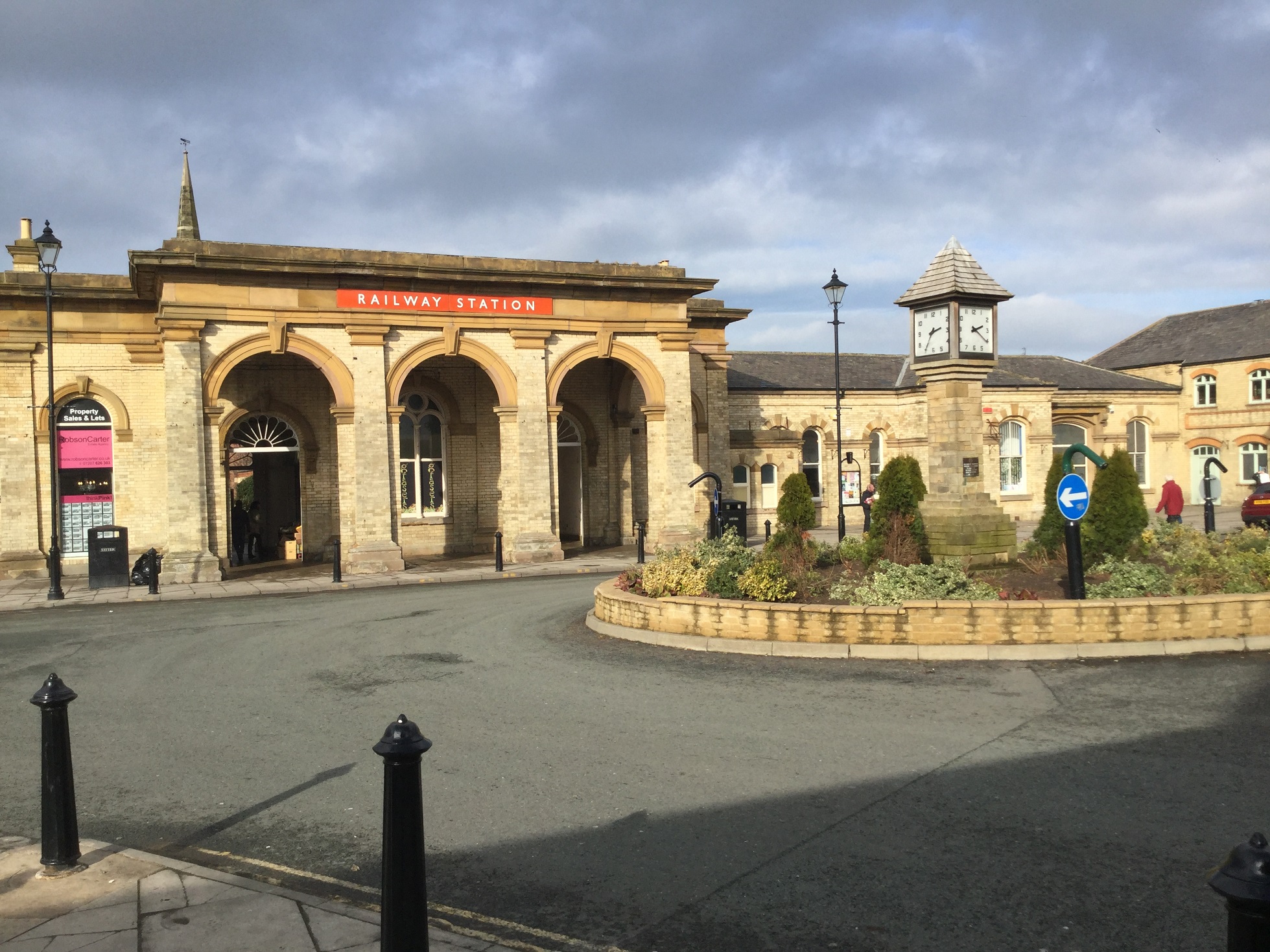 I last visited Saltburn on 5th March as the thaw was melting the previous week’s heavy snowfall with my stepdaughter Melissa. We went for a wander round the clifftop, delighted in the architecture of the town centre, and found a tiny and rarely open vintage shop called Polyester.  We enjoyed an excellent lunch in Coco and Rum, a Thai restaurant on the south side of Station Square, where we both had a good lunch including drinks and coffee for £31.75.   The coconut soup with chicken was delicious.

Saltburn is famous for its pier, illustrated, and the Cliff Lift that rises south from the pier to the top of the town, saving a walk up or down the steep hill.  Or it would if it were operational, but at the moment the two lift cars are away for repair.  Each car on its separate track counter-balances the other with the descending car given extra weight to raise up the ascending car by use of water in a tank.  For regular visitors it looks quite odd to see the inclined railway with no passenger cars, but I am told they will be back in operation for the summer season.

Trains run to Saltburn on the line from Middlesbrough and Darlington (twice an hour daytimes) and Bishop Auckland (hourly).  Connections are available from Durham, Chester-le-Street, Newcastle and

Cramlington at Darlington, and from Sunderland at Middlesbrough.  Day returns are available from most stations in the north-east.  The original station building is no longer used as such – trains terminate just to the left of the picture instead.