Home History Jack Benson, The Life of a Victorian Fellow – By Alf Smith 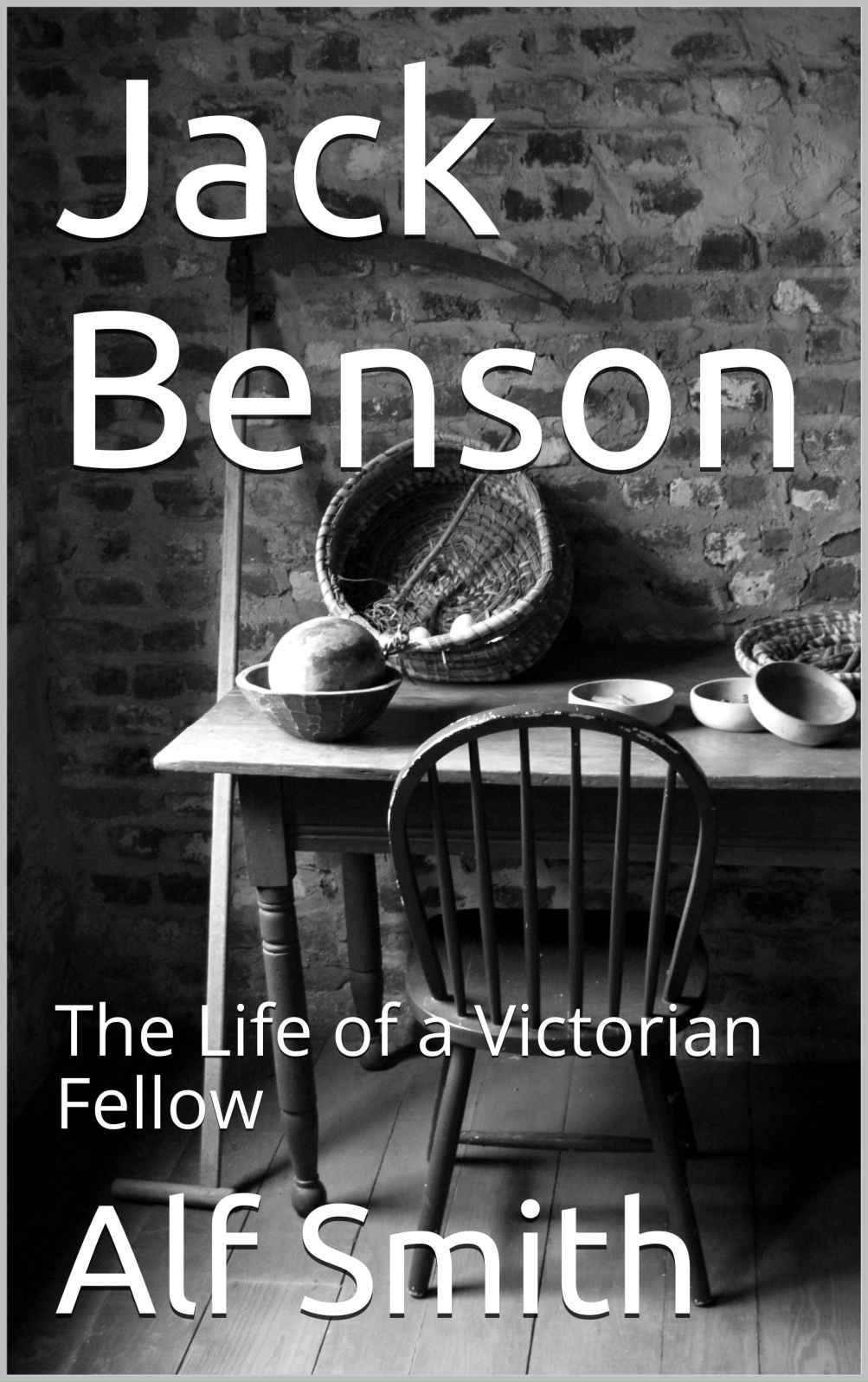 The year is 1850 and Jack Benson sits alone in the hovel that functions as his home and contemplates on the wretchedness and misery of his life. With no appreciation, discernment or interest in conducting a normal life that is composed of honest endeavour, he concocts a plan that will transport him from his present life of impoverishment, squalor, and misery of existence, along a path that that will guide him to the fulfilment of the needs and desires that his dreams declare he deserves.

As time expends itself in its own inimitable fashion, Jack’s attitude and values begin to modify into the realm of hitherto unknown qualities of integrity, ethics and morality. When Jack eventually commits to the mutual attraction of a lady, he begins to like himself, for the first time in his life, and, with this knowledge, he craves to improve on the blank canvas of his mind.

The story takes Jack and his friends along a life that existed in an interlude of the world that was known as the Victorian era. This was a period that was characterised by an economic explosion of activity, national change in numerous directions, the development of refined sensibilities, and a period when the British Empire expanded into the largest realm of governed authority that has ever been known to mankind.

The story is told by Jack, in the first-person perspective and, as you will surely grow to like him, you will never be quite sure of just what, exactly, will happen next.

A brief portrait of the Author, Alf Smith

I was born in 1950 in the small coal-mining village of New Brancepeth, located five miles from Durham City. After leaving school at the age of 15, I worked mainly in factory jobs until joining the Army in 1973 and served in Germany, Cyprus and UK for the next 8 years. I then joined the ranks of the expatriate worker and worked on a variety of administrative contracts in Saudi Arabia until 2000. During this period, I was present for the whole of the Gulf War, the death of a King, the bombing of the US military complex near Dhahran, and the revolt and arrest of women as they staged a car sit-in within the middle of Riyadh. Since my return to UK, I have worked primarily in an administrative capacity, working on contracts in conjunction with Durham Council, The National Police Training Centre, the NHS, Durham University, the Bishop of Durham, and, for a year, as the Durham City Ambassador for the BID (Durham Business Improvement District). I also worked for a year as the curator of the extremely large, prominent, established Victorian building located in Old Elvet that is called the Old Shire Hall. I have always been sports-minded and represented the Army at football and tennis. The sports that I played in Saudi Arabia were racquetball, horse-riding, golf, tennis, darts, snooker, and road-running (culminating in the completion of the Saudi marathon). I now reside in Consett with my American-born partner Louanne and spend my time watching sport, walking my border collie named Sasha, and writing. The novel that I have just published was done at the urging of Louanne, as I had previously written hundreds of pages about horse-racing, history, remembrances of the past, and poetry.

The book can be obtained by visiting Amazon Bookstore and typing Alf Smith or Jack Benson into the search area. The cost of the book in Kindle form is £1.99.