Home History The Sinking of a Ship and the Local Girl who Survived –... 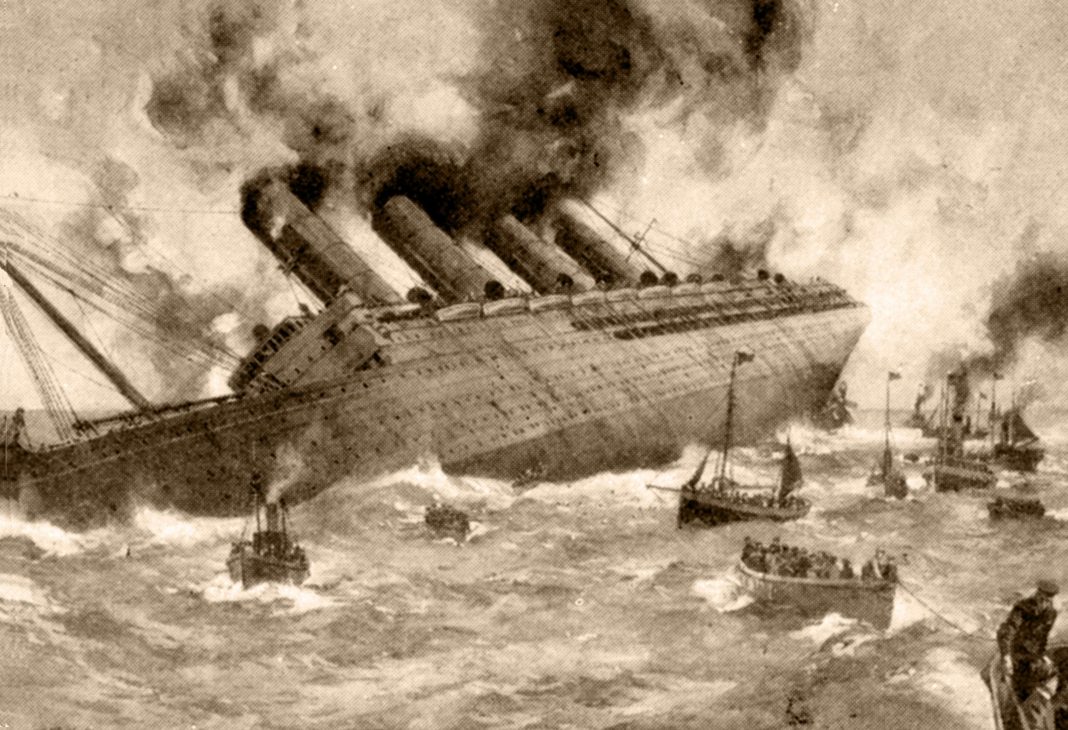 Elizabeth Tirzah Todd was born 19th December 1866 in Leadgate, Consett, Co Durham daughter of Edward Todd a local Butcher and Grocer and his wife Emma Maria nee Oxley. She married Thomas Peacock a Colliery Surveyor at Sacriston on 2nd May 1890. The couple had their first child Winifred the following year also in Sacriston before moving to Staffordshire. There the couple had 3 more children Walter in 1895 who died in infancy, Thomas Edward Todd in 1898 and finally Joseph in 1899 who also died in infancy.
A few years later in 1905 Thomas decided it was time to make a new life for the family and headed for the United States, eventually ending up in Arizona. Elizabeth and the two children joined him 6 years later aboard the Lusitania, departing Liverpool 22nd January 1911 bound for New York. Like many people of that time, they saw the USA as a new beginning with better prospects and a new way of life.

Within a few years the family had settled into their new lives in Jerome, Yavapai, Arizona and all was going well. Thomas was employed in a good job, Winifred had married, Thomas Edward was in school and Elizabeth had fully embraced her new community. However disaster struck, Thomas took ill and died on 26th December 1914. The family were devastated. 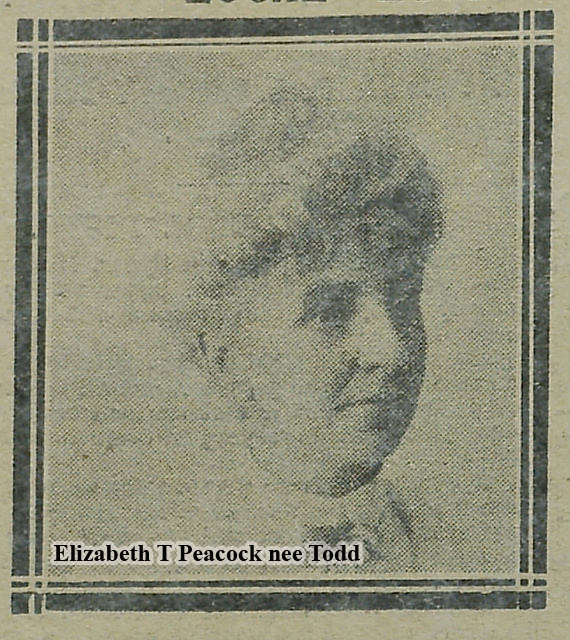 Soon Elizabeth’s thoughts turned to family and home. So she booked her tickets on the very ship on which she had travelled 4 years previous. So carrying 1,959 people (1,257 passengers and 702 crew), the Lusitania left New York on its 202nd Atlantic crossing on 1st May 1915 with Elizabeth and son Thomas Edward aboard. It was to be a journey that would forever stay in their memories as well as change the course of the “Great War”.
In response to Britain’s blockade of Germany the Germans announced a policy of “Unrestricted submarine warfare” and would fire on any ship showing the British or allied flags. In March they had carried out this threat by sinking the HMS Falaba off the coast of Ireland with the loss of over a 100 lives. But many believed this to have been a one of incident.

It was Captain Turner who in charge of the Lusitania and was flying a neutral flag. He had also been warned that the German U- Boat’s may still be in operation in and around the Irish channel and to keep up his speed and make zig-zag movements in and around those waters. Unfortunately the weather on that ill fated day was heavy fog giving poor visibility, so Turner reduced his speed and took a direct line route believing that there would not be a problem.

At 2.09pm on the 7th May 1915 only a 11 miles off the coast of Ireland, Elizabeth and Thomas Edward found themselves amidst sheer panic. A German U-Boat captained by Captain Schwieger from a range of 700 metres ordered his men to fire a torpedo hitting the Lusitania directly on its starboard side.

Within 18 minutes and amidst sheer chaos the Lusitania sunk with the loss of 1,195 souls, both British and American. In all, only 289 bodies were recovered, 65 of which were never identified The remaining survivors aboard life rafts (many of which had overturned while lowering into the water) and anything else that could float watching in horror, Elizabeth and Thomas Edward amongst them. Many of the survivors claim to have heard a second explosion just prior to the final sinking of the ship, but the U-boat captain disputed that saying that only one shot was fired. It was almost 2 hours before rescue came. 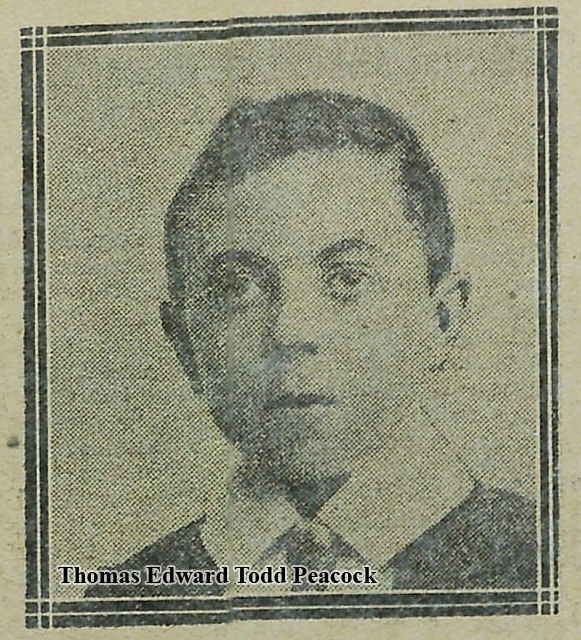 The US government condemned the action as cowardly and although it was two more years before they entered the war state this as one of the main catalysts. Elizabeth and Thomas Edward were rescued and eventually returned to England along with the other survivors to awaiting crowds who had gathered to meet them. It was a time of heavily mixed emotions sad and sombre for the people with lost loved ones and joy for the fewer who had survived.

A day later on the 10th May they eventually arrived at Elizabeth’s sisters home in Burnopfield, Mrs Boland, wife of Doctor Boland. The pair had been very lucky and spent the next 2 months catching up with their family in and around Consett and Stanley area’s before bravely boarding the ship “New York” on 10th July and heading back to Arizona.
Elizabeth the local girl from Leadgate who braved the adventures of the new world and survived the sinking of the Lusitania finally past away in 1952 in Riverside, California, USA at the grand age of 86.