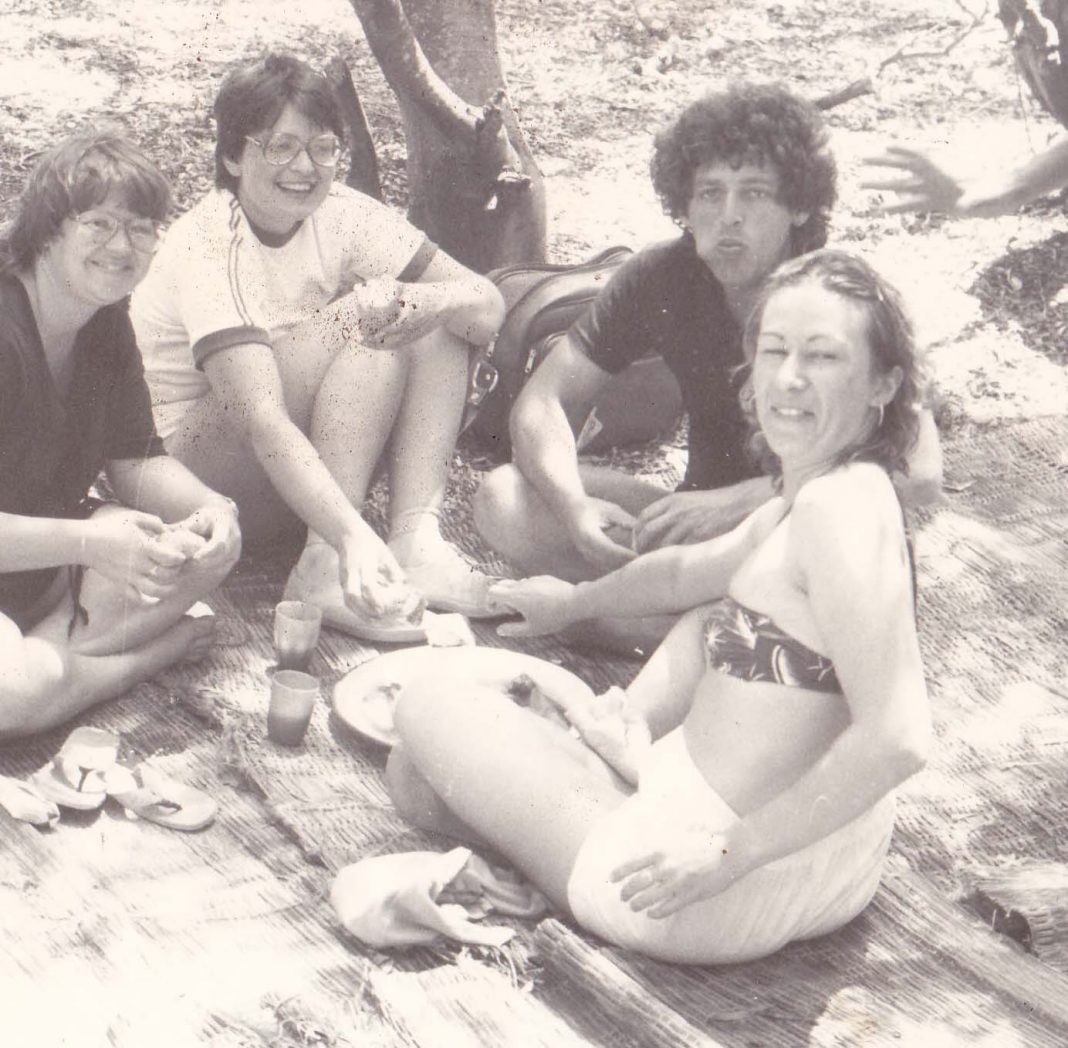 I’ve always loved the film Casablanca. Watching it when I was young with my mother I perceived it through rose coloured glasses enamoured by the love triangle between Ingrid Bergman, Paul Henreid and Humphrey Bogart, totally unaware of any back story or conflict.

So when it was time to look for a summer holiday, the brochure in the travel agents in Middle Street caught my eye immediately, with a huge advertisement on the front for ‘Camp Africa’ in Morocco.
With enthusiasm on my side I persuaded my friends that living in a mud hut for two weeks would be great fun and it only cost £99 for the whole holiday! Furthermore it was advertising trips to Casablanca! 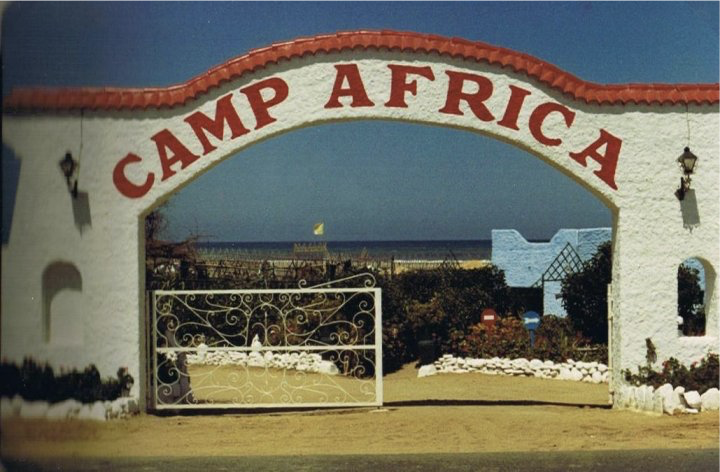 Equipped with back packs and factor 50 we flew from Manchester to Tangier and were transported by coach to the camp near Asilah. With my romantic head on I marvelled at the basic accommodation close to the beach and the cold outdoor communal showers – that ran out of water at 10am daily. Ignoring the looks on all my friends faces, I promptly signed us up for horse riding along the beach and a camel trek, determined to have an adventure.
And we did. Sharif with a mouthful of gold teeth was in charge of horse riding. After asking our names he paired us with horses he thought would suit and spent the whole hour laughing that he had given Janice, Tonic!

We rode along the beautiful beach with the Sirocco winds blowing in our hair – or at least four of us did. – Tonic was drawn to the sea and nothing could persuade him to move as he stood perfectly still, knee deep in water staring at the horizon.

The July heat was blistering and our fair northern skins couldn’t cope. This was when we noticed Fatima, a large local lady who seemed to be smearing mud over people’s bodies to help them tan. Of course we joined in.

Standing in only our pants outside the toilet block we paid upfront to be covered form head to foot in what we found out later was henna, yet it did the trick and we didn’t burn.

The camel trek was something else. Not the most comfortable way to travel but certainly enjoyable.
We were taken on a picnic and encouraged to play party games and pose upside down for photos. I think the free drinks they doled out on the journey may have encouraged us to play to the camera.
There seemed to be loads to do and we wanted to do everything. For me it was going on a day trip to Casablanca to sing ‘As Time Goes By’ in Rick’s Bar. Hollywood has a lot to answer for!

At the last minute the trip was cancelled as the rep said they had been advised not to go because of unrest. Extremely disappointed but determined to make the best of things we took the bus to the bazaar. Here, our guide – who must have been on some kind of commission – whizzed us through the winding streets to his mate’s carpet and leather shop. Once inside we were harassed to buy, and when we asked prices were encouraged to barter. Getting the the hang of it after a while we managed to get the prices down.

However that didn’t stop us leaving with at least three handbags each. I looked like a contestant from Crackerjack as I attempted to juggle a leather pouffe, a fez, four leather bound lighters and a pair of pointy turned up at the toes red leather sandals!
After this eye opening shopping experience, at the end of the first week, weary with cold showers, the scuttling insects, the wafer thin mattresses on earth floors and the basic tummy crunching food; we decided a trip to Gibraltar was on the cards and caught the boat from the port.

On arrival we delighted at the cute restaurants serving tea and Heinz tomato soup. We relished every mouthful and debated staying there for a few days pooling our money. Of course we couldn’t afford to do that so we drowned our sorrows by sightseeing and having our photos taken with the monkeys on the rock – known as the Barbary apes. After a fantastic day we were back on the boat to camp. The only thing to do after dinner was to join in the karaoke – the one entertainment in the bar – apart from a dart board and a pool table – and drink the wine and cocktails which the locals mixed in a bucket!

I wasn’t sure if it was the shark and chips I’d eaten at dinner blended with the red cocktail concoctions, but my only memory the next morning was of standing on the pool table at midnight leading a chorus of the children’s song
‘Down in the Jungle where nobody goes
There’s a big fat elephant washing his toes!’
encouraging everyone to belt out, ‘With a rub a dub here,
And a rub a dub there…

At breakfast no one could understand why I didn’t respond when four tables in the dining room stood up and welcomed me in with,
‘ Didderley aye aye, a boogie woogie woogie,
That’s the way he washes his toes!’