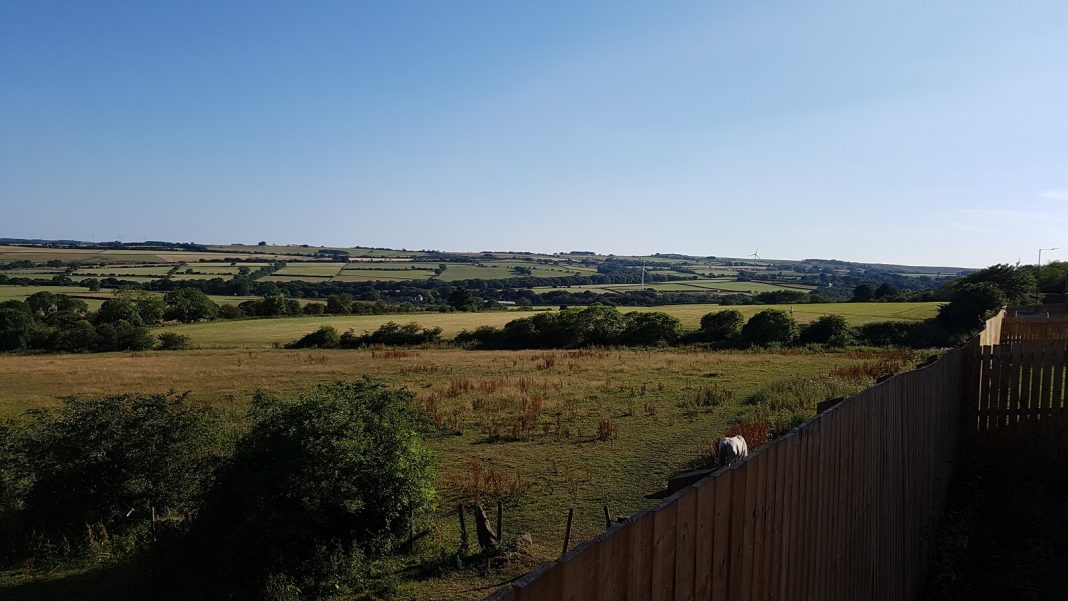 Residents of Redmire Drive in Delves Lane, many of whom had only just moved into their new houses where shocked to get a letter from Durham County Council to say the Land next to their houses has been picked as the proposed site for 290 houses In the new Durham Local Plan. Most were shocked as they had been told by their developer that no houses could be built on this site less than 1 year previously.

Only residents within 100 meters of the site got the letter so although the proposed site is used by 3 large communities of Delves lane and Templetown, very few were told of the proposal. Luckily local residents spread the word and started the face book group ‘Delves and Templetown Residents Against the Planned Developments’. The group has gained over 600 members in 2 weeks and is still growing.

Residents were outraged upon learning about the details of the new Durham Local Plan. This plan aims to build 820 new homes in Consett by 2035. This doesn’t include any of the developments currently being built such as Genesis way or other private developments just council ones.

When adding up the numbers Consett will have well over 1000 new houses built by the end of the 2035. Where is the improved infrastructure to support these extra houses you may ask? Well there lies the problem. Most residents are very concerned that Schools, Doctors, Dentists are already full and the plan offers little in the way of improvements. Consett Academy already had to turn children away this year and primary schools have already had to create new classrooms to support the extra spaces required. Consett Roads are already busy and there is next to no plans to improve them.

The site at Delves lane has caused particular outrage as it will take away the local green space used by the local communities. The site is used by hundreds of local dog-walkers runners, walkers, cyclist, horse riders and local children on a daily basis. The large site is also home to a vast variety of local wildlife from badgers, to bats, to owls and many more. The site will also back onto the local primary School which has just spent a fortune on developing its ‘Outdoor Play And Learning’ facilities. There are many disabled and elderly residents especially in the Fellside Estate for whom this is there only source of green space and if taken away will have to drive to another.

The site also Plans to build a Road through from the Hownsgill Industrial estate to Templetown. This will create a busy main road running through the estates. The road will run right past the new park being built in Templetown. This has also caused great concern as if the recreational fields are taken away children will be forced to play in the streets or new park which will be made dangerous by the increased traffic.