The Consett Empire Theatre and Cinema is gearing up for a fun-packed autumn and winter season.

Side-splitting comedies, popular pantomimes, West End stars and award-winning tribute acts are just some of the highlights coming up.

Music at the Consett Empire

There will be a variety of great gigs for music fans to look forward to. Rock ‘n’ roll veterans Marty and the Wildcats will be performing at the Empire on Saturday 15th September.

Marty was a key figure in the early development of rock ‘n’ roll. In Consett, he will be performing songs from his 60-year career as well as other well-known tunes from the rock ‘n’ roll era.

Tickets for Marty and the Wildcats cost £21.00.

On 15th March, the Empire will host soul legends The Drifters.

Sweet Caroline – with Gary Ryan as Neil Diamond – will take to the Empire’s stage on Saturday 20th October.

Theatre at the Consett Empire

A night full of laughter is guaranteed on Saturday 26th January when the Empire hosts Dirty Dusting.

This heart-warming comedy – featuring Chrissy Rock from Benidorm and I’m a Celebrity Get Me out of Here – charts the adventures of three cleaning ladies who try to earn some spare cash by setting up an adult chatline. Tickets are priced at £21.00, £20.00 concessions.

The Lost Voice Guy – winner of Britain’s Got Talent – will be performing on Sunday 21st October while This Is the Greatest Show – featuring West End singers belting out songs from popular musicals – will call in at Consett on Tuesday 18th September.

In addition to all this, live broadcasts of Shakespeare plays are coming to the Empire’s cinema screen. These plays – beamed straight from Stratford-upon-Avon – will include The Merry Wives of Windsor on Wednesday 12th September and Troilus and Cressida on Wednesday 14th November.

There will also be some screenings of West End Shows: Funny Girl – The Musical on Wednesday 24th November and The King and I on Thursday 6th December.

Milkshake Live! – a fun-packed children’s musical – will be staged at the Empire on Saturday 2nd March. And an early festive treat will be coming to the Empire on Friday 23rd November, with a performance of the Charles Dickens classic A Christmas Carol.

The arts programme manager at the Empire Cinema and Theatre, Nicola Dailly, said, “Tribute bands, musicals, live theatre, rock ‘n’ roll pioneers – as you can see, we have a packed programme in store.”

“With so much variety on offer, I’m sure there will be something to suit all tastes and ages.”

To see the full autumn and winter programme for the Consett Empire Theatre and Cinema, please go to www.empireconsett.co.uk. Tickets can be booked on the same website or by calling 03000 262 400. 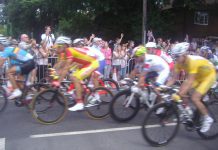 Consett Town Centre Gets Upgrade in Time For Christmas