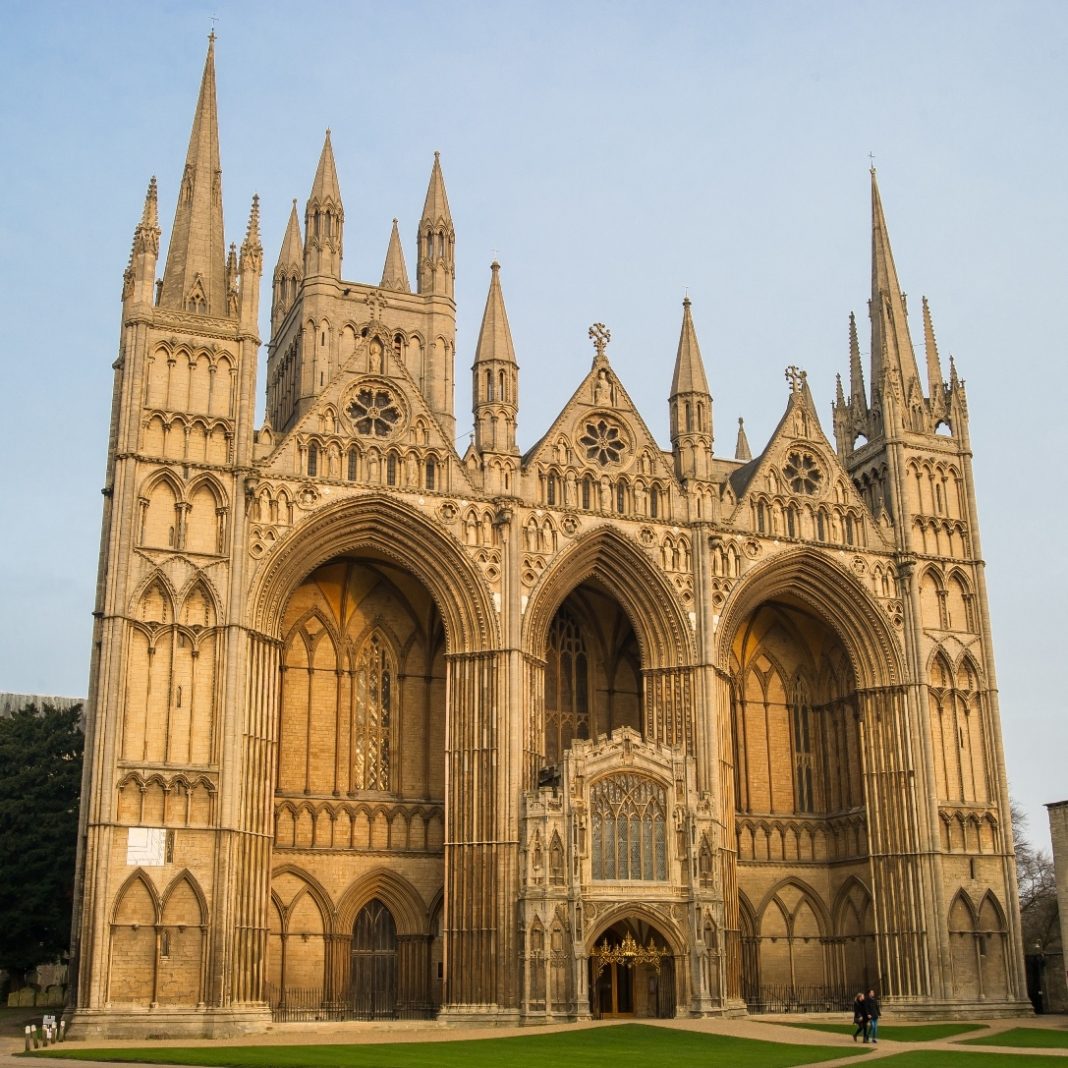 There are far more people booking rail tickets to Peterborough than actually ever go there, since for adherents to split ticketing, Peterborough is the place to rebook on a journey from the north east to London. As long as the train that you are on actually stops there, which many (but by no means all) do, you can have two tickets instead of one through ticket from the northeast to London, and save money on the full fare. But, if you can, book in advance and get a through ticket on a specific train at generally the cheapest fare. Either way, nationalrail.com can find you the best deal.

Peterborough is also the point for changing for places in East Anglia like Norwich and Ipswich avoiding the capital, and Stansted Airport too. We have Lord Exeter to thank for Peterborough’s current pre-eminence as a regional hub as he strongly objected to the railway running through Stamford, which was the route of the Great North Road, now the A1. Stamford’s loss was Peterborough’s gain after the railway opened in 1850 and Peterborough now has a population expected to pass 200,000 this year. Its pedestrianised city centre, cathedral, lido and museum are worth visiting. Although it has had city status since 1541, its major growth started in 1967 when it was designated a New Town and the Peterborough Development Corporation oversaw the building of satellite communities around the outskirts. 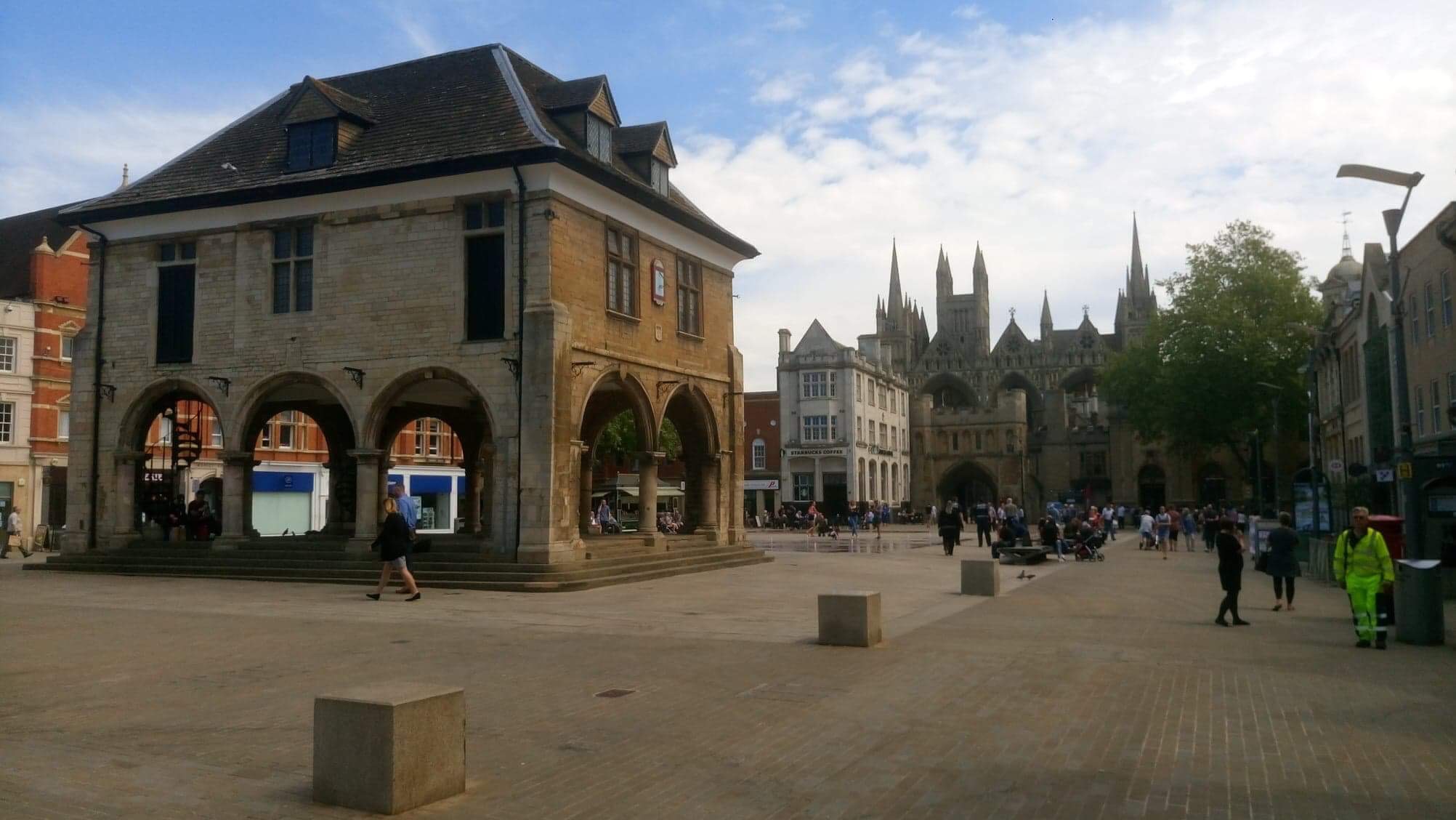 The Cathedral Church of Saints Peter, Paul and Andrew was founded as a monastery in 655 and re-built in its present form between 1118 and 1238. It has been the seat of the Bishop of Peterborough since the diocese was created in 1541, when the last abbot was made the first bishop. Peterborough Cathedral is one of the most intact large Norman buildings in England and is renowned for its imposing and unique early English Gothic west front with its three enormous arches. 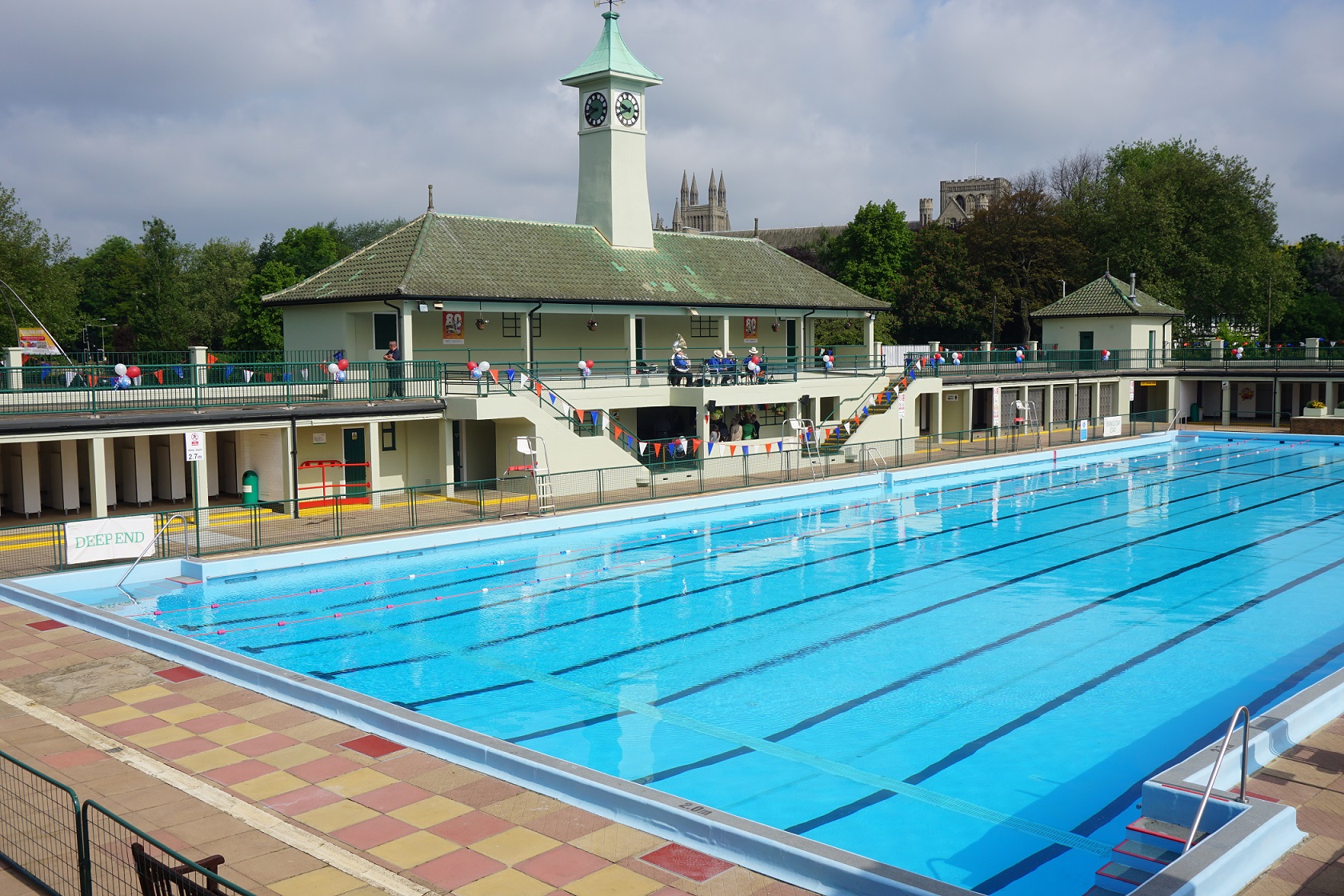 The general layout of Peterborough is attributed to Martin de Vecti who, as abbot from 1133 to 1155, rebuilt the settlement on dry limestone to the west of the monastery, rather than the often-flooded marshlands to the east. Abbot Martin was responsible for laying out the market place and the wharf beside the river. Peterborough’s 17th-century Guildhall, pictured, was built in 1671 by John Lovin. It stands on columns, providing an open ground floor for the butter and poultry markets which used to be held there.

The city’s museum has a collection of some 227,000 objects, including local archaeology and social history, from the products of the Roman pottery industry to Britain’s oldest known murder victim. Jurassic fossils feature with the manuscripts of John Clare, the “peasant poet”. The Nene Valley Railway, a heritage railway, is alongside an interesting but rather faded attraction called Railworld which explains the development of railways past and future. It was a bit down-at-heel last time I visited but their new website suggests things have improved recently.

The Lido opened in 1936, a striking building with elements of art deco design, lies adjacent to the embankment of the River Nene, south of the city centre. Grade II listed in 1992, it is open from late May over the summer, closing during periods of inclement weather. Unfortunately you’ll only be able to admire it from the park outside now as the season ends, I am told, on 2 September. But the riverside is attractive and there is a good Chinese restaurant on a riverboat nearby, a good place to unwind having enjoyed the delights of this interesting city.