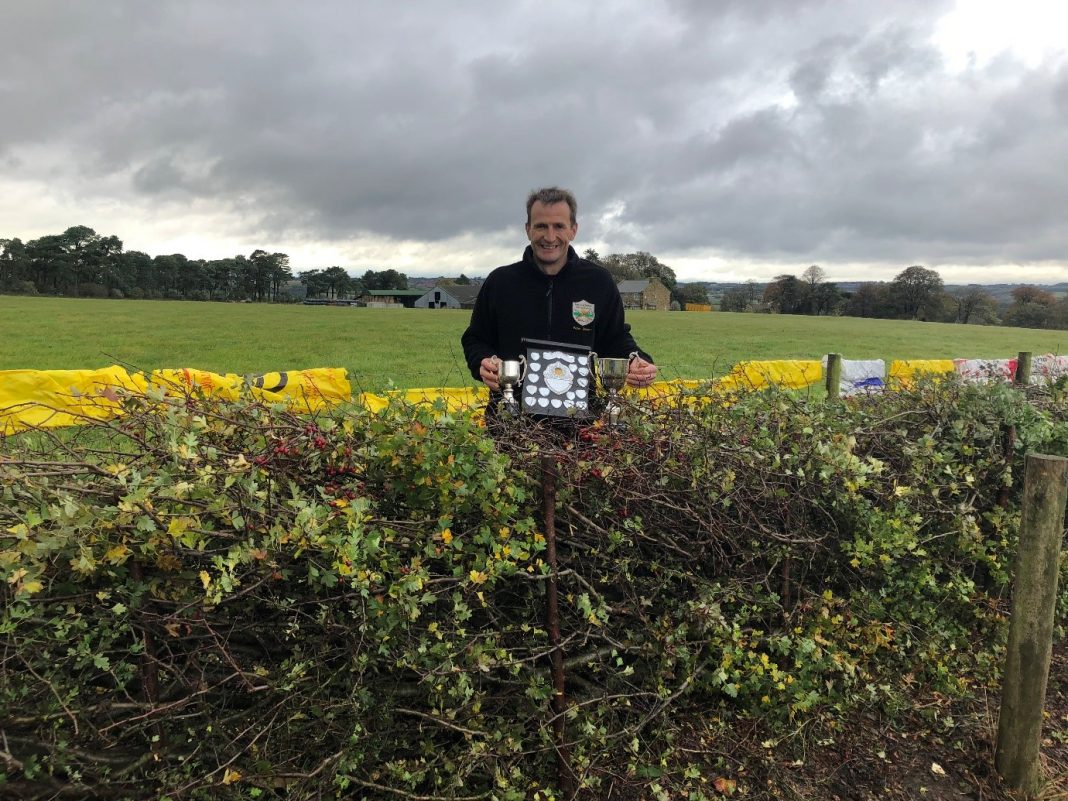 The Durham Hedgelaying Competition returned to Woodlands Hall Farm in Knitsley, near Consett, this month, with 18 competitors from across the country braving Storm Callum to showcase their skills.

Now in its 20th year, the contest is organised by Durham County Council’s Hedgerow Partnership and aims to encourage more people to take up hedgelaying. It sees hedgelayers compete in three classes – open, intermediate and novice – to lay seven meters of hedgerow using traditional techniques in just five hours.

This year, Peter Gibson, from Cumbria, reclaimed his position as overall champion after triumphing in the open class and cutting contest. Peter last won the competition in 2016.

The competition promotes the benefits of using traditional rural skills for conservation and hedgerow management. Encouraging young people to get involved is another key aim, and organisers were delighted to see the contest’s youngest entrant, Aiden Hanley, walk away with two prizes. 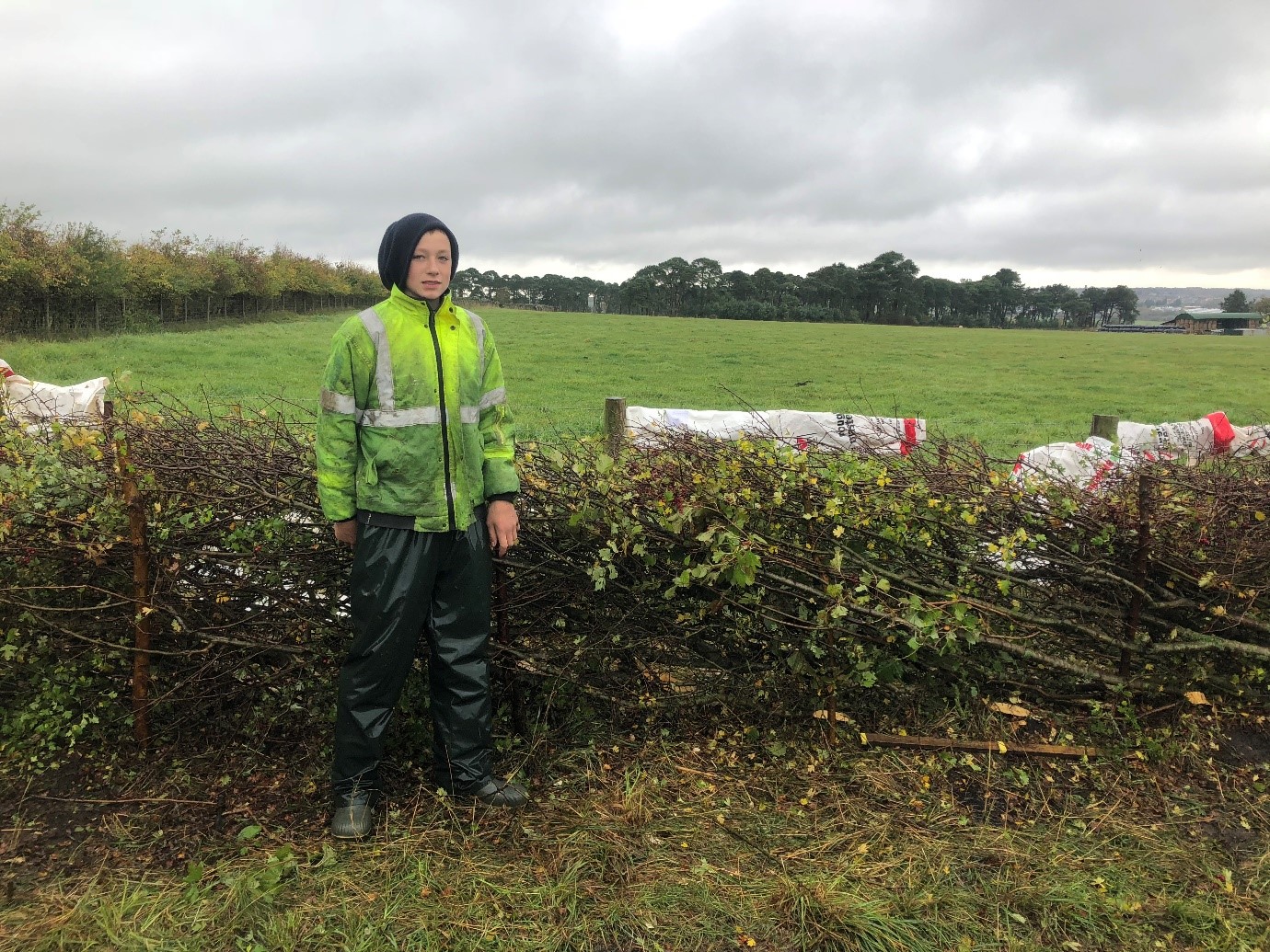 The 15-year-old, from Cumbria, not only won the Novice Cup but the Andrew Adams Junior Champion Cup.

Cllr Ossie Johnson, the council’s Cabinet member for tourism, culture, leisure and rural issues, said: “I would like to congratulate Peter and Aiden for doing so well in this year’s competition, and thank all of the hedgelayers for taking part.
“Hedgelaying is essential to the continued survival of the county’s miles of hedgerows, and competitions such as this do a fantastic job keeping these skills alive.”

Woodlands Hall Farm has been hosting the competition for the last three years and farmer, Neil Hunter, is passionate about traditional techniques.

He said: “When I arrived at the farm almost 30 years ago there wasn’t much wildlife here. I started to replace fences with hedgerows and, as they have matured, I’ve seen more and more birds following the hedge lines, including grey partridges and barn owls.”