Home Consett News People Pull Together To ‘Spruce Up’ Consett 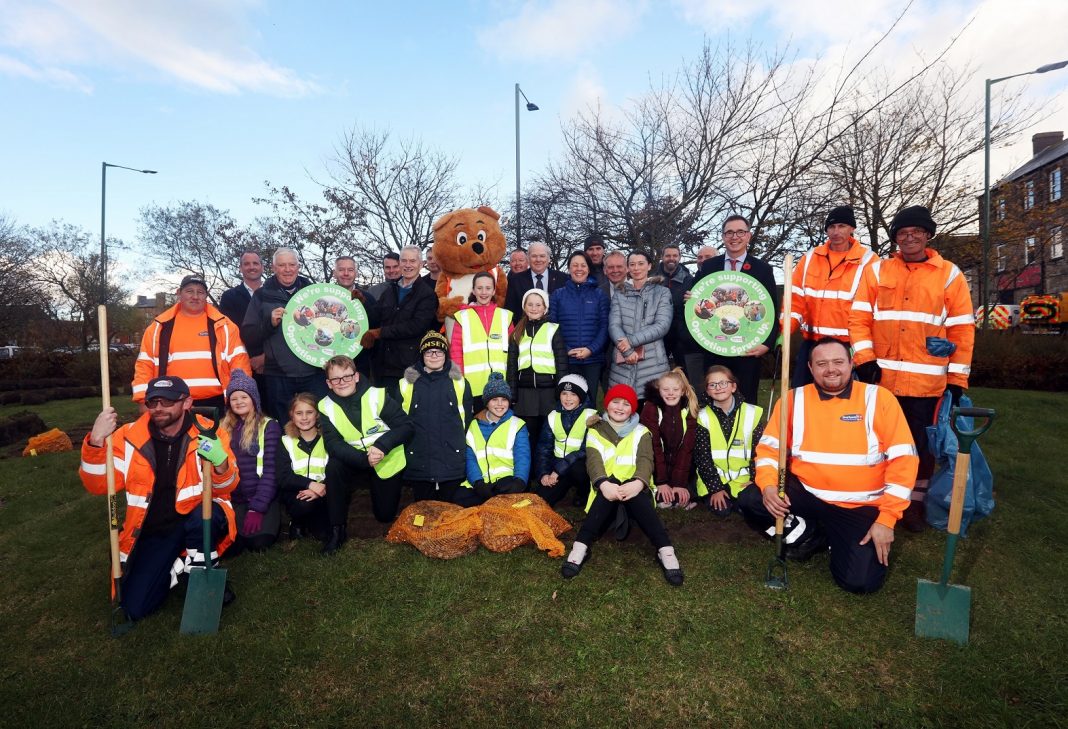 Consett was given a thorough ‘Spruce Up’ thanks to an award-winning campaign.

Durham County Council’s Operation Spruce Up gives towns and villages the opportunity for a coordinated community clean-up, with Consett being the latest area to benefit from the campaign.

Teachers and pupils from St Patricks RC Primary School put their gardening gloves on to help plant 10,000 mixed crocus bulbs to provide colourful spring displays in coming years. This was part of an ongoing engagement between the Durham County Council’s civic pride team and the school.

Tidy Ted, the council’s anti-litter mascot, was there to lend a paw and encourage groups as they carried out tasks. Also present was the council’s Cabinet member for neighbourhoods and local partnerships, Cllr Brian Stephens, and local county councillors Cllr Owen Temple and Cllr Alex Watson.

Cllr Brian Stephens said: “It is great to see everyone pull together to give their areas the attention needed and see people taking pride in where they live. The Consett Spruce Up adds to a series of successful cleaning days across the county, with 14 communities taking part in the campaign so far.”

Oliver Sherratt, the council’s head of direct services, said: “It has also been a real team effort from many of our departments, with involvement from the clean and green team, regeneration, highways and the civic pride team.”
The campaign received national recognition, winning Campaign of the Year at the Keep Britain Tidy Awards 2018