Home History From the Grove to Queensland – Consett History 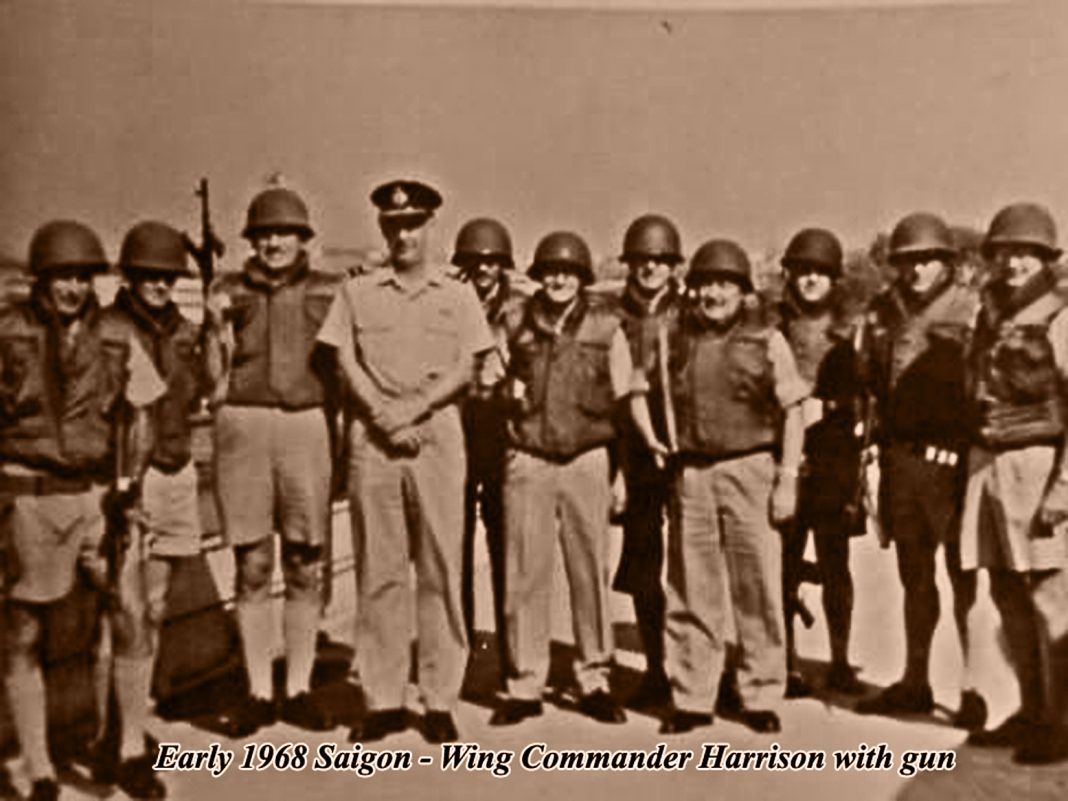 A number of years ago I had the true privilege of meeting up with my grandfathers cousin Arthur Harrison while researching our family tree. He was a truly fantastic man with an amazing loving family. I had been searching for Arthur’s branch for many years, eventually finding them a stones throw away in Tow Law. Arthur was the youngest son of George Jeffrey and Mary Louisa Harrison (nee Needham) and grew up in the Grove. There were 3 other son’s, Edward, George and Kenneth.

I visited Arthur a number of times and was always made to feel like a true member of the family. I listened to his stories of his youth, the family and of the area with sheer pleasure. A true gentleman with a fantastic memory. But one thing he did say he regretted was that he had lost touch with his oldest brother Edward who had emigrated to Australia. So my wife an I took up the challenge to see what we could do. We wrote down everything he knew about Edward and his family and started our search. We worked constantly over the next few days and eventually found a niece on Edwards wife side of the family. I don’t think she was 100% sure about us at first, but we eventually managed persuader her that we were family and explained the situation.

After a week and a half of research and many many emails we managed to get the contact details of Edwards daughter, Jennifer. Unfortunately, Edward had died in 2001 but both Jennifer and Arthur were able to connect. Within a few months Jennifer and her husband flew over to the UK to reunite with the family. It was a brilliant occasion and even as a distant family member I was there to see it all unfold.

It turned out that Edward had had an extremely interesting life. He was born in the Consett in 1916 the eldest boy of his generation of the family. His formative years were spent in and around Consett before the family moved to the Grove. When war broke out in 1939 he signed up to the RAF and soon found his feet, making sergeant by 1941. It was while in the forces that he met the love of his life Doris, who was also serving in the Royal Air Force as a WAAF. They were officially engaged in September of 1941, having the announcement written up in the local paper, married in early 1942 and their daughter Jennifer being born at the end of the same year.
At the end of the war Edward decided to emigrate to Australia and joined the RAAF as a leading Aircraftsman. He went out to Australia ahead of Doris and Jennifer to get everything ready and to find his feet. A few months later they joined him, living off base. He was initially stationed in Laverton in Melbourne and then to Wagga, NSW. Edward was then stationed at Albert Park Barracks in Melbourne and was discharged on receipt of a Commission as an officer in the December of 1953. He was then stationed at Victoria Barracks for the next 10 years. On the 1st January 1963 Edward was then promoted to Squadron Leader just before being transferred to the Woomera Rocket Range in central Australia.

During this time Doris and Jennifer had moved around with him eventually finding a full time home in Box Hill in Melbourne. Jennifer took over the family home in 1963 and Doris joined Edward full time moving to Elizabeth, South Australia. On the 8th December 1967 Edward was sent to Vietnam having just been promoted to Wing Commander. He was stationed in Saigon for 12 months. A very worrying time for all the family. During his time there he was exposed to the chemical “Agent Orange”, something which would lead to major health problems in later life. He was the most senior RAAF officer on the ground during that year.

On returning the couple were then sent to Richmond Air Base which they both really enjoyed. The Base had lots of entertainment and they also made lots of friends. They only made one more move after that when Edward was transferred to Amberley Air Base in Queensland where they remained until he retired as a Wing Commander on 28th July, 1972 aged 56. The couple then moved to the Gold Coast, Queensland and lived out their lives there together. Edwards exposure to “Agent Orange” caused cancer of the bone marrow and he passed away on the 7 June 2001 a month before his 85th birthday.

I feel so honoured to have been able to learn the story of both Arthur and Edward. Arthur sadly past away a few months after meeting Jennifer. I know meeting him is something I will for ever cherish even though it was such a short time I felt I had known him my whole life.