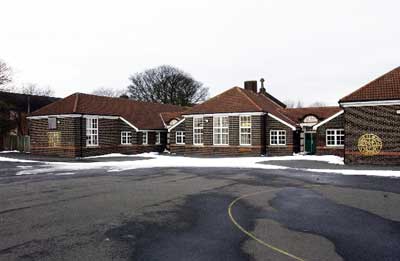 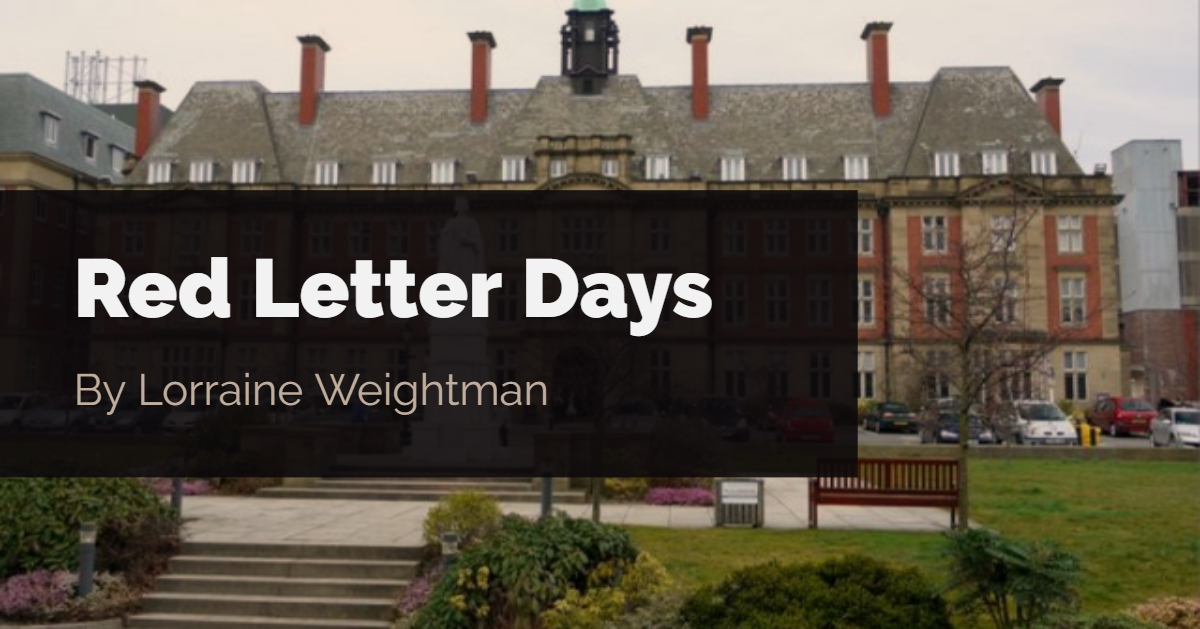 February 3rd is the feast day of Saint Blaise who is attributed to protecting throats yet I can’t ever remember getting mine blessed. Perhaps that’s why – as a child – I was always troubled with sore throats and took several trips to the doctors on Medomsley Road. I was eventually referred to a consultant at The Royal Victoria Infirmary in Newcastle and booked in for a tonsillectomy. Having no concept of hospitals or of spending any time away from my home and family; being left on a children’s ward was a shock to my seven year old system.

As I was ushered in, my first observation was that the metal beds had caged sides and hard white sheets and covers. There were a couple of pictures on the walls and little tables and chairs with paper and crayons, close to a small box of books and toys.

My Mam had made me a powder blue dressing gown on her treadle sewing machine with a lace collar to match my nightie and slippers. Obviously she was trying to make me feel better about the experience, but I definitely wasn’t happy. In those days there was no provision for parents to stay with their children in hospital and the visiting times and ward rules were strict and unforgiving. Although the strong smell of dettol had faint reminders of home, everything else was alien to my everyday routine.

With teary eyes, yet trying to be brave I waved my Mam and Dad off as they hurried to catch the bus back home to Consett.

Turning round I noticed a frail little girl in the corner about my age who proceeded to tell me she was having her adenoids out. Having no idea what they were – I’d only just located my tonsils because of necessity – I listened to her description of the operation, of how they dig them out from behind your nose and keep them in a jar for ever! My already fuelled imagination ran riot as I listened to all the gory details, and wondered what instruments of torture would be used on my tonsils!

We were told to get ready for bed at 6.30 and the lights were out by 7. Sandwiched in between the starched sheets and looking through the bars at the side of the bed, I fell asleep resigned to my fate the next morning.

With no breakfast or lunch I was wheeled on a trolley through gigantic double doors and told to count to ten. The next thing I knew I was waking up, tightly packed back in my hospital bed with a kind nurse asking if I wanted some ice cream. Dazed and confused I nodded as I acknowledged the soreness of my throat realising it was all over and I hadn’t felt a thing. The coldness of the vanilla ice cream was welcoming and I propped myself up in bed.

The nice ice cream nurse appeared again the next morning, this time with a large brown padded envelope addressed to me. I was overwhelmed yet curious! Sitting up I tentatively opened the package to reveal 33 smaller envelopes with my name on.

There was a lovely letter from my class teacher saying she hoped I was feeling better and looked forward to seeing me soon. One by one I read the letters which were almost identical, all mourning the demise of Hammy the class hamster while I’d been away. Unfortunately within a day the two goldfish had met a watery grave and all of my classmates had illustrated their letters with crayoned pictures of the dead classroom pets.
Relieved I had survived the operation and although feeling sad for Hammy and the two fishes I was grateful that I was still here to tell the tale. Adenoid girl was opposite and came across to look at my letters. Determined to out do me she gave a detailed description of how her budgie had died of smoke inhalation when the chip pan caught fire!
Watching the door and the clock I prayed for visiting time and squeaked with joy as my Mam and Dad popped their heads round the corner. After hugs and kisses I showed them my letters and they were surprised I was so upbeat after being told the same sad news 33 times.

I’m not sure they appreciated that despite the content I was delighted that my lovely teacher and class at St Patrick’s in Consett had taken the trouble to think about me, put pen to paper, and make it a Red Letter Day!