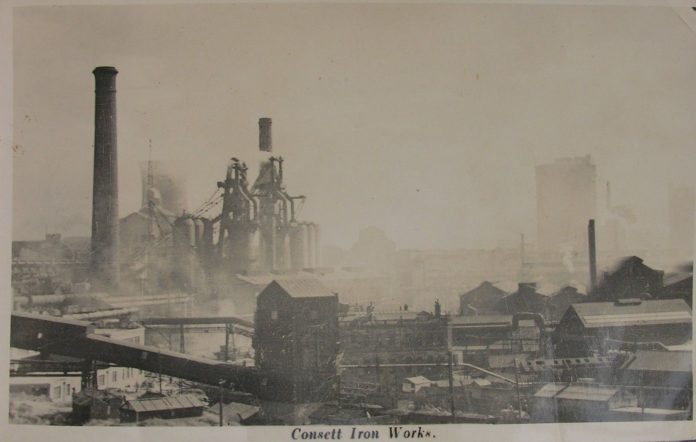 A vast majority of our time at the Consett & District Heritage Initiative is spent helping people research their family genealogy. It is something my wife and I truly love as it encompasses research, problem-solving and many other skills. It definitely keeps your brain active. We started our family research over 20 years ago before everything was so widely available online. We found ourselves in dark dingy records offices, old churches and even walking the graveyards. The smell off old books still bring back memories of those earliest outings. Things have certainly moved on rapidly with the ever-expanding data being uploaded onto the net.

I think for me, although my initial idea to start my tree was just to find out a little bit about the family, it was finding my 4 x Great Grandfather, John Atkinson Harrison, that actually got me truly hooked. John A was my first true stumbling block and also one of my greatest finds. I had traced my family back steadily one at a time but had come to an impasse. There was suddenly 2 possible John Atkinson Harrison’s both that could be found in and around Gateshead and both of who moved to the Morpeth area. The chances of that seemed at the time just unbelievable to me, but since then I have found these type of coincidence are all too common when tracing families. Anyway, after a few weeks of researching in both Newcastle and Durham archives, I managed to separate the two and track mine back to his birthplace. The following is what I know about the man who got me addicted to my family research. 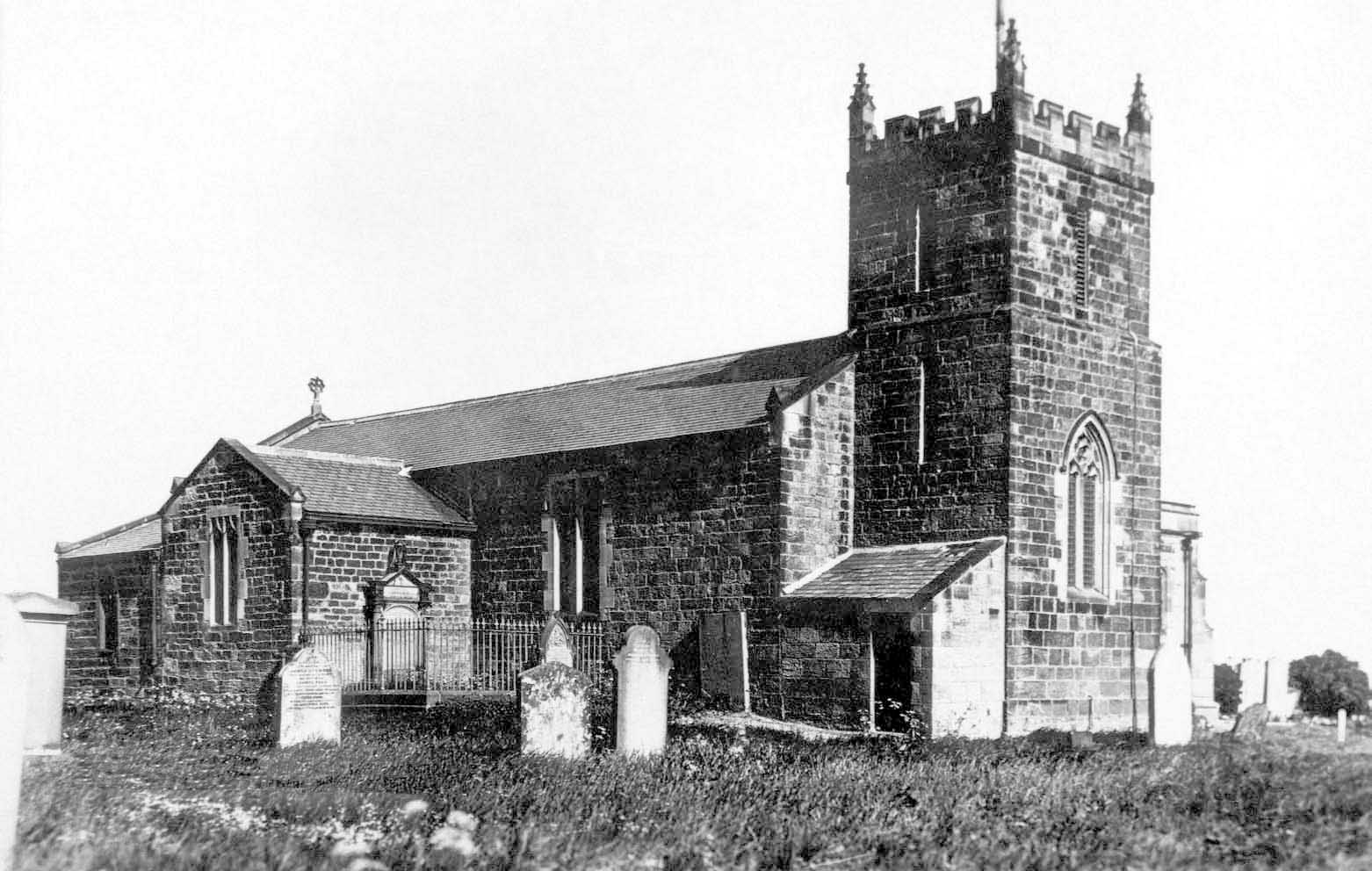 John Atkinson Harrison was born in around 1788 in Bishop Auckland, the son of George Harrison a Labourer and his wife Ann (nee Atkinson). Ann had the ability to write, although George couldn’t at the time of their marriage. John A must have been quite proficient at both reading and writing, probably being taught by his mother. He was the youngest son of a quite large family and most of his brothers entered into good trades, Blacksmiths, Stone Mason’s and Joiners. The latter was the trade which John A took up. His family weren’t rich so he would have been placed in an apprenticeship which in those days would have lasted around 7 years, up to 15 years in some cases. John A was the last to leave Bishop Auckland and the family home, only moving to Swalwell once his mother died in 1814. He was now working full time as a Wood Turner finding work around the area. It was here that he met and married his first wife Mary Ann.

Mary Ann had been widowed 2 years prior to her marriage to John A, but had had no children. The pair were married in 1815 in Whickham but lived in Blaydon. The couple went on to have 3 children, Henry Marshall, Ann and Elizabeth. It was the baptism of Henry Marshall that ultimately gave me the proof of his fathers’ birthplace which enabled me to discount the other John Atkinson Harrison. Unfortunately, tragedy struck when Mary Ann died due to complications of childbirth in December of 1825. Things were very different from how they are now and with 3 children under the age 7, one only a few months old, John A had to find a new wife. In 1826 he did just that marrying Sarah Lawson, a farmers daughter from Ryton, and very likely a distant relative of Mary Ann’s.

John A and Sarah were married in Ryton Holy Cross, Sarah’s church, but still resided in Blaydon were they had their first son George a year later. John A was then offered a job up in Horton, Northumberland as the main Joiner during the restoration of Horton St Mary Parish Church which he accepted. During their time there the couple actually lived in the Church itself, John A also becoming clerk of the church as well. The couple had 6 children while there and were counted on the 1841 Census in the occupation of Horton Chapel.

The couple then moved to the Bedlington Iron Works were they took over the Rose & Crown Inn. It was a big change for the couple but it also gave their children a massive boost in their future careers. Bedlington Iron Works was at the time the most advanced of its kind. It was the first to produce malleable Iron Rails which triggered the Railway Age. Also, the Bebside Engine Works, where much of the Stephenson brothers engine designs were produced, stood only a few hundred yards away on the other side of the river. John A and Sarah had a further 5 children while at the Rose and Crown, 2 died in infancy and a third died tragically after falling into the river Blyth outside the Inn at the tender age of only 5 years.

John A and Sarah’s sons all went into the iron industry, as Furnaceman, Steel Rollers and one as bookkeeper and clerk of the works. They were all highly skilled and their services were sort after and the family soon branched out around the country. At least 2 of the brothers had already moved to the Consett area by 1841 another 2 would also move there by 1860. What happened between 1851 and 1861 I have no idea other than snippets of history. I know that by 1852 that John A and Sarah had moved out of the Rose and Crown, quite possibly into The Grapes Inn, but their son Thomas was placed into the local jail for herding his fathers’ cattle and damaging the paths in the centre of Bedlington. The poor boy was only 10 but spent 2 days locked up before the trial and was only released once his mother had paid the fine and costs.

By 1861 John A and Sarah were also living in Consett, cementing our family roots firmly in the area. They were living only a few doors from their 3rd oldest son William. By now John A was aged 73 years, although the census gave his age as 71, and was working as the watchman at the Iron Works. His youngest child Hannah was still only 11 and John A and Sarah still had 4 children at home. On all of the census returns that John A appeared on his age given always gave a date of birth of 1790, however at the time of his death in 1868 his true age was given. He died in 246 Consett on 27 February 1868 a Turner aged 79 years and was buried in Blackhill Old Cemetery.

I visit his grave from time to time and feel a true affinity toward him, almost as though I had known him my whole life, even though we were separated in time by over 110 years. I still research him and continue to find snippets which help me understand more and more about him. John Atkinson Harrison, my 4 x Great Grandfather is the pivotal person of my family research and also the reason why my family are here in this amazing place we call home. 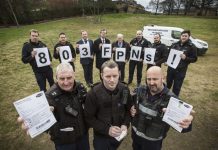 Over 800 Fines Issued for Environmental Crimes in County Durham 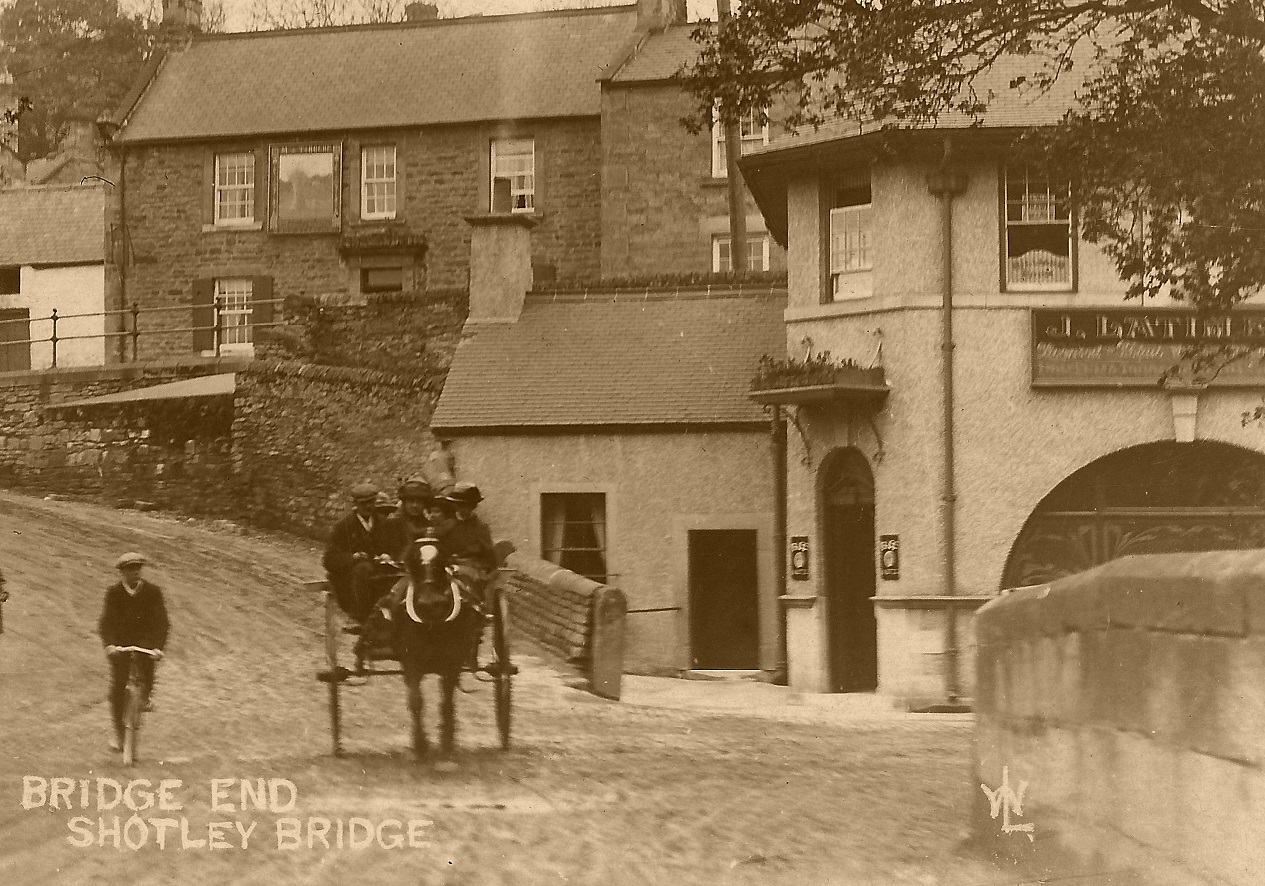 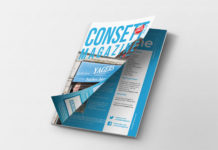