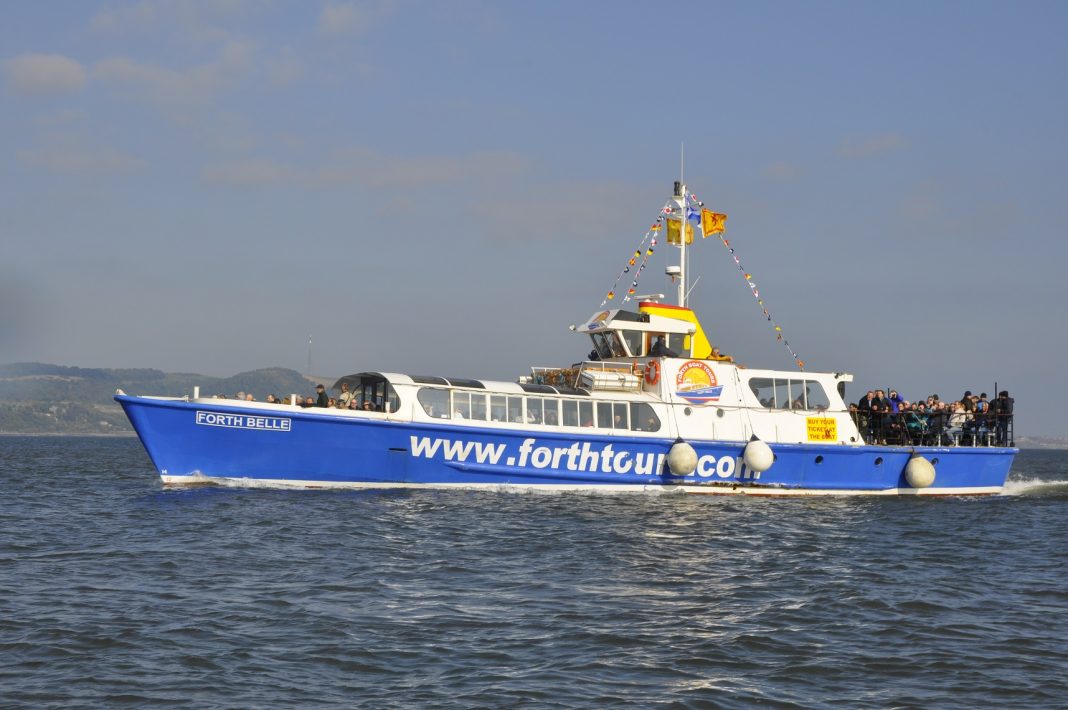 The Family and Friends Railcard (F&FR) includes friends because the children you travel with may not be your own. My children are all adults now, but It is possible to travel with someone else’s child (5-15) to get discount from the adult fare. To give a local example, on an off-peak journey from Yarm to Cramlington, the fare is £28.80. But with a child using the F&FR, the fare falls from an undiscounted adult and child fare of £43.20 to £24.50. In other words, it is cheaper to travel standard class with a child than without one. I have often thought there is a potential business in renting out children to save money on rail fares, but this is capable of misinterpretation.

I therefore borrowed a family friend, 12 year old Daniel, to make a day trip to Scotland, and after some consultation on a trip to Edinburgh we decided to go a little beyond and try the boat trip in the Forth Estuary and Deep Sea World at North Queensferry, either side of the iconic red Forth Bridge.

We had two advance tickets, out with Cross Country from Newcastle, returning with LNER. It’s perfectly legal to mix and match like that since the tickets are issued as two singles. We managed to get to and from the Scottish capital for under £20. A separate return to North Queensferry (£4.95, saving 85p), delivered us first to Dalmeny, a small station above but close to South Queensferry. We walked down the road into the small town, then east along the coastline towards the towering Forth Bridge to Hawes Pier, virtually beneath it, where our comfortable vessel the Forth Belle awaited for a trip to see the three bridges and Inchcolm Island.

As it was out of season we could not land on the island, where the jetty was being repaired, but we saw plenty of bird and sea life, including seals lying on a navigation buoy. I had a Dalwhinnie Winter’s Gold whisky from the bar (following a previous visit there for this column) and Daniel enjoyed a cola. I must say the sound system on the boat was first class: a mixture of recorded material, with sensible use of sound effects, and live commentary. We went under the two road bridges (opened 1964 and 2017), and the Forth Bridge (1890) with trains running across frequently.

Daniel calculated it was 122 steps up to Dalmeny station, plus a further 14 up and 12 down, and we took a train over the bridge to North Queensferry, which was well signposted and all downhill to the Deep Sea World, an aquarium famous for its collection of large sand tiger sharks. Opened in 1993 in a disused quarry, its main attraction is the 112 m (367 ft) long transparent acrylic underwater viewing tunnel, which is one of the longest of its kind in the world. We were delighted to be offered a special visit behind the scenes to see how fish are propagated and look over the viewing tunnel. In 2005, the aquarium opened a new seal enclosure, housing resident seals as well as injured ones rescued by the SSPCA.

Only buses run over the older road bridge now, so we made our way to the Ferrytoll park and ride (strange name: no ferry, no toll!) for a surreal ride on a solo Stagecoach express, where we were the only vehicle visible on the bridge, to Edinburgh and our train home.
Alex Nelson