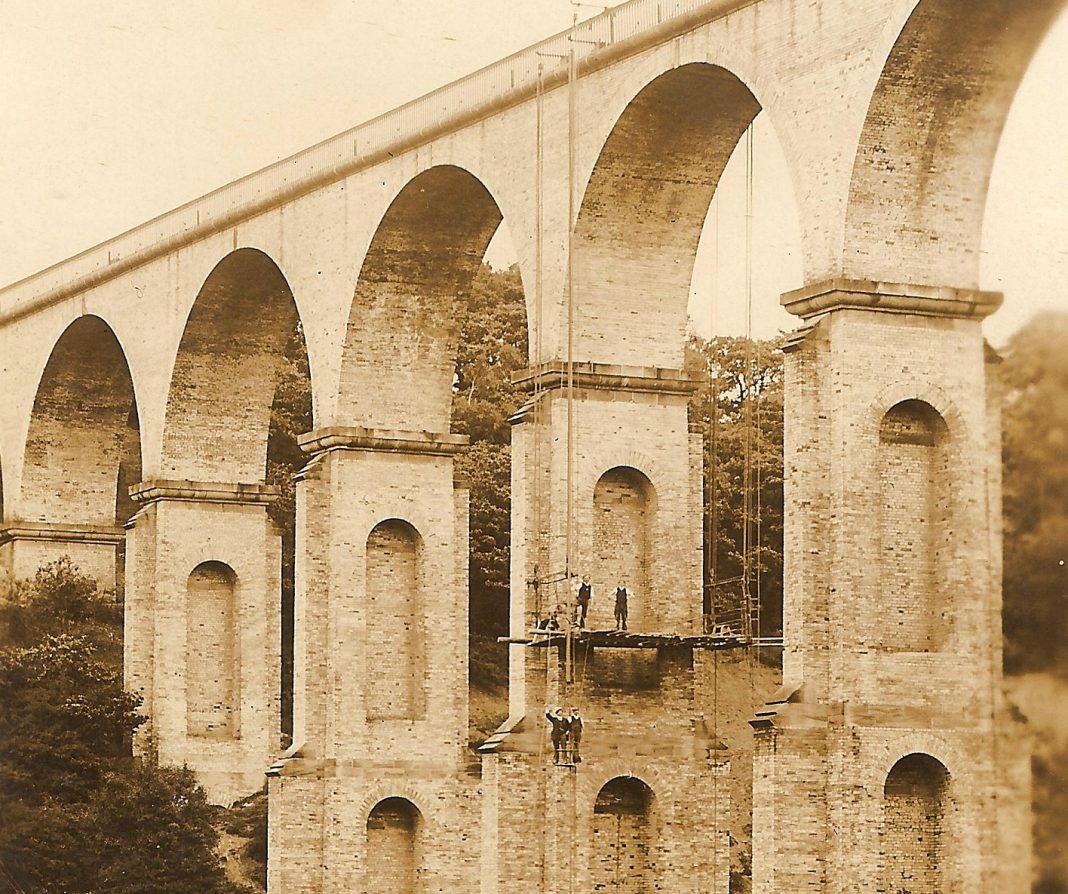 There always seems to be stories of the area that everyone has heard and after so many times of being told it becomes part of our folklore.

Always a hard one for people to disprove as “my grandfather told my dad who told me” means it has to be true. We come across this type of thing all the time within genealogy when family lore is taken as gospel and so many times people are taken down the wrong track of research. Our heritage of the area can also be the same. One of the big ones we have come across in the past few years is the cross high up under the Hownsgill Viaduct.

The story goes that while in construction a man fell from that position and the cross is there in commemoration of his death. However, after initial research, we could find no accident or accounts of a death of any kind so we kept digging. It took just 15 months to construct the Viaduct which was completed and officially opened Friday 25th June 1858. The designer was Mr Thomas Bouch CE and the contractor was a Mr John Anderson.

In a newspaper article published in the Durham Chronicle on 2nd July 1858 it was said of Mr Anderson “All credit to the latter for his admirably-executed work, during whose process no casualty is to be deplored.” and in The Dublin Builder magazine published 15 December 1862 we found the following statement “It was a gratifying fact that the work was completed without accident, and not a single crack was to be found in the whole of the structure”. So there we have it, the cross is there but it has nothing at all to do with a death or accident. Maybe its a marker for sea level, or just a decoration. If nothing else it has given us all lots to talk about and discuss over the years. 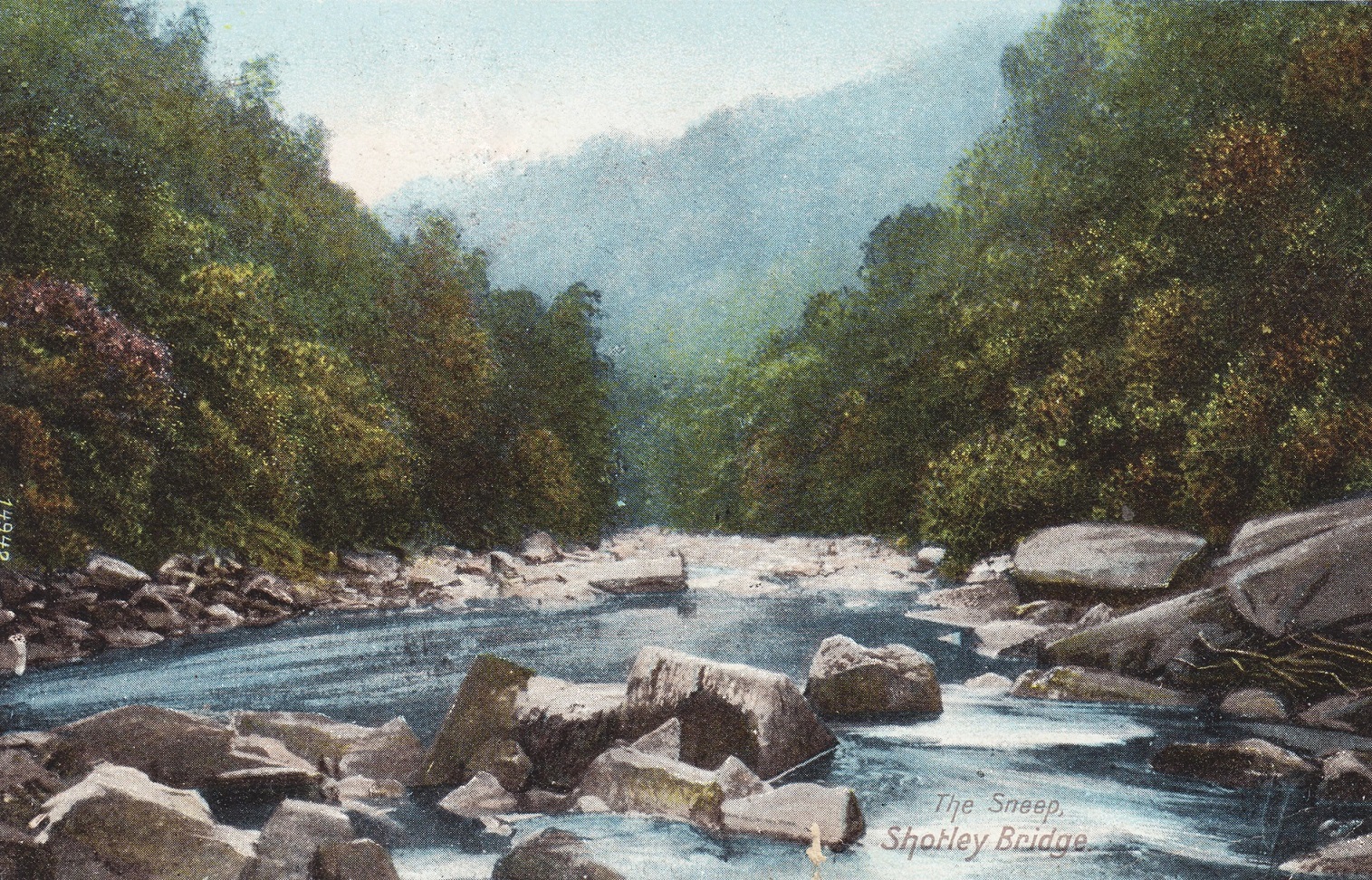 On to a couple of legends. The tales of the Derwent Valley, encompass everything from evil spirits, to wicked noblemen, but we also find a tale of chivalry at its highest. It is said that in a cave near to the Sneep lies the gallant King Arthur. He is said to be resting in suspended animation until the day when his people need him. On that day he will awaken and once again come to the aid of his people. 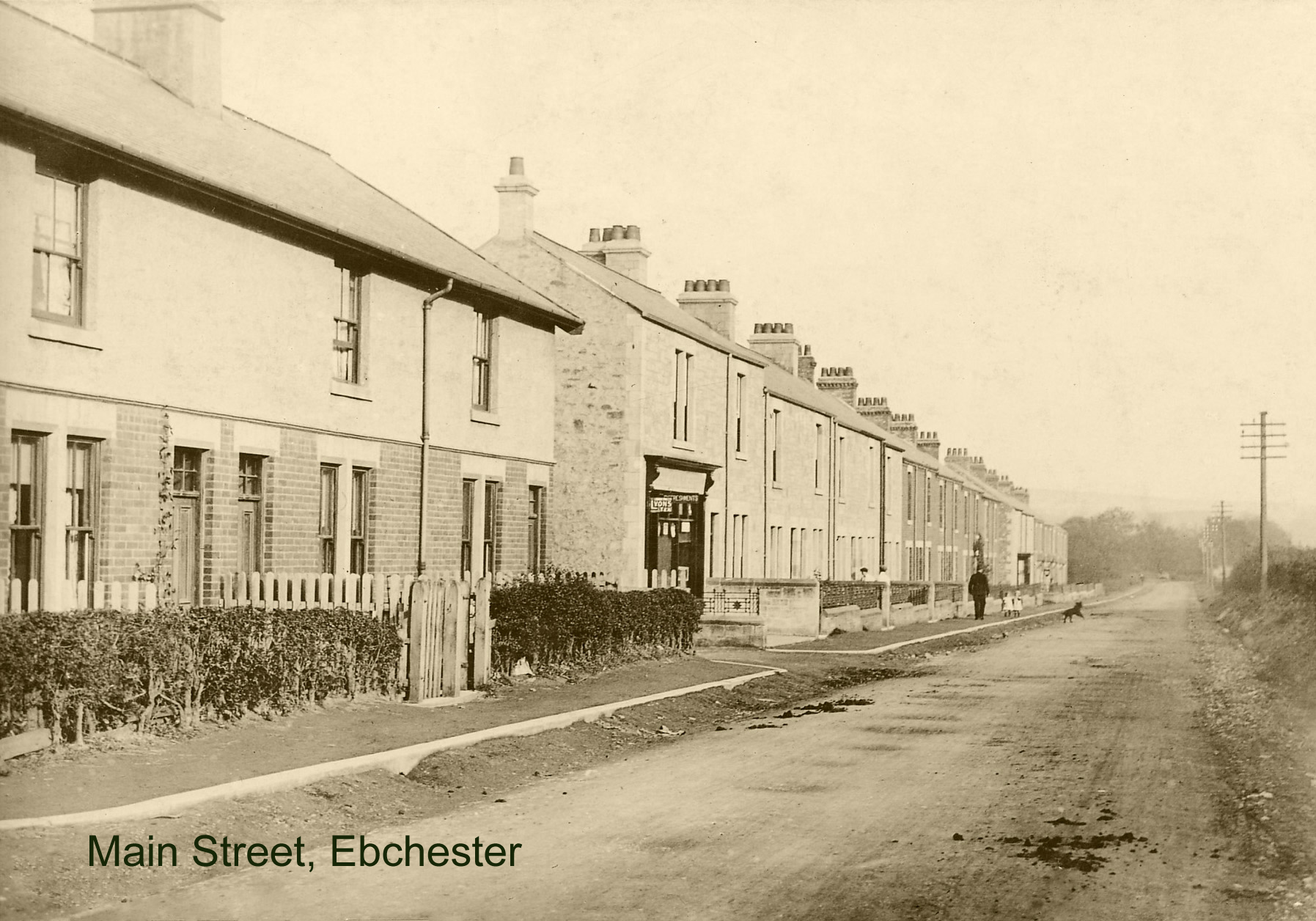 Another which I am sure some would have already heard is the tale of the Roman treasure chest of Ebchester. It is said that at the end of the 4th Century as the Roman legions began to leave the area they left a chest somewhere underground which could be accessed by a tunnel. The chest itself was said to be decorated with an ornate raven. The legend goes on to tell of numerous attempts to find the chest all ending in failure. The final attempt was said to have been a man in the 1700’s who dug numerous cavernous pits. Many times he thought he had found something only to be disappointed. He eventually stopped looking but the legend of the chest continued.

Joshua Lax, who I have written about before, penned a poem about the legend in the late 1800’s:

“Tradition tells and I repeat the story,
That ‘neath the village, in some cave, was hid
When Rome and boundless wealth and to had glory,
A chest of money, and upon its lid
A crow was perched, and some old man to rid,
His brain (whose nightly dreams oppressed him sore)
Of doubt regarding what the Romans did,
Work hard for weeks the treasure to explore,
But neither gold nor crow to light could e’er restore”