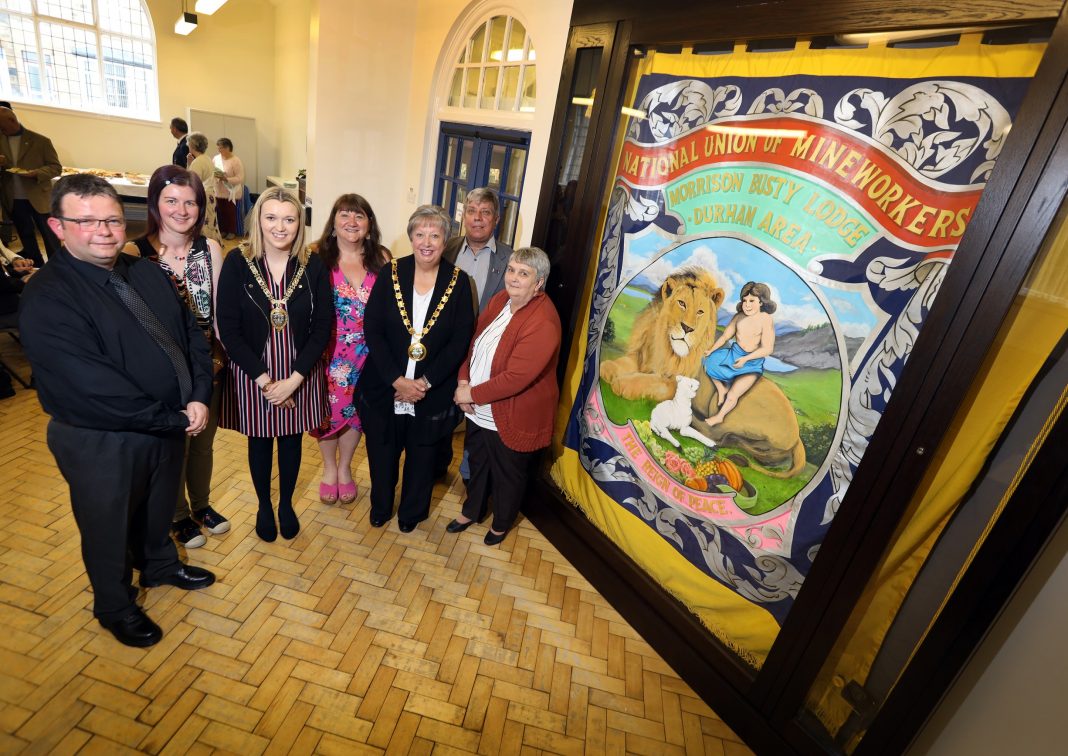 A replica mining banner has been unveiled at Annfield Plain library, celebrating the county’s rich mining history and the people who lived during those times.

The wonderful Morrison Lodges banner has taken up its permanent home at Annfield Plain Library. Representing two former DMA lodges, it is a recreation of the the 1956 Morrison banner, and the 1966 Morrison Busty banner. (1/3) pic.twitter.com/7DmaO0m7yO

Today the Morrison Lodges Banner went on display at Annfield Plain Library (DH9 8EZ) So proud that the banner will now be on permanent display in the community and in such a fitting location. @StanleyTC @DurhamCouncil @DurhamMiners @RedhillsDurham pic.twitter.com/FQzGs9oHvr

The design of the historical banner is quite unique. It has two ‘front’ sides. The Morrison side is based on a 1956 banner, featuring portraits of union leaders A.J. Cook and Tommy Hepburn, with the slogan “Knowledge is Power”. 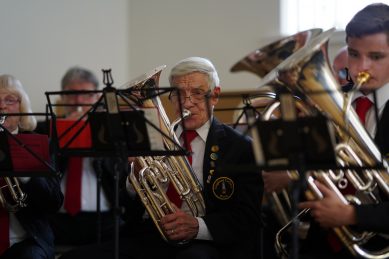 The Morrison Busty side is based on a banner originally made in 1959 which originated from Lumley 6th Pit when it closed and was repainted as Morrison Busty. The design shows a biblical scene of a child with a lion and lamb and has the message “The Reign of Peace”. The original banner was kept at Annfield Plain Central Methodist Church until it was destroyed in a fire in 1993.

The event was accompanied by music from the Craghead Colliery band who played miners’ hymn, Gresford.

For library out more about local libraries at https://www.durham.gov.uk/libraries