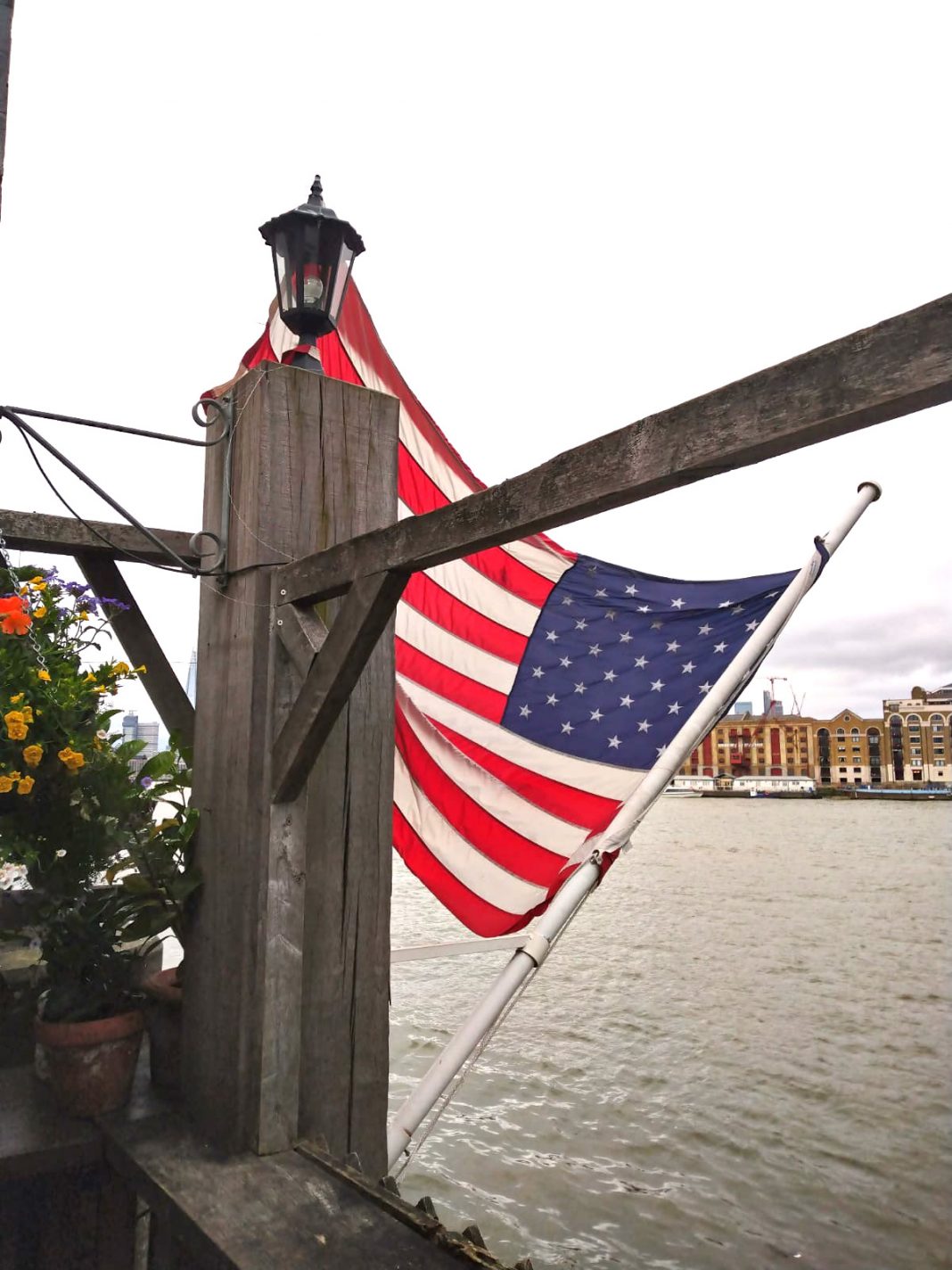 On 6th November, a select band of rail professionals and interested members of the public gathered in the shaft of Isambard Kingdom Brunel’s tunnel under the Thames, the oldest structure on the oldest Underground network in the world, and the first tunnel under a river ever constructed by man. The occasion was the launch of the new National Rail map, and it took place in Rotherhithe, a mile down the river from Tower Bridge, and it took place there for a special reason. The map this year features the voyage 400 years ago of the Mayflower ship from Rotherhithe via Southampton, Dartmouth and Plymouth to the new world and a port now known as Plymouth in Massachusetts.

The Mayflower is commemorated in the name of a pub on the riverside, on the south side of the Thames, where many of the Pilgrims boarded the ship of Captain Jones for the historic voyage. They used to be known as the Pilgrim Fathers, but there were women and children too so they are now known as Pilgrims. The pub was known as the Spread Eagle in those days – indeed it would be most odd if it had been of the same name as the ship. But today it is one of the attractive riverside pubs from which activity on the river can be observed, and was an excellent spot for some networking after the launch. 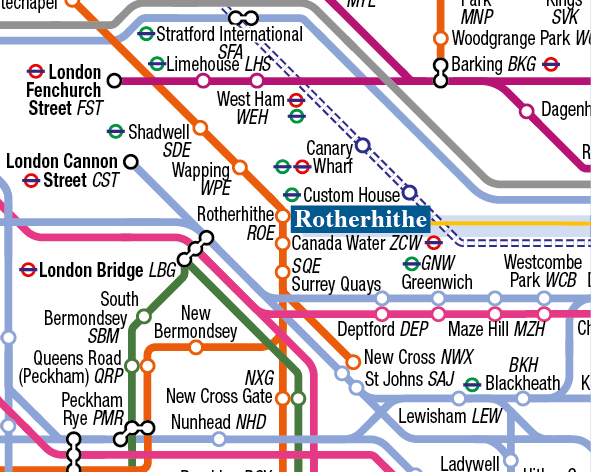 Brunel’s tunnel was originally opened in 1843 after many years of delay, for the passage of pedestrians and goods on carts, but was converted to became a railway tunnel in 1869, only six years after the first underground railway (Paddington to Farringdon) opened in 1863. It was for many years the fag-end of the Metropolitan line, known as the East London Section, and trains just ran from Shoreditch and Whitechapel in the north to New Cross or New Cross Gate to the south. In recent years, the stations on this line have undergone a renaissance and form part of the Overground orbital line around London.

The new National Rail map is an ideal Christmas gift for a rail enthusiast or regular traveller, and whilst it describes 2,700 stations on land in England, Wales, Scotland and Northern Ireland, the story of the Mayflower and her ill-fated sister ship the Speedwell is told on the sea. Speedwell started its journey in the Netherlands at Leiden, but only Mayflower ended up in Massachusetts where the Plymouth Settlement was founded in 1620. It’s a great educational tool for young people wanting to find out more about their home country. Today, the Mayflower pub in Rotherhithe is still licensed to sell US postage stamps for mariners and visitors, and proudly flies the star-spangled banner over the Thames. There is a Thameside riverside path up and down the river, but the easiest way to get there is on the Overground. From King’s Cross use the Hammersmith and City line and change at Whitechapel.

The map is available as a coated paper poster, and the size is 100cm deep by 63 mm side. It retails, as last year, at £10 a copy, and up to five copies can be placed in a postage tube for sending all over the country, indeed all over the world. Postage costs £5.80. plus £2 for a sturdy tube to send them in. There is a website at railmap.org.uk to order maps online, or send a cheque for £17.80 for a single map including P+P made payable to National Rail Bishop Auckland Ltd at 32, Front Street, Pelton, Chester-le-Street DH2 1LX.