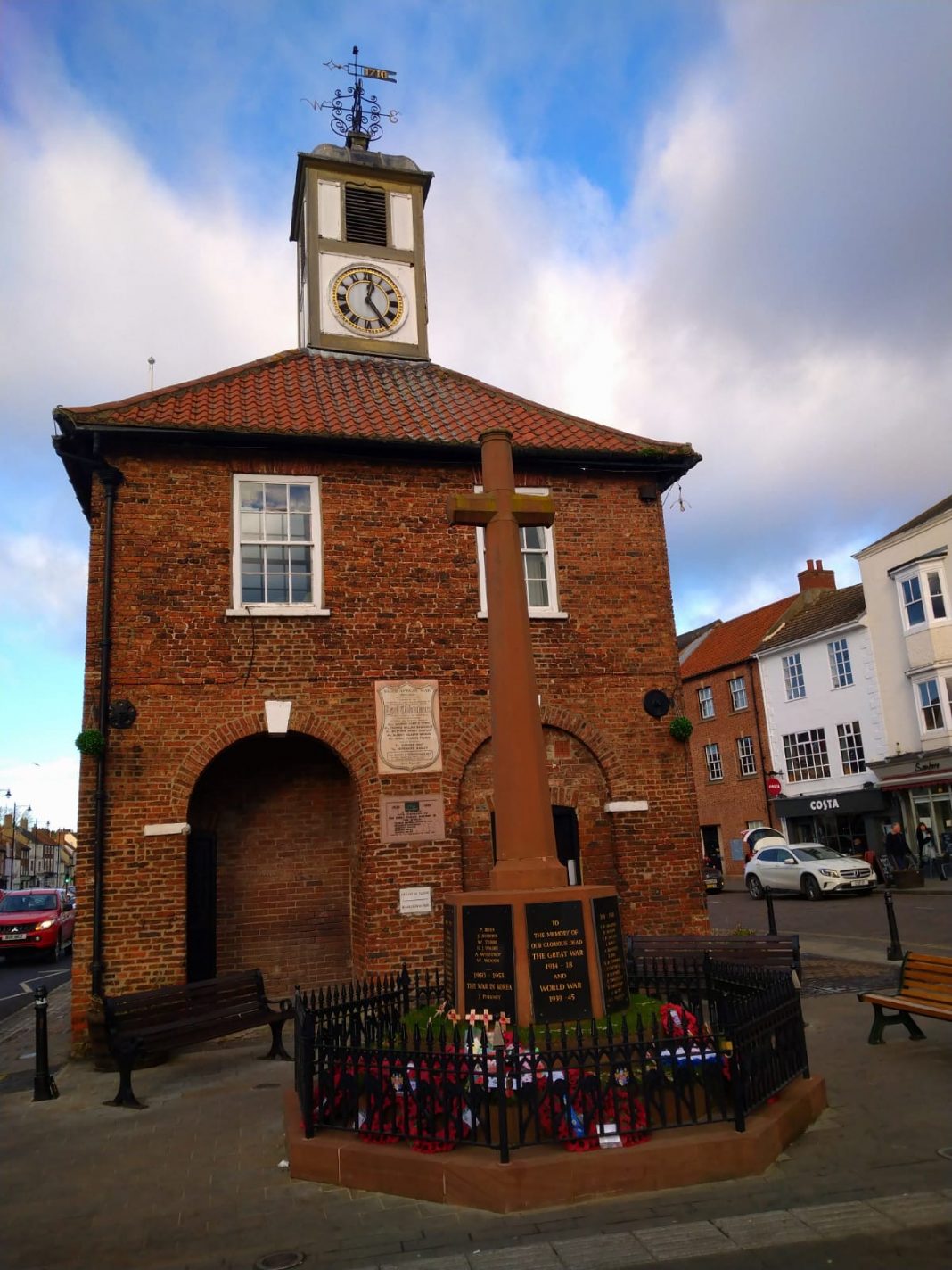 On a peninsula almost surrounded by the River Tees, is at the southern extremity of places reached by these articles. It is an interesting place for a day out by train, avoiding the problems of parking on the High Street by not bringing your ton of metal with you.

The town of Yarm is served by two railway stations but there is not a single service between them, which raises the interesting possibility of a walk between the two stations, Yarm is only served by the hourly TransPennine Express from York and beyond to Middlesbrough and (newly introduced) to Redcar Central. Passengers from Darlington and Newcastle can change at Thornaby.

So what’s in Yarm, to make it so interesting? Diane, a local, suggested the following on the Visit Yarm website: “the oldy worldy charm, the cobbles, the meandering river, the stone bridge, the viaduct, the diverse quaint shops, the town hall, the food choices, the ale houses, the castle, the fair, the history, the flood, the people!”

Well, the fair is only on one week in October, and the flooding happens, we hope, less often, although the mark on Flood Cottage shows the height of the flood in 1881 higher than the top of the garage. A walk from the Town Hall, built in 1710, east past the octagonal Methodist church beloved of John Wesley, and along the river bank on the town side, passing under the 1400 bridge of Bishop Skirlaw and the railway viaduct back round to West Street will show the extent of the flood defence scheme. A walk up to the parish church will reveal the miniature Yarm Castle erected as a folly. 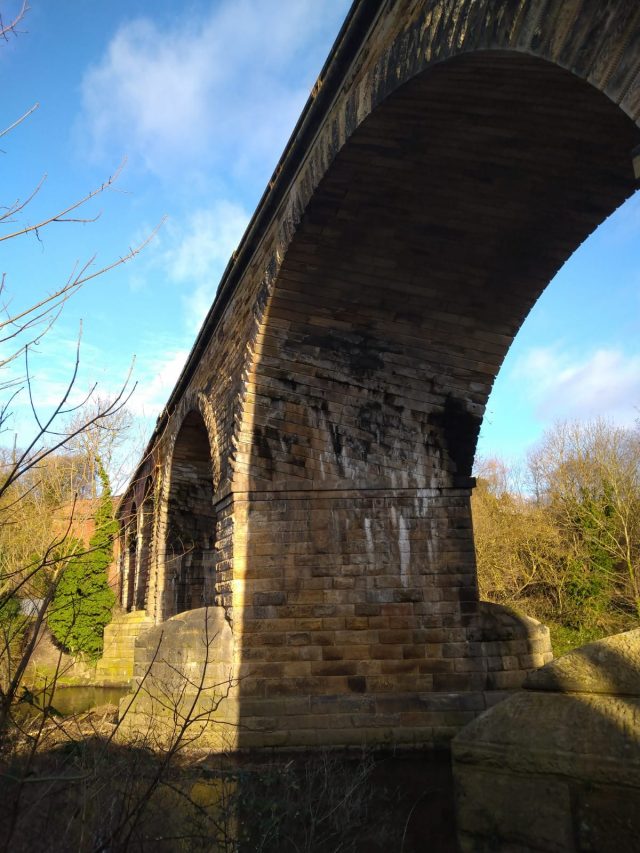 But we jump ahead. Print off a little map of Yarm at streetmap.co.uk

The better served station is Eaglescliffe, to the north of the town, served by Northern twice an hour each direction between Saltburn, Middlesbrough, Darlington and Bishop Auckland, plus five Grand Central trains a day between Sunderland and London King’s Cross. If ever you decide to walk (the posh title is an “urban transect”) between two stations with different levels of service, always walk towards the one with the more frequent service, to minimise your waiting time. Buy a return to Yarm, making sure it is also valid on Northern trains from Eaglescliffe.

Leaving Yarm station turn right eastward towards the roundabout, and go straight ahead, turning first right to Kirklevington Grange prison where the inmates will serve you (outside the prison fence) with the cheapest cup of tea/coffee in Yarm, and the garden centre is worth a visit too. (The car valet is no use to rail travellers.) Then walk down into the town, exploring the Georgian architecture, and later head north over the road bridge, admiring the 43 arch railway viaduct with 7 million bricks, built by the Leeds and Northern Railway in 1849-51. A watering hole is available at the Parkmore Hotel on the way to Eaglescliffe. Total walk, three miles.

The significance of Yarm as a railway centre will be marked by the 200th anniversary of the Promoters’ meeting for the first locomotive hauled railway in the world. That opened in 1825 but it was a 1820 meeting in the George and Dragon pub in Yarm which set the process of bringing together land, labour, capital and enterprise, and to petition Parliament. I will next be in Yarm on the evening of Wednesday 12th February when the meeting will be re-enacted. I have some tickets available – email me if you would like to be there.