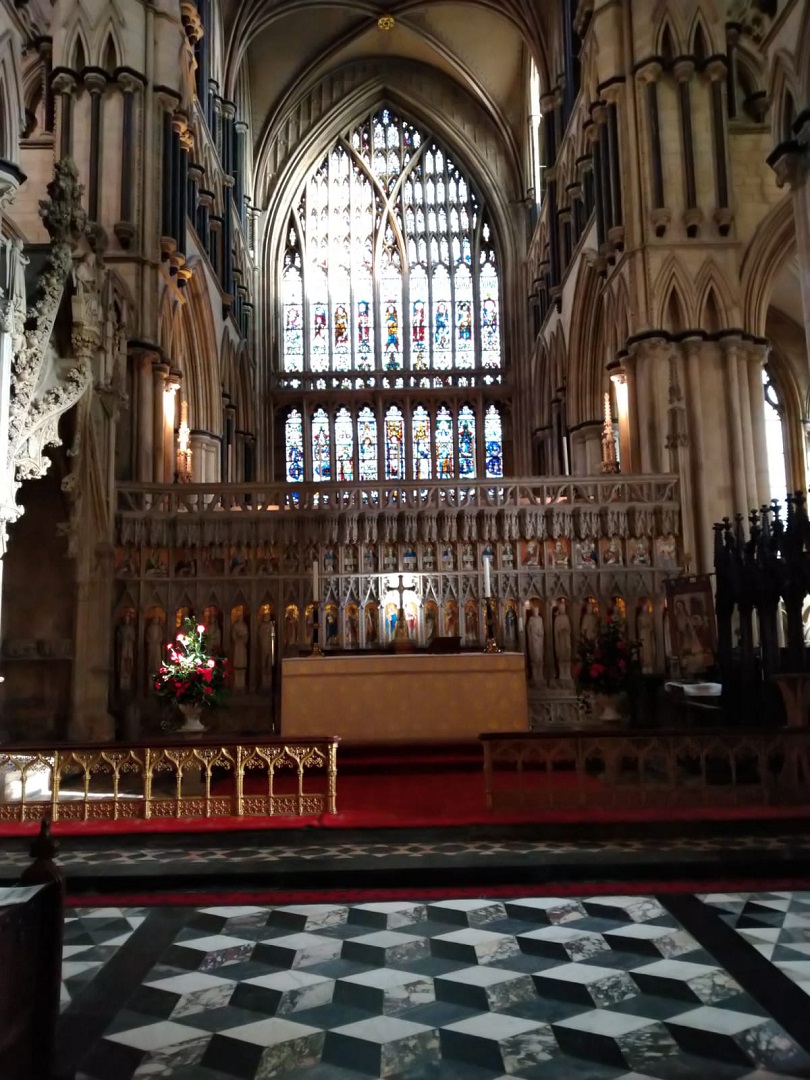 I spent 24 hours in the County Town of East Yorkshire during January, whilst the choir of University College Durham was making a recording in the historic Minster. The acoustics and the organ there are better than in the chapels of Durham Castle and gave the choir’s 17 members a break during the Christmas vacation before resuming their studies. They stayed in the local youth hostel with an out-of-season private hire, whilst I stayed one night in the Premier Inn on Flemingate. I like Premier Inns, with a consistent standard of service across the brand, and dynamic pricing which reflects market demand and can offer many bargains.

I went by train from the northeast via York, then on the regional train via Selby, Brough and Hull with a further change for the eight-mile trip from Hull to Beverley, from where the trains continue to Scarborough. However, York/Scarborough is a slower route than traveling via Hull. A highlight of the trip is passing below the Humber Bridge but Beverley itself is a gem. Having survived WW2 virtually unscathed, despite it being a centre for industry, the town boasts still some 40 pubs, including one, the White Horse Inn, which is still lit by gaslight. Once the home of the Museum of Army Transport, which was forced to close in 2003, Beverley has not only its fine Minster, dating from 1220 but also a second large parish church in St. Mary’s on the north side of town. 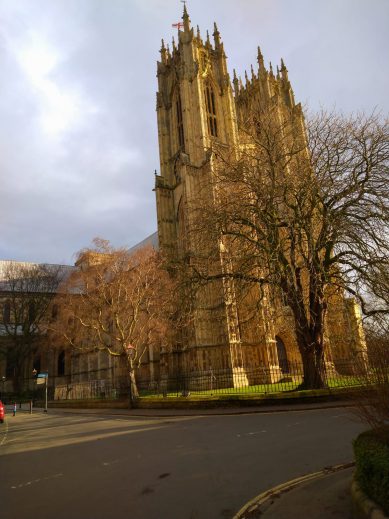 Close by is the one remaining “Bar” or gate into the town. For many years, many double deck buses in Beverley had domed roofs so they could get through the North Bar dating from 1409. Modern construction techniques and crashworthiness testing for buses eliminated that option, and none navigate the North Bar anymore. The town is distinctive for having, like Hull, cream telephone boxes instead of the traditional red, as phone services are provided by Kingston Communications (KCOM).

The choir sang the evening service for Epiphany for the citizens of Beverley, and later I had the experience of being the single patron of a cinema screen at the Parkway Cinema. In the morning I met the choir at rehearsals as a trustee of the University College Durham Trust which has commissioned the recording. The actual performances were recorded in the evening after the Minster had closed to the public. Beverley Beck is a man-made canal connecting to the River Hull. Having walked part of the canal, I took an East Yorkshire bus back to the town’s bus station. EY is the latest acquisition of the Go-Ahead Group and managed alongside Go North East. 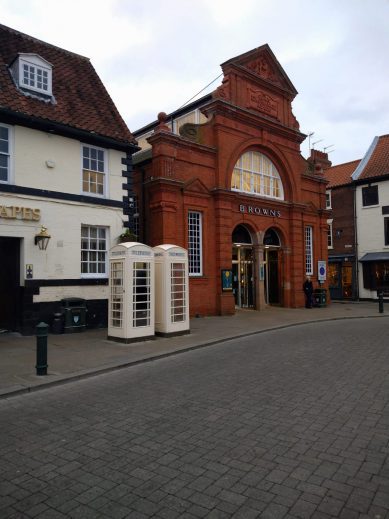 Now a town of 29,100, the town was founded by Saint John of Beverley in 700 as a monastery and school, which means that Beverley Grammar School is the UK’s oldest state school. During the Harrying of the North by the victorious Normans, Beverley was spared destruction in respect of the saint, and the oldest pub – the Sun Inn – was established in the same year as St. Mary’s parish church, both dating from 1530, at which time the wealthy town was the tenth-largest in England. Horse racing started about 1690 and the present racecourse starts the season on 15th April, just after Easter, with a second meeting on St. George’s Day, the 23rd. The railway arrived in 1846 and the centrally located and fully-covered station is a Grade II structure. The associated level crossings are less popular with the motoring fraternity but ensured priority for the homeward train.