Home Business How To Use Snus and Nicotine Pouches 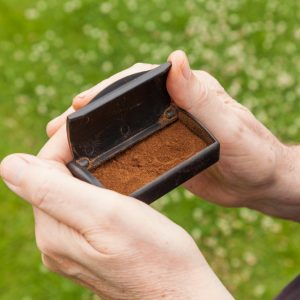 Snus is a Swedish tobacco product that some consider a safer alternative to smoking. Instead of burning tobacco and inhaling the smoke, users of snus place a small pouch of tobacco in their upper lip. These pouches often have flavours like berry, mint, liquorice or coffee, and users typically report a mild tingling sensation followed by the mellow feeling of a nicotine hit.

Mostly popular in Sweden and Scandinavia, Snus also has its high profile British adherents, including Leicester City and England striker Jamie Vardy was pictured with a tin of snus his hand during the Euro 2016 tournament. Vardy even wrote about the product in his autobiography From Nowhere, saying that taking snus “helped me chill out.”

While the sale of snus with tobacco is now illegal in the United Kingdom, tobacco free versions of snus, known as “nicotine pouches” are easily available to order online, shipping from Sweden to countries across Europe. If you’re curious about trying this out this interesting alternative to smoking, here’s how to do it:

Popular snus and nicotine pouch flavors fall into four categories. “Refreshing” such an eucalyptus and spearmint, Fruity including both zesty and sweet flavors, Natural for those who prefer an authentic tobacco flavor, and Creamy such as coffee, frappuccino and espresso. Some of these truly sound tempting – kind of like a boiled sweet that you don’t suck on, but merely leave alone under your top lip for fifteen minutes or so.

No messy ash trays. No having to step outside into the cold. No second hand smoke. Nicotine pouches are an interesting tobacco and smoking alternative that may just be catching on in Britain