Home Consett News Putting on the Ritz – By Joyce Shaw 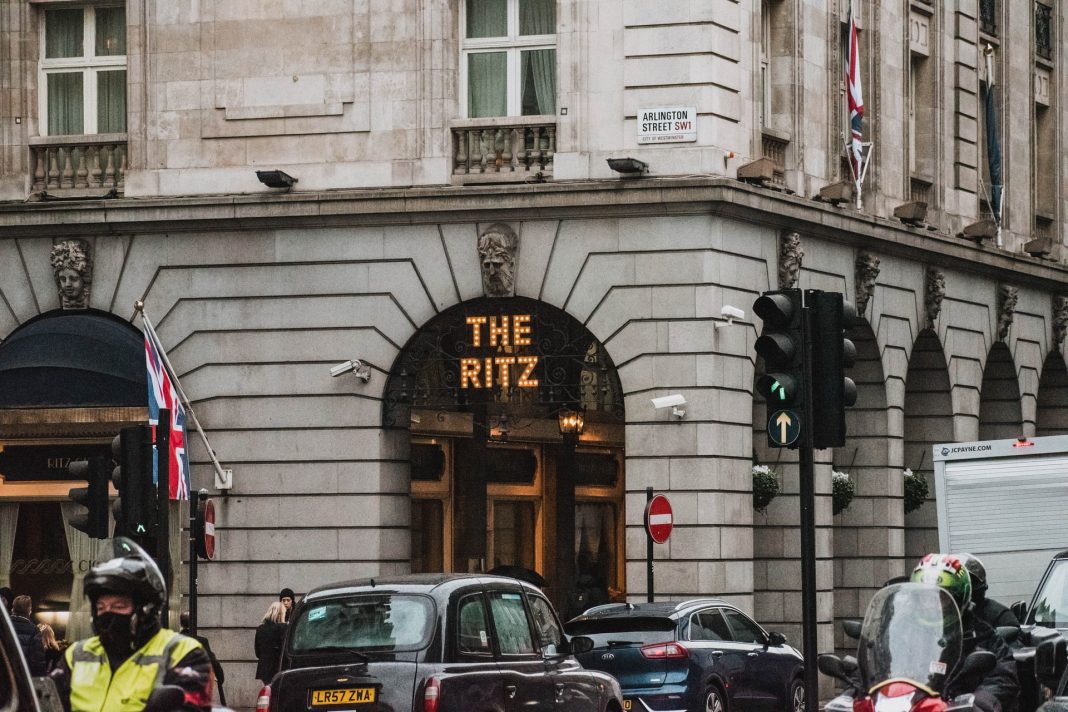 It was the hottest weekend of the year, and I was host to my life-long American friends. They’re staying with me for 3 weeks and I had a heavy schedule planned so that they saw as much as possible of the UK in that time!

We had been to the Lake District and Edinburgh and, of course, Durham and Newcastle, but it was time now to see London!

The Eye was closed as it had no air con in those days but we travelled on the Thames and tried to keep cool…we only viewed restaurants that boasted of air conditioning…not even considering the menu!!

I had warned Richard that he needed a tie for something secret that I had planned! Of course because it was so hot, he put the tie in his pocket!.

We finished the boat ride on the Thames and hailed a taxi which took us to the front door of the Ritz hotel. In the taxi I explained my plan of visiting the Rivoli Bar at the Ritz and the dress code dictated that Richard would need to wear a tie.  The liveried doorman ushered us inside but before we reached the Rivoli Bar, a man suddenly appeared and told Richard that he could go no further!  I immediately intervened and asked what was the problem. Apparently the leather, laced shoes which Richard was wearing were called sneakers and were too informal to be able to wander around the hotel!! It didn’t seem to matter that a man walked by in Arabian costume-wearing open-toed sandals!!

No allowance was made that my friends had come from the USA for this special visit, and so I went to the concierge and asked him if there was another hotel as good as the Ritz. He suddenly grew 6 inches as he sat upright in his seat and said “Madam there is nowhere as good as the Ritz!!!”   He then recommended Browns across the road in Piccadilly and we got ushered out of the door! My comment to Donna and Richard was “Well there can’t be many Methodists who have been thrown out of the Ritz!!!”…and I’m sure it’s a story they are still telling back in the USA!