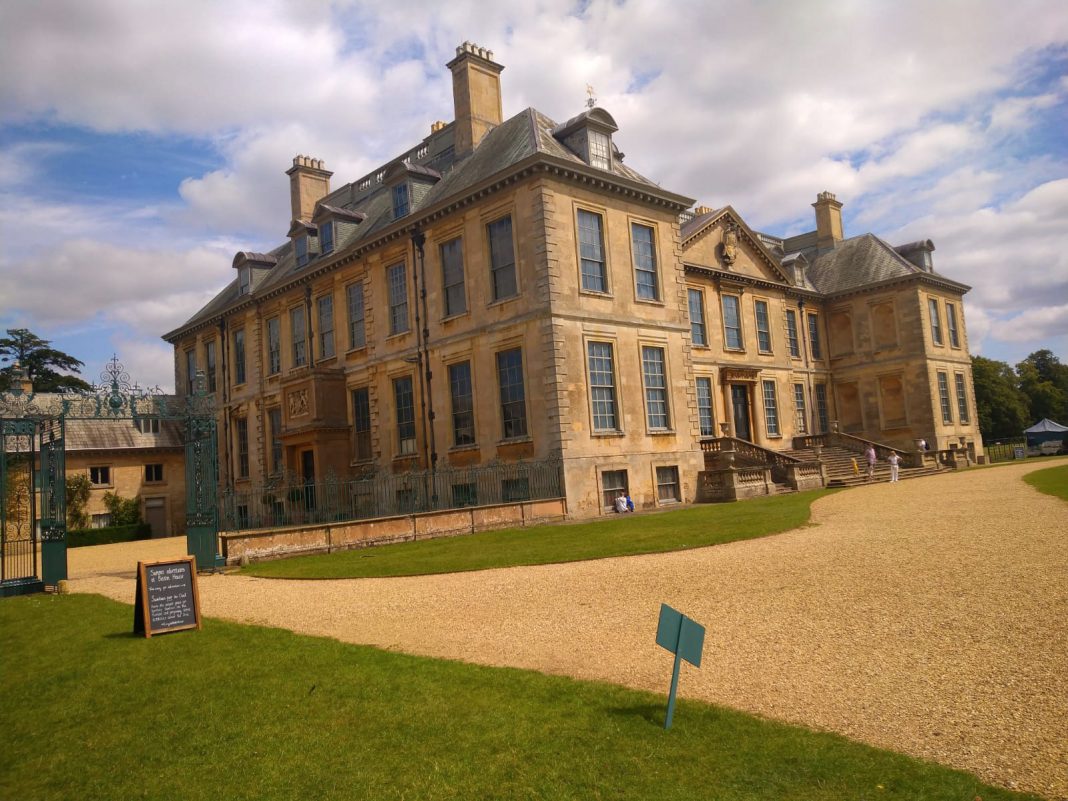 On arrival at Grantham station I saw the sign “Home of the Woodland Trust”, a respected charity to which I applied for a job back in 1993, and I had not visited the town of Grantham since.  It’s an East Midlands town through which the Great North Road passed and also the railway since 1850.  My journey was on a new LNER Azuma train from Durham, changing at Newark southbound and direct back northbound, although the three compulsory seat reservations were all in a single seat with no window at the end of the carriage.  Each time, I moved elsewhere and had a table of four to myself, as like most passengers I prefer a window.  Trains to and from were all punctual, and not busy – in fact the lack of cars in the car parks at Durham, Newark and Grantham suggested many car users had taken that mode of transport for their entire journey. 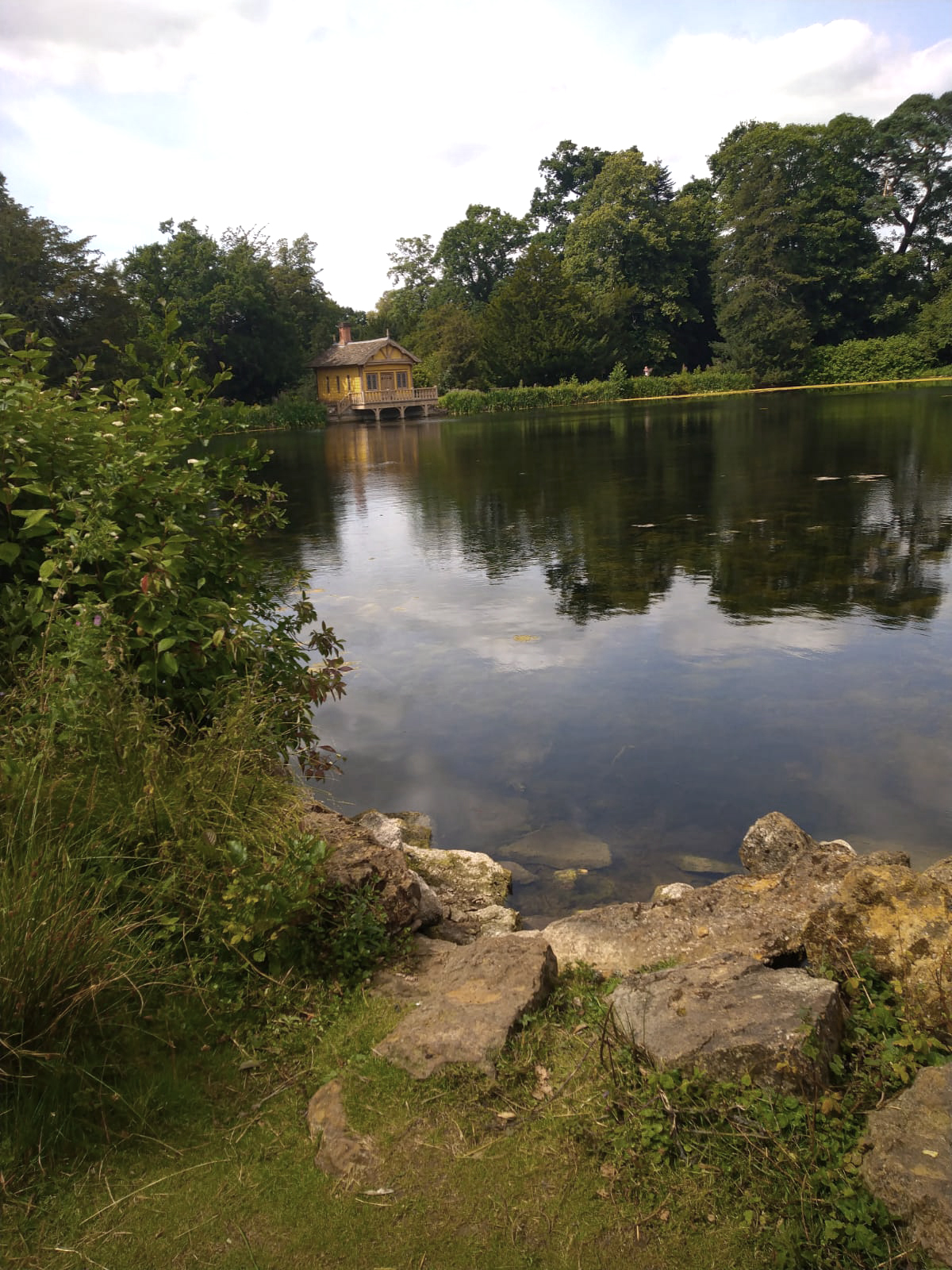 The Stagecoach 1 bus to Lincoln starts from outside the railway station main entrance and travels three miles to the entrance of Belton House, built 1685-8, a National Trust (NT) property since 1984.  I approached on foot, seemingly a strange thing to do although the bus is hourly and stops in the estate village with beautiful cottages and a pleasant church.  At the time of writing, you have to book online with the NT, and it is always easier to get slots later in the day and stay until closing time.  Since the grounds of Belton House were closing unusually three hours early at 1400 for a staff meeting (announcing redundancies, sadly), I just had two hours to explore the formal gardens which gave way eastwards to parkland with follies and ponds and finally a large boating lake and dense woodland paths beyond.  I missed the largest adventure playground which the NT has before it was early closing time and I took the bus back into town. 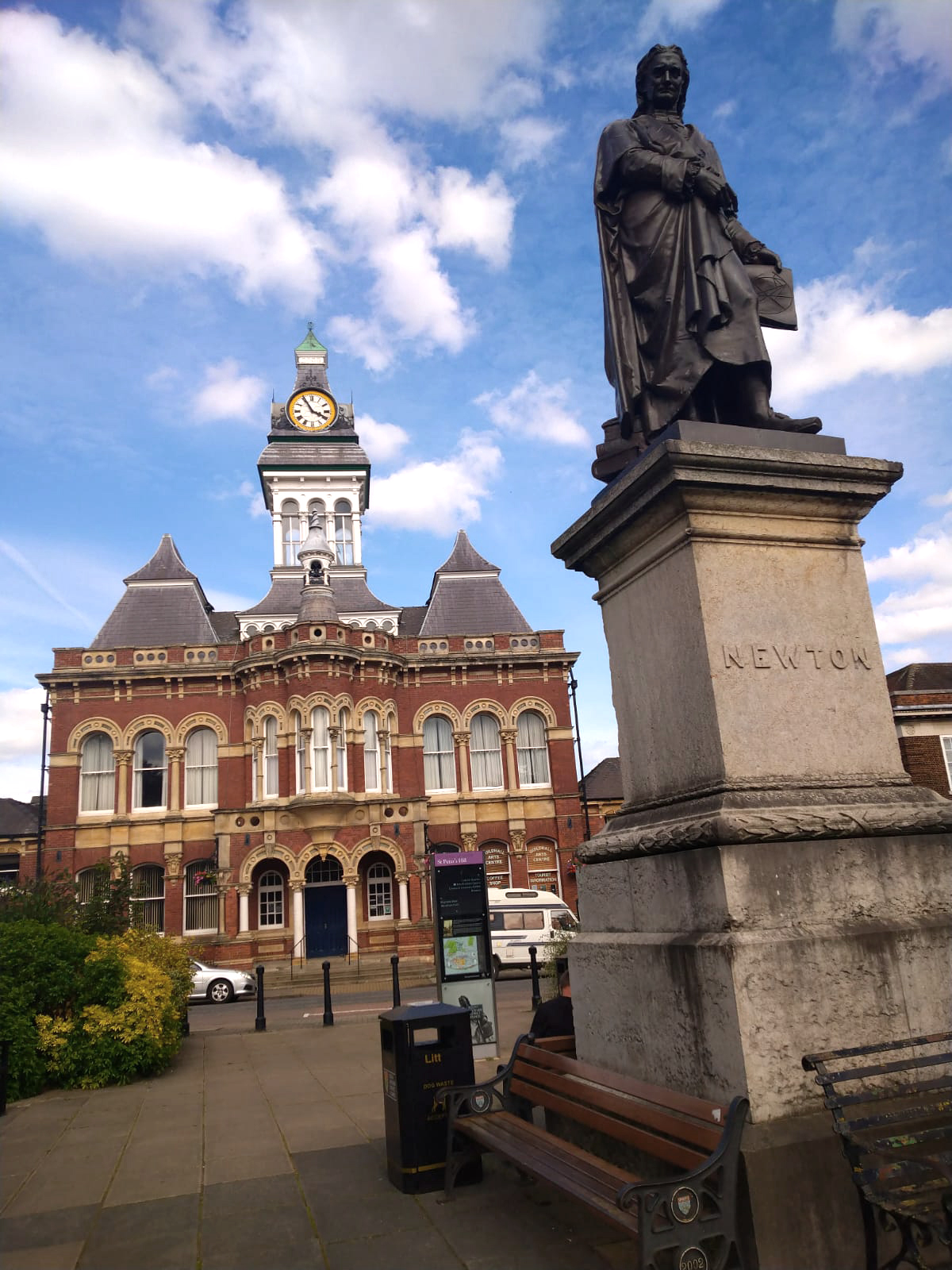 Grantham has two very famous former inhabitants.  One of these the town is very comfortable with, that being Sir Isaac Newton (1642-1727) the physicist and mathematician, who is commemorated with a park featuring a sculpture of the apple and hand, and a statue outside the Guildhall.  Legend has it that the apple fell on his head in Grantham that helped him to discover gravity – not invent it, you will understand!   Gravity is also the name of a nightclub in town and the local radio station.

The other famous person is the much more controversial Margaret Thatcher, Prime Minister 1979-1990 who was born above a corner shop on North Parade in 1925, which is now the Living Health chiropractic.  Unfortunately it was closed for treatments, and there was no statue.

The town museum was closed, and the tall parish church of St. Wulfram which housed a public library as early as 1598. But Notions antiques centre in the High Street was well worth a visit.  I found the Angel and Royal hotel closed for refurbishment, once a major coaching inn which fell on hard times when the railway arrived.  One of England’s oldest hotels dating from 1203, it hosted King John in 1213.  The Angel only gained the name “and Royal” in 1866 after a stay by the Prince of Wales.  When finished, it will be worth a stay.   For evening meal, I elected for fish and chips at the “Relax” restaurant on Westgate, but I do wish the lady there had refrained from repeatedly calling me “babe”.  I can just about handle “pet” in the north-east, but “babe”, I thought, was a step too far.  – By Alex Nelson