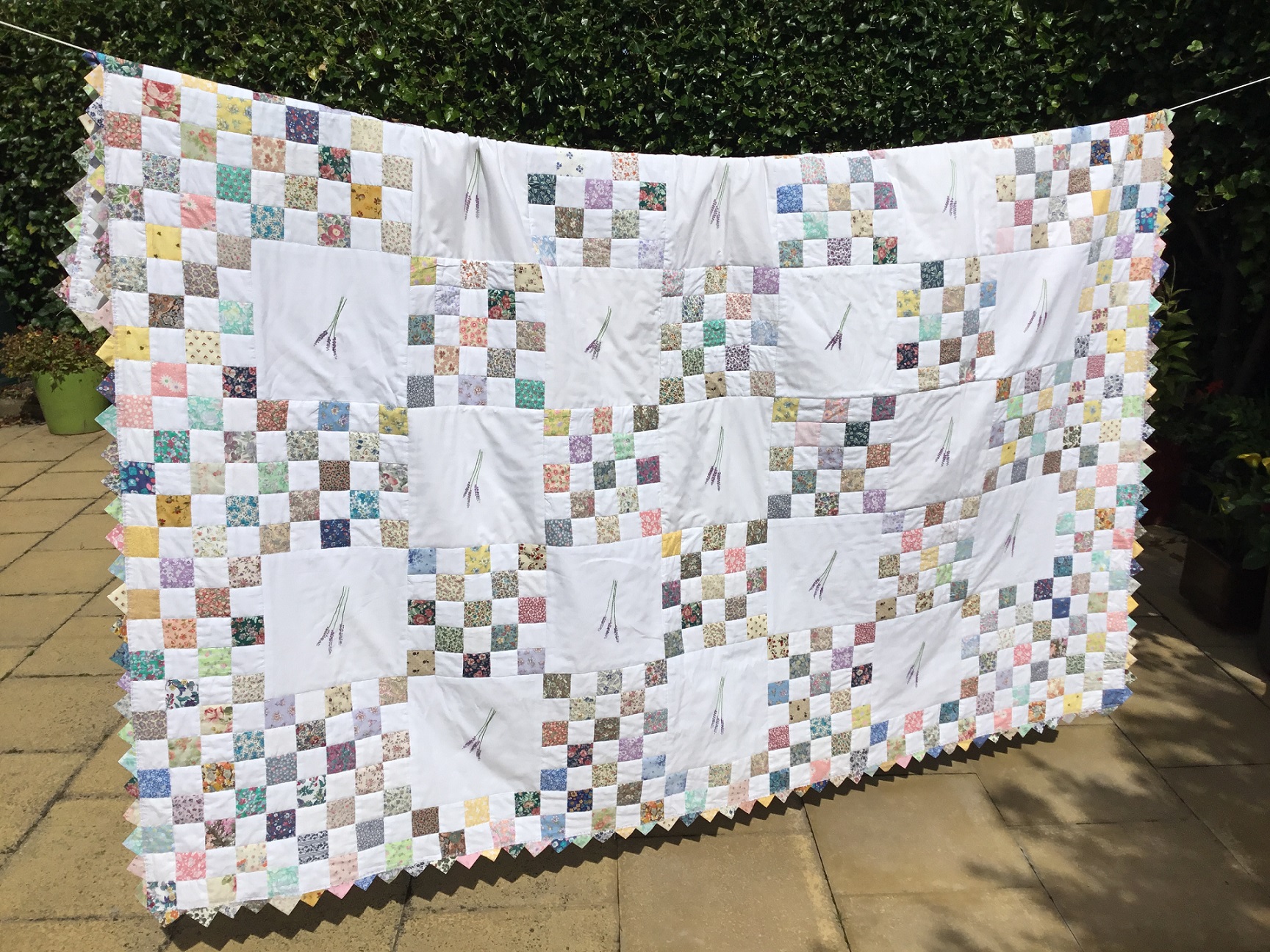 Approximately 25 to 30 years ago I started to make a patchwork quilt. It was made in the traditionally – English paper pieced style in which very accurately cut two inch squares of paper were wrapped in two and a half inch squares of differently patterned cotton material and tacked down. These squares were then oversewn together with tiny close together stitches.

I alternated these squares with plain white cotton to produce a checkerboard effect.

I then embroidered sprigs of lavender onto the same white cotton with no clear idea how big it would eventually be. It was like Topsy, it just grew.

I carried small boxes of prepared squares with me wherever I went and worked on them at every opportunity.

Occasionally they were put away into a cupboard for a few weeks or even months but they always eventually resurfaced.

I always had a very traditional approach to patchwork using recycled blouses, shirts, dresses and skirts garnered from friends, family and charity shops. I very rarely bought any new material.

The quilt became a collection of memories sewn together with love, with contributions of work from my daughter and granddaughter.

It was eventually finished during the lockdown with a large sigh of satisfaction from me and a sigh of relief from my friend Stephanie who had promised to complete it if misfortune of any kind overtook me before it was finished!

Anyway, something good emerged from COVID 19!