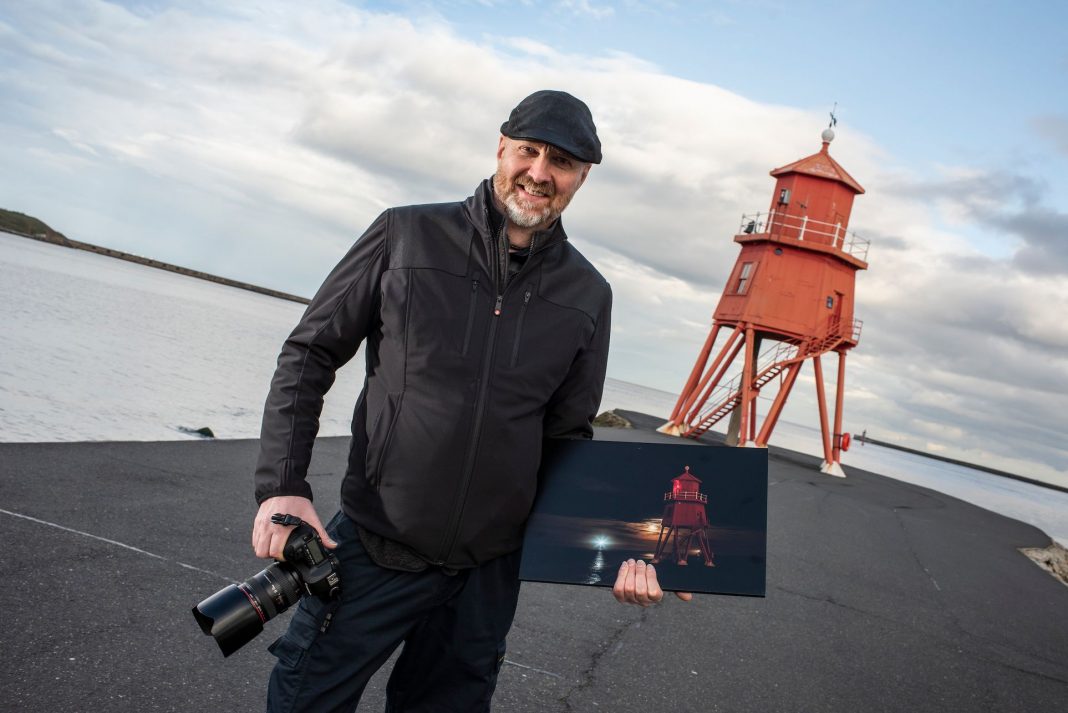 A self-taught photographer who spent his life overcoming terrible odds is using his stunning images of the North East to help people around the world beat the lockdown blues.

Phil Benton first combined his award-winning images with inspirational quotes when pandemic restrictions shut down the markets and fairs which are his bread and butter.

The results were such a big hit with fans, he’s now selling printed copies on his website and via Facebook, in time for Christmas.

“After what happened to me, I know what people are going through at the moment – the uncertainty, the feeling that they are not in control of their destiny. That’s why I started adding inspirational quotes and sharing them on social media. The response has been brilliant,” he said.

The impact of COVID is just the latest in a lifetime of hurdles Phil has overcome since developing the debilitating disease ME at the age of 19 and suffering crippling bouts of depression.

“As a teenager, I skied, played golf and was the life and soul of the party. Then, I took ill and was bedridden for five months. I was weak, my body slowed right down. I was a painter and decorator at the time and I thought I had lead poisoning from the paint. It knocked me for six,” said Phil, who now lives in Chopwell, Gateshead.

“ME is also called chronic fatigue syndrome and causes extreme tiredness. It sounds a lot like the symptoms they have described for long COVID.”

Eventually, Phil and his friends raised funds to pay for private treatment, but the benefits were short-lived and his physical and mental health deteriorated again. But rather than letting his disabilities define him, Phil grabbed the opportunities that came his way. He joined a camera club, where he discovered a talent for photography.

Three years ago, his stunning photograph of the South Shields lighthouse at the entrance to the Tyne, Herd Groyne, entitled “The Lights” won him the accolade of highly commended in the National Landscape Photographer of the Year competition.

Having learned to manage his condition, lose three stones in weight and feeling mentally well, Phil found a successful niche selling his prints at markets and fairs until coronavirus stopped them.

“The lockdown would have floored the old me, but I thought, no, I’m not letting it,” said Phil. “My work means more to me than money. It’s my therapy. The fact that it also brings a lot of other people joy is the icing on the cake and a lot have asked me for copies of my work. I’ve now set up an online Christmas shop on my website so others can share my passion too.”

Phil has been working alongside Consett’s, This is Me Agency, a company which supports disabled people. Michelle Wade from the agency was full of praise for Phil’s achievements.

“Phil is an inspiration. He has remained upbeat, despite his health and being unable to sell his work in the usual outlets, and his passion and dedication is a great example to all.”