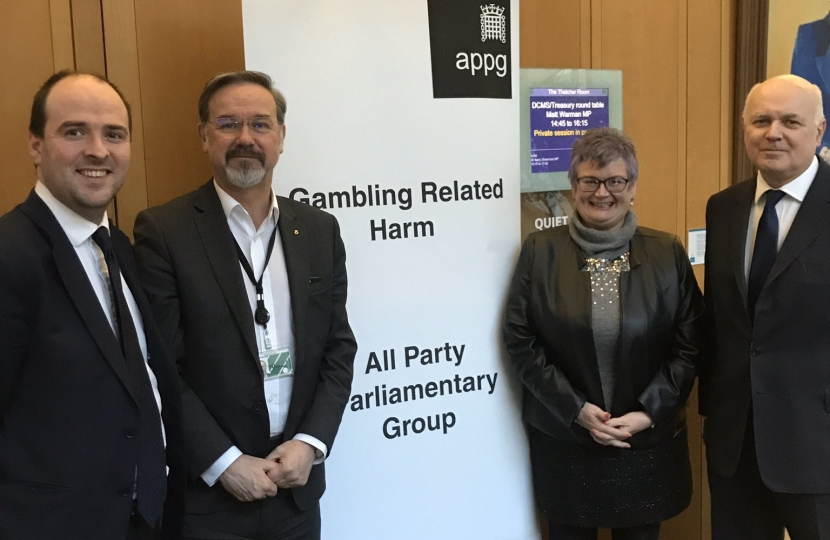 Richard Holden, Member of Parliament for North West Durham, is demanding a crackdown on under-18 gambling and the closure of the ‘lottery loophole’ that is being exploited by the National Lottery.

In July, Richard led the Public Accounts Committee investigation into the role of the Gambling Commission, along with James Wild, Member of Parliament for North West Norfolk. The report that was published following this investigation has been well-received by the Government, and Richard has continued to work with the All-Party Parliamentary Group on Gambling Related Harm.

Richard is now looking at how the ‘Lottery Loophole’ can be prevented. When the lottery was created in 1994 it was a weekly draw. However, although the law currently states that whilst you have to be 18 or older to gamble, a loophole means that a full array of lottery products now available is accessible to 16 and 17-year-olds. That includes online instant win games, and, alongside gamblers of all ages, 16 and 17-year-olds are able to spend an enormous £350 a week online, as well as obviously unlimited sums of money in retailers where scratch cards are sold.

Richard is now pushing for the age at which you can play National Lottery games to 18, and for the Government to kick off its broader review of the 2005 Gambling Act.

“Allowing people as young as 16 to lose hundreds of pounds a week in online gambling, and unlimited sums on scratch cards, is, to put it bluntly, madness. The Lottery doesn’t even know how many 16 and 17-year-olds are gambling via its products and it’s really concerning that young people across the country are losing potentially hundreds of pounds a week and the lottery isn’t even aware of the scale of the problem.

”With instant win – or instant loss – games and the ability to lose hundreds of pounds a week – it is clear that the age at which National Lottery games can be played now needs to be raised to 18.

“I want to see sensible measures implemented that protect vulnerable under-18s from what is potentially serious financial harm and addiction as a result of gambling and I hope that the Government acts soon on this matter alongside launching the broader Gambling Act review.”