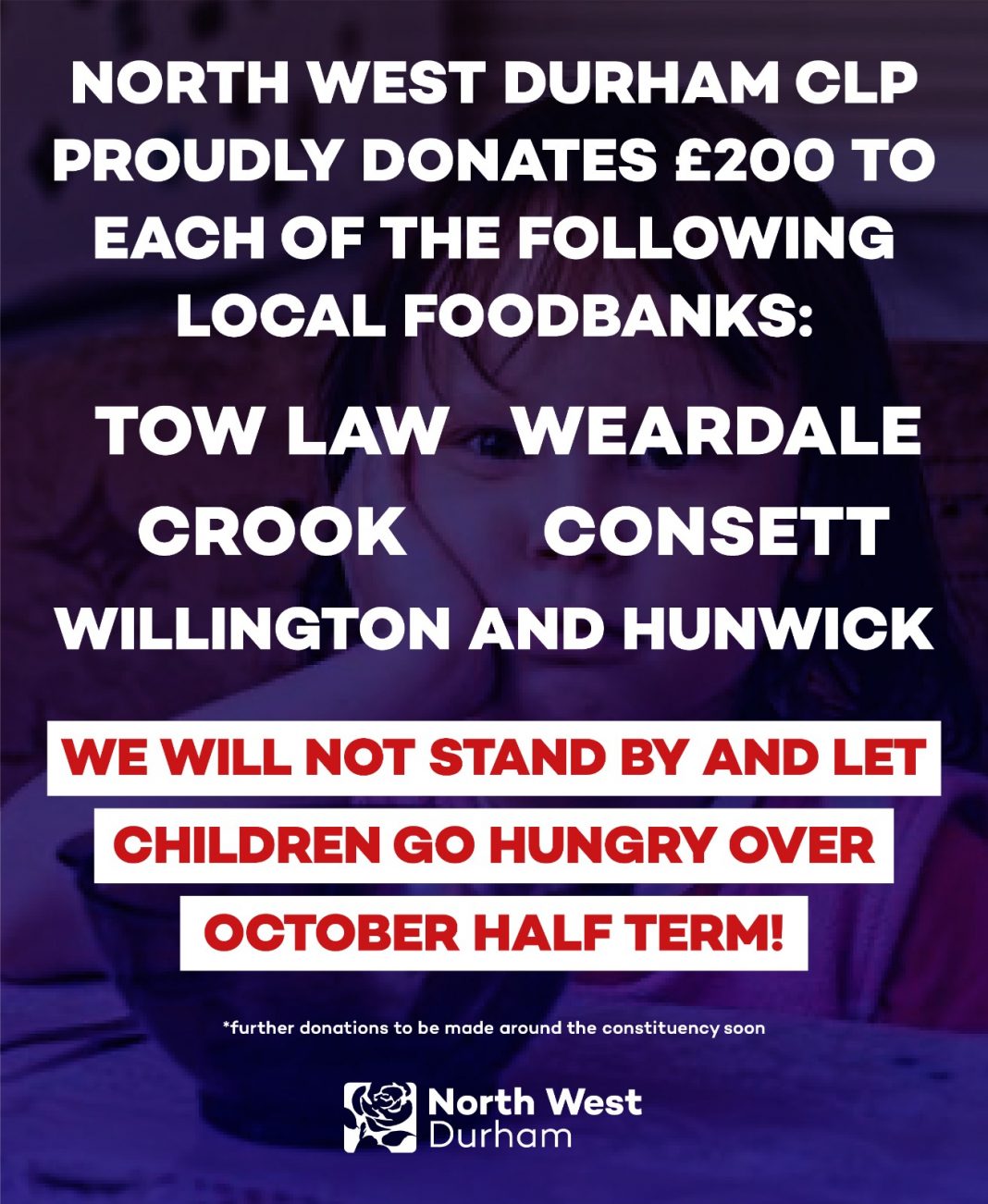 The five food banks – in Tow Law, Weardale, Crook, Consett and Willington & Hunwick – each received £200 after local party members, angered at the government’s refusal to extend free school meals over the holiday, decided to act.

Margaret Nealis from the Consett food bank (also known as ‘Food4u‘) said: “We wish to thank the North West Durham Labour Party for their donation of funds to help the food bank’s ongoing support of local families in need and this support is greatly appreciated.”

Commenting on the move, North West Durham Labour fundraiser Emma Heenan said: “Due to the generosity of local party members at virtual events we have held over the last six months, this first round of donations made to five of the main food banks in North West Durham is just the beginning of support the party is aiming to provide over the coming weeks and months. We won’t let those in need go without in our area.”

That support is set to continue with a special “The Spirit of Christmas” online fundraising event at 7pm on Saturday 5 December, where local party members will gather virtually to raise money for a range of local organisations supporting vulnerable families through what will likely be a difficult winter and festive period.

For further information about “The Spirit of Christmas” event or to support the party’s work in this area contact North West Durham Labour’s fundraising team at nwdclp.fundraiser@gmail.com