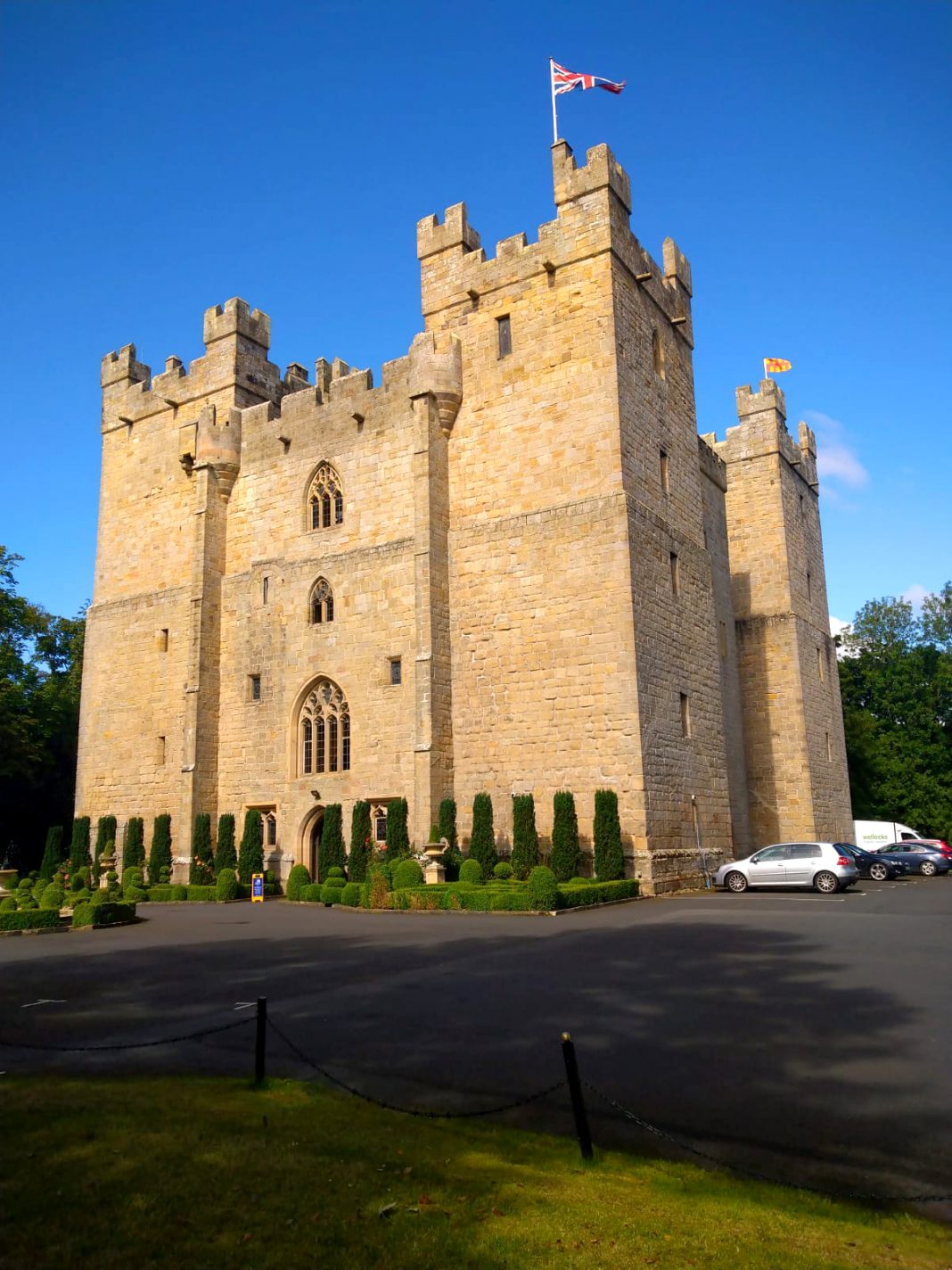 I took a visit with my step-daughter Melissa to Haydon Bridge in August 2020 when traffic was slowly building on the railway and the government’s “Eat Out to Help Out” promotion suggested I was doing my civic duty by having lunch at Langley Castle under two miles out of town. In so doing, we walked part of the John Martin trail, devised in 2004, past his birthplace at East Land Ends on the south side of the river.

John Martin (1789-1854) was the most famous artist of his day, noted for his apocalyptic pictures of biblical scenes, but he was also a polymath who proposed and made drawings of new railways for London and plans for new sewerage systems.

Some of his canvases are on display at the Laing Art Gallery in Newcastle, in the free entry area, and at the time they were first displayed were regarded as sensational. A large piece “The Destruction of Sodom and Gomorrah” is one of the treasures of the Laing. John was one of 13 children, only five of which survived into adulthood. His brother Jonathan (surely some room for confusion there!) was most renowned for attempting to burn down York Minster in 1829 and committed to an institution for the rest of his life. John was born in a one-roomed cottage, and, as he later said “By birth, my station could scarcely have been humbler”, but he moved to London in 1806 where he found fame and fortune. 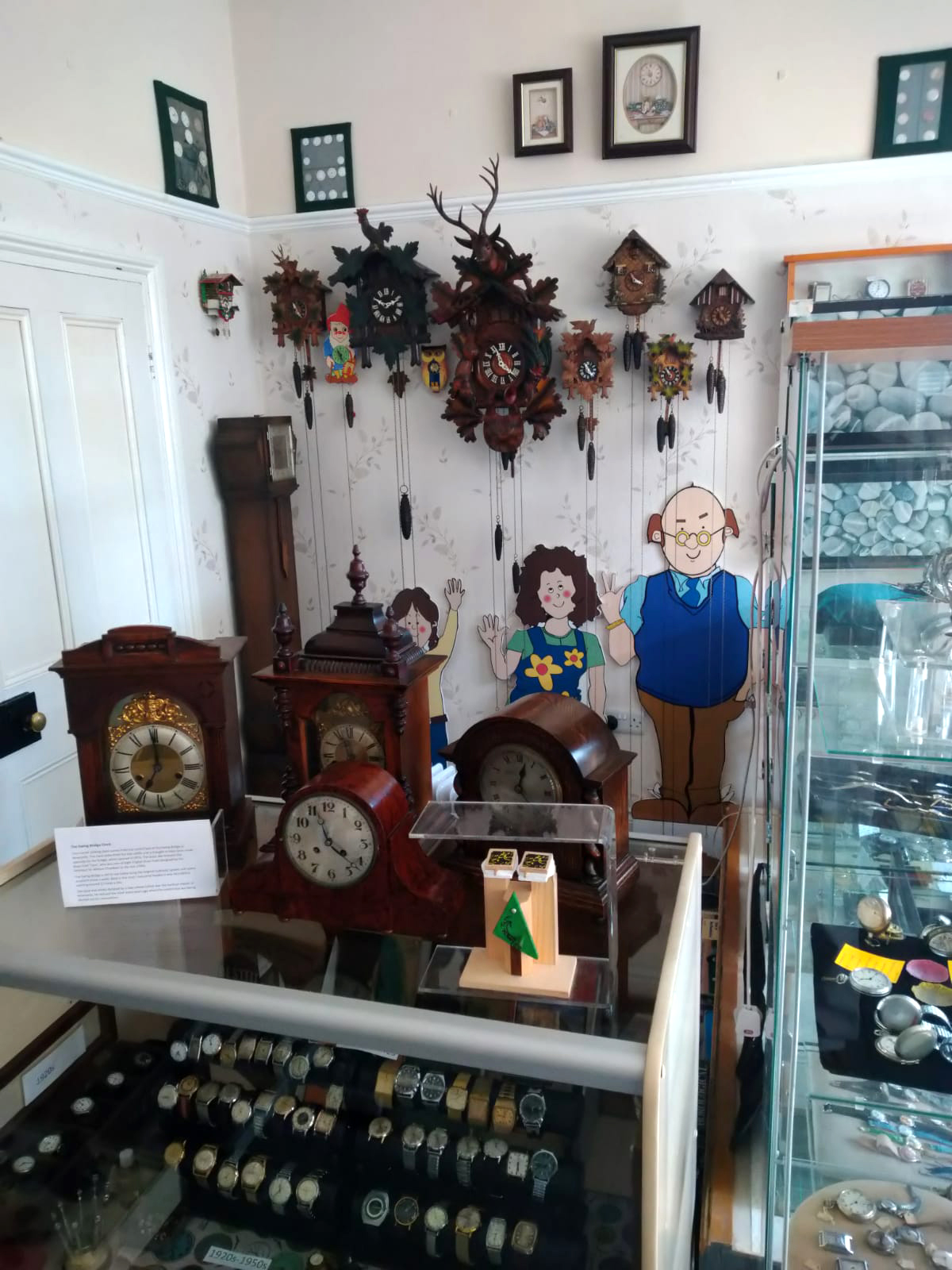 Haydon Bridge only has about 2,000 inhabitants but has a roughly hourly rail service on the Newcastle to Carlisle line opened in 1838. There is a level crossing at the top of Church Street, which runs south to the River Tyne, and here the traffic on the A69 used to roar through the village until it was finally bypassed to the south in 2009.
On the corner of Ratcliffe Road and Church Street is a watch and clock repair business run by Diana Bell, which also trades as Mr. George’s Museum of Time.

Previously located in Haltwhistle, this business has moved to Haydon Bridge, and we met Diana and her son James in the shop packed full with all types of clocks and watches, and CDs, books and children’s toys featuring Diana’s late father George. If you have a clock needing repair, you could take it to Diana and pick it up on another occasion. Unfortunately, owing to the pandemic, the children’s activities have had to be suspended, but the displays are most interesting, and although we were not there at twelve o’clock when all the chiming is at its maximum I imagine the cacophony would be splendid.

There are two hotels and four pubs in the village, but we struck out for Langley Castle, which is of great antiquity, and which was rebuilt between 1882 and 1914, a square building with four turrets. The restorer was Cadwallader John Bates, a local historian, who died before the work was finished, and the work was completed by his wife Josephine. After a spell as St. Cuthbert’s School for Girls, the building was converted to an impressive hotel and wedding venue in 1985.

Haydon Bridge is special for me, as a result of a family holiday from Kent at Plunder Heath above the town in 1979. Melissa was interested to learn it was from there I went by train to see the progress on the Tyne and Wear Metro, and a trip to Durham where I had a tour of the Castle and decided to apply to University College. Thank you, Haydon Bridge.