Home Consett News Fighting for a Brighter Future for Consett 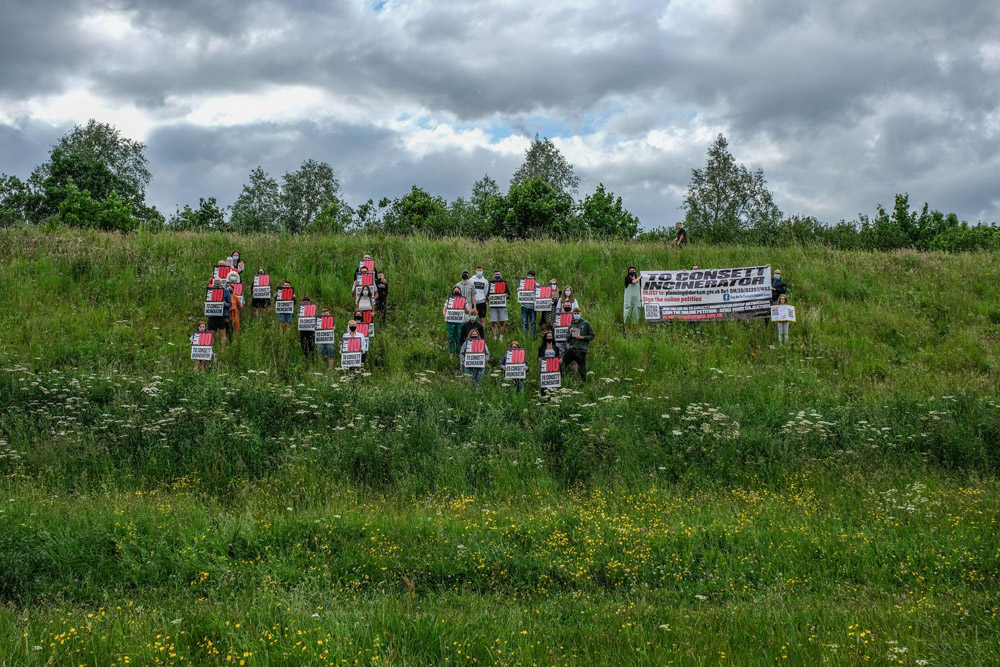 Say No to Consett Incinerator

Consett – Past and Present

Who could have envisioned 40 years ago, when the infamous red dust of the steelworks was consigned to the dustbin of industrial heritage, that the beauty of the Derwent Valley would bathe the town of Consett? Who would have believed that such a town would become a secret gem? A beautiful place to live, enveloped by panoramic views, with an abundance of flora and fauna.

Unfortunately, this fabulous return to Consett’s natural beauty is now under threat. Not by the industrialists of the old steel works. There is no return to the sense of pride that the people of Consett had when the steel they produced was used to build beautiful and significant structures across the globe. No, the new concept of industrialisation for Consett is to burn industrial waste.

Why would anyone want the remnants and particles of industrial waste soiling the air and contaminating the town? Who would have such a dream for their town? This living nightmare of a prospect is now at the planning stage based on a submission linked to Project Genesis. Project Genesis, a name chosen with Biblical connotations. Their vision for the town of Consett would be a land filled with a new sense of hope to compensate for the closure of the Steelworks. A fair assumption would be that the people involved in such a project would want the very best for the town.

According to the Charity Commission website, here are the mission statements created by the Project Genesis Trust to ensure the town of Consett rises from the red dust of industrialisation:

Who could argue with such a bold and bright future envisioned for our town?

Unfortunately, their ambition for the town has been brought into question. Are we getting fabulous new technological businesses? Are we encouraging the high-tech companies that are in abundance across the north east to come to Consett? How about leisure facilities? There are hundreds of new houses on a variety of new housing estates. Are they building new facilities like cinemas, bowling alleys, pubs, and restaurants to ensure the people of the town spend their money in the town? Are they providing new amenities like doctors, dentists, and vets? NO! What is being planned for our town by the Project Genesis, the bastions of the town of Consett’s health and happiness? Their plan for our town – an incinerator.

In a recent questions and answer session with Delves Lane councillors. Mark Short admitted he had been researching incinerators for 7 years, including visits to Holland. In the meantime, hundreds of houses have been built, where the homeowners have been oblivious to such plans. These residents now face the prospect of having an incinerator as their neighbour. For some residents, this is 300 metres from their houses. Houses they bought in good faith. Houses they would not have bought, if they had known this was the plan for Hownsgill Park.

On Clean Air Day, the fabulous people of Consett went to the proposed site for the Consett Incinerator to make a very clear point. We want the air in Consett to stay clean. We SAY NO!

What can YOU do?

There is still time to do something to stop this – join our cause:

We deserve and demand a better and brighter future for Consett – “Say No to Consett Incinerator!”

By Christine Thomas on behalf of the Say No to Consett Incinerator Campaign.