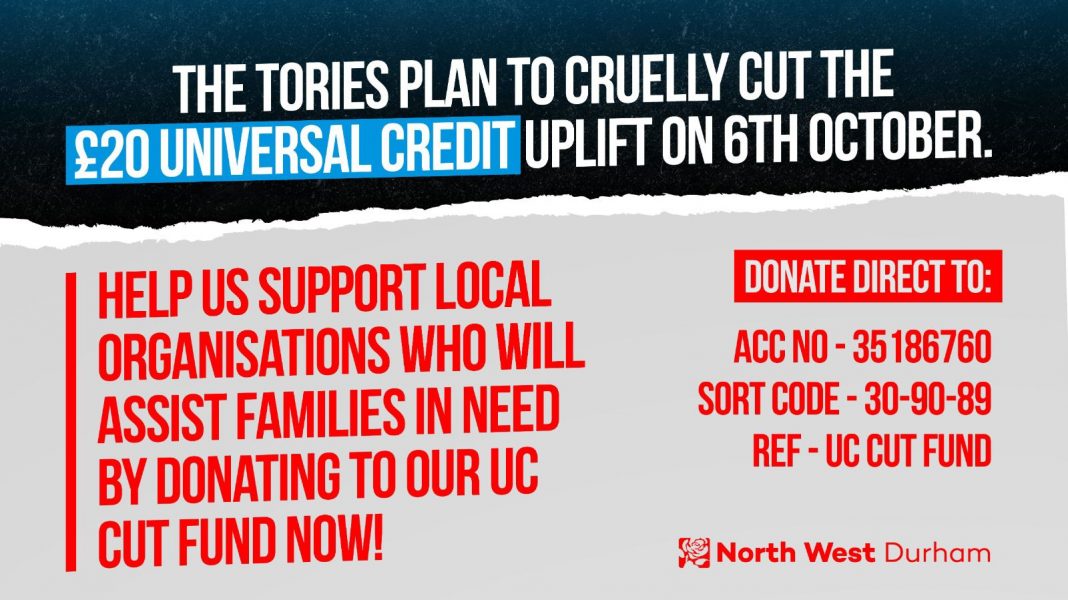 On 6th October 2021, the Conservative Government carried out the largest overnight cut to the basic rate of social security since the second world war. This came despite warnings from experts, charities, local authorities, MPs, claimants themselves and many more.

Richard Holden, the MP for North West Durham, chose not to vote to retain the uplifted rate of Universal Credit despite it impacting:

It is common knowledge the £20 uplift to Universal Credit was a temporary measure, to cut it at a time when many people are still out of work and the cost of food and fuel are increasing is nothing more than cruel. We could now see roughly 800,000 people across the country plunged into poverty.

Let’s not also forget, many people who claim UC are the same people who kept the country running during the coronavirus pandemic – They are care workers, hospital porters, teachers, shop staff, workers who emptied our bins and bus drivers, many of whom often live pay cheque to pay cheque and can find themselves at food banks before their next pay packet.

It is an uneasy fact that anyone is only two pay days away from poverty and sadly, following crisis after crisis for 18 months, working people should not be paying the price for the Government’s mishandling of the pandemic.

As usual, North West Durham Labour Party decided to act in the interests of the people who would be impacted most by the Government’s actions. Fundraising has been taking place for a number of weeks and all donations received will be handed over to the main food banks in the constituency later this month.

This isn’t the first time we’ve had to do this when the Government has abandoned working class people and we’re sure it won’t be the last – but as long as the Tories continue to target the good people of North West Durham we’ll be there to support them, probably with a bit of help from Marcus Rashford.