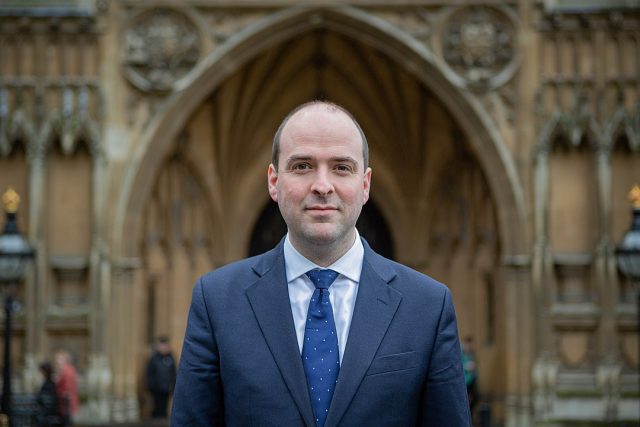 The amendments to the Health and Care Bill will make examinations that falsely claim to be able to determine whether a women or a girl has had vaginal intercourse by examining the female genitalia illegal.

So-called ‘virginity tests’ are currently being conducted by doctors in the UK to ‘check’ or ‘restore’ the virginity of a woman, often prior to an arranged marriage. In the last two years, disclosures relating to Virginity Testing and Hymenoplasty have increased to Karma Nirvana’s national Honour Based Abuse helpline.

The World Health Organisation (WHO) states that so-called ‘virginity testing’ is “a violation of the victims human rights and is associated with both immediate and long-term consequences that are detrimental to her physical, psychological and social well-being”. Both the Royal College of Obstetricians and Gynaecologists (RCOG) and the Royal College of Midwives (RCM) who have worked with Richard Holden came out to strongly oppose to the practice of virginity testing on the grounds that it is not medically required in any circumstance and can be harmful to women.

Women’s rights organisations Karma Nirvana, IKWRO, MEWSo, The Royal College of Obstetricians and Gynaecologists and The Royal College of Midwives are pleased that MPs have voted to outlaw the practice in the Commons and look forward to the Bill going to the House of Lords in the New Year, where they hope to also outlaw hymenoplasty at the same time in law.

“These traumatic practices have no basis in medical science, harm women and girls and perpetuate dangerous myths of ‘purity’. Women and girls deserve to grow up free from oppressively misogynist notions of ‘breaking their womanhood’ so they ‘bleed on their wedding night’.

“I thank Sajid Javid for listening to my concerns and those of the campaigners who have worked tirelessly to bring attention to this awful issue and to my colleagues across the House for their support in voting for these amendments to the Health and Care Bill today.”

“The House of Commons has now spoken on ‘virginity testing’, but we must now act to ban Hymenoplasty in this Bill too. I will continue to work with colleagues and campaigners in the House of Lords to end this violence against women and girls for good”.

“We are pleased that this harmful practice has been banned and urge the Government to put in place measures to ensure that girls and women are protected from these abuses. They are mostly coerced into undergoing this in the name of honour. This is another example of violence and abuse of women and young girls and one that has no place in a modern and equal society.

Dr Edward Morris, President of the Royal College of Obstetricians and Gynaecologists, said:

“We welcome the parliamentary vote passed today to ban virginity testing, as this procedure has no place in the medical world.

“While this is one step closer to making virginity testing illegal, it is vital that we also ban hymenoplasty. These two practices are inextricably linked, and we are concerned that it is often women in vulnerable situations who are seeking these procedures. We condemn both as unnecessary and unacceptable.

“Virginity testing and hymenoplasty perpetuate harmful myths that place value on a woman’s virginity. Every woman deserves to have control over their own sexual and reproductive health, and no woman should be forced to prove themselves a ‘virgin’.”

“Coming just days after MP’s voted to ban the related harmful practice of child marriage, progress is being made in ending “honour” based abuse. It is now essential that the harmful practice of hymenoplasty, which is inextricably linked, is also banned without delay.

“Sustained funding must be put in place for specialist organisations like IKWRO- Women’s Rights Organisation, to engage the community and young people in education to challenge the perception that a woman’s or girl’s worth is connected to the myth of virginity, educate professionals in best practice in tackling ‘honour based abuse’ and provide advice, advocacy, counselling and refuge to girls and women at risk.”

“These abusive practices should have been stopped long ago. The ban on virginity testing passing through Parliament is a promising first step, but we must not stop until Hymenoplasty is banned too. The job is not done yet.
“Now it is the responsibility of the community leaders and the Government to reshape misguided attitudes about women’s virginity and sexual control”.

“We believe that every woman deserves the right to make any decision about her body – free from shame, stigma or discrimination, without pressure to subscribe to ‘gender-based societal norms’, and without fear of harm. This is why we helped bring forward new legislation to end virginity testing.

“Today we welcome that the Government has banned virginity testing and thank Richard Holden for leading this campaign in the Commons.

“However, virginity testing is rarely an isolated incident of abuse. It is often associated with other behaviours that discriminate against, limit or harm women and girls, such as hymenoplasty. We look forward to working with Lords to help bring about a ban on this form of ‘Honour Based Abuse’ soon.”