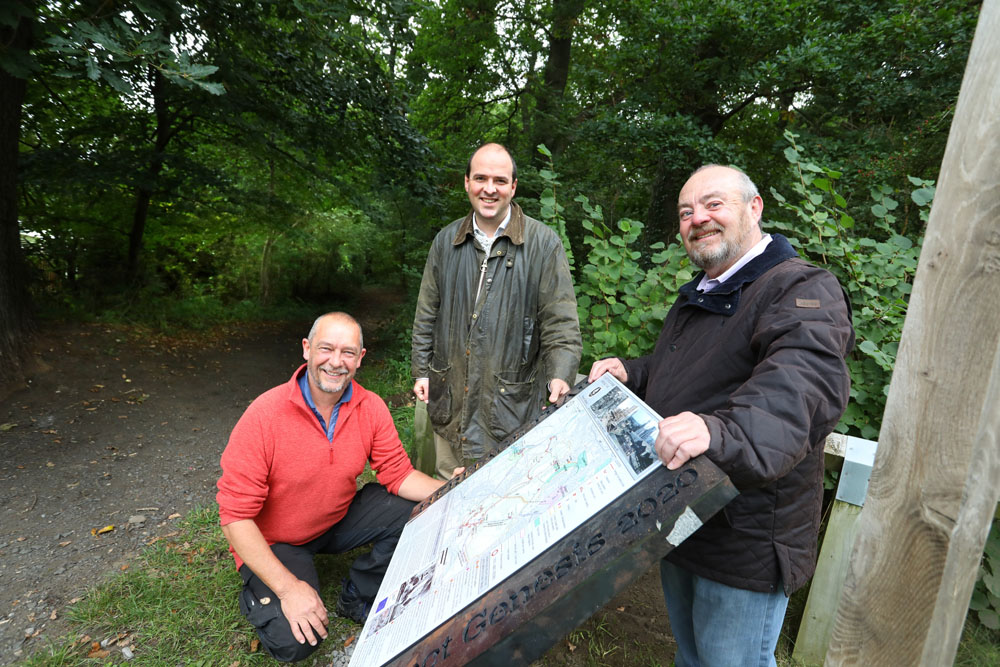 Representatives from Project Genesis Trust have officially marked the installation of new signage which was erected along 4.5 miles of Consett’s Heritage Trail to encourage more local people to use public open spaces during the lockdown period.

The £435,000 investment, made directly by the Trust to the local community, has, over the last 18 months, encouraged individuals of all ages from young people and families to retired walking groups, to take full advantage of the woodland trails at a time when for many, their mental health and wellbeing were being impacted.

The signs, the first of which was installed opposite the Café in the Park, detail the route of the trail, places of interest and its link to other local footpaths and national cycle routes such as the C2C which runs through Consett. It is hoped that residents, as well as new visitors to the area and event organisers, will continue to use the trails and woodlands which have proved extremely popular.

Local MP for North West Durham, Richard Holden, was present at a recent race event to mark the donation made. 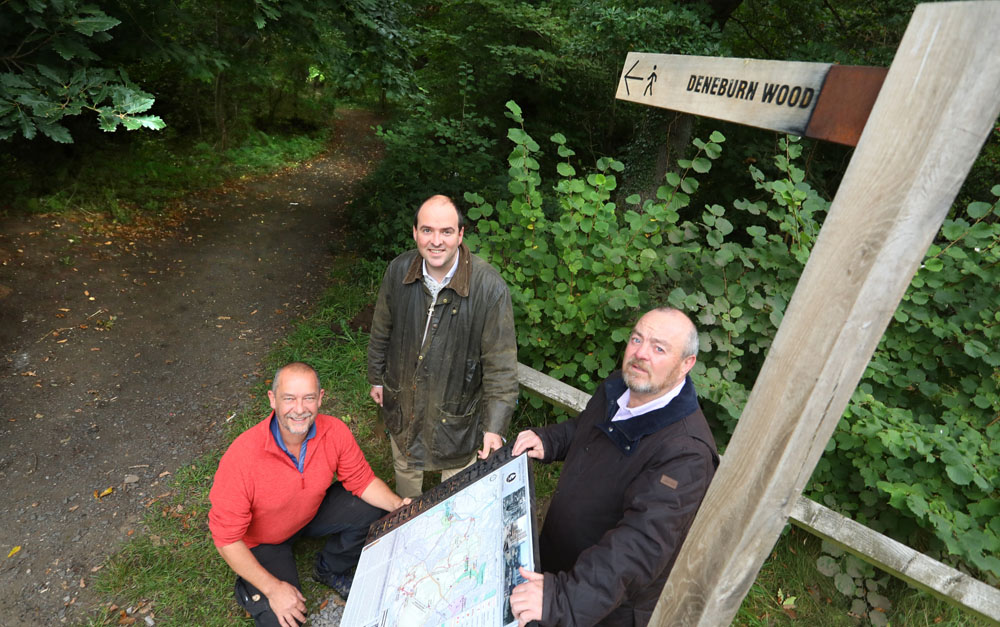 John O Connor of the Project Genesis Trust, commented, “The new trail maps and marker signposts were installed at a time when they were most needed and we’re delighted to be able to acknowledge their installation, albeit a little later than planned. This is another example of the importance we place on investing directly in our community, and the comments we have received about the signs have been very positive indeed.

“The Heritage Trail attracts and is used by a great many people, not just locally but by many from outside of the area. We hope the new signs will be used by different generations for years to come.”

Richard Holden MP, added, “It’s great to see local work being done to celebrate Consett heritage, not just looking at the past but also looking forward. This trail and signage will help people get out and about, and rediscover their area after the Covid pandemic.”

Other recent community investments made by Project Genesis Trust include the Visit Consett website and the purchase of the former St John’s Ambulance Station to establish a Heritage Centre.