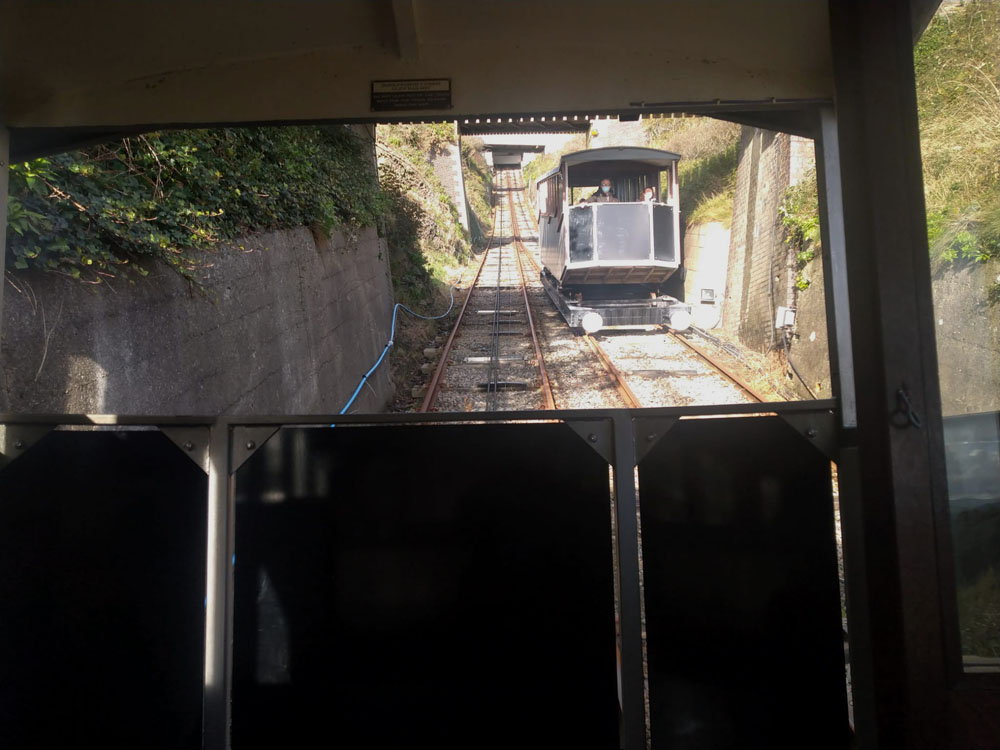 Aberystwyth is the biggest town in mid-Wales and I had not stayed there since 1979 when I applied to the University there and went for interview.

The University is the major employer in the town, and the town population of 13,000 is expanded by a further 8,000 when the students are in residence, filling up many of the former boarding houses and hotels on the sea front. As in 1979 I arrived by train, but this time there was an efficient bus substitution between Shrewsbury and Welshpool with rail the rest of the way. Although my itinerary had changed, I still arrived at Aberystwyth at the scheduled time of 1723 and found the Llwynygog guest house without difficulty. 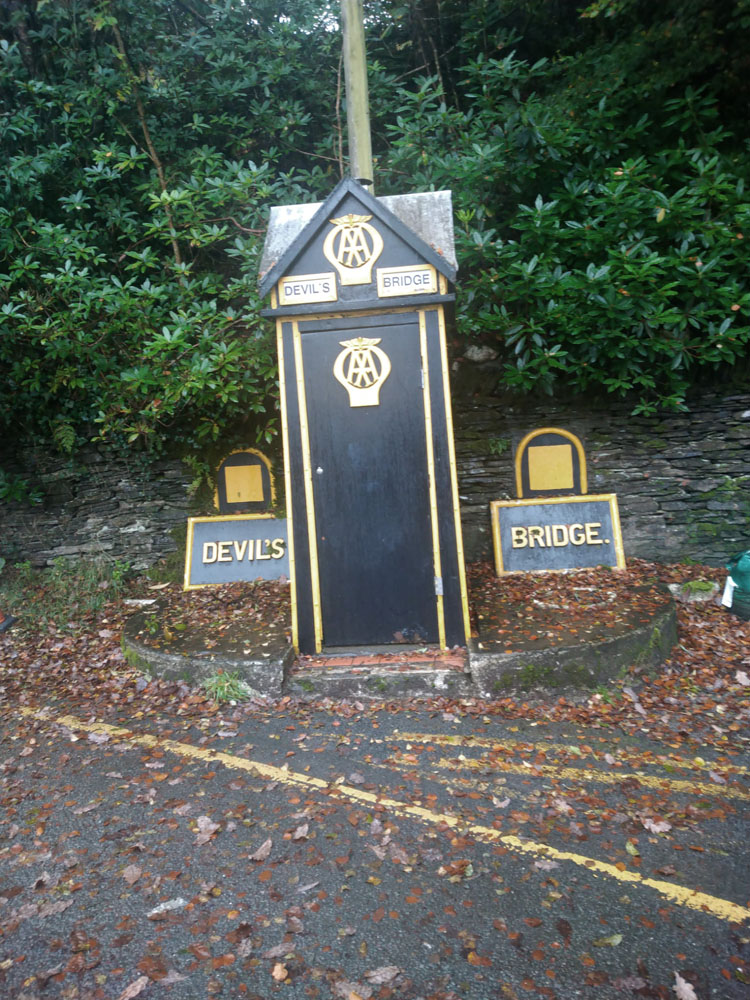 I was there for a memorial service of Edgar Jones, who died at the age of 99 last year, and whose memorial service was held on the day that he would have been 100. A Durham graduate, he wrote for a magazine I edit for many years. After the memorial, and associated refreshments, I found a bus back into town, although I had uncharacteristically taken a taxi to the church because I could not make head nor tail of the bus routes. If ever a town needed to have a decent bus map showing local routes, and have a PlusBus scheme for people arriving and departing by train, it is this one. Weird routeings, and unfamiliar place names made it difficult to get about, even though the bus station is right adjacent to the handsome former Great Western Railway station. Buses were plentiful but virtually empty. Only the students seem to use them, hardly surprising because you would need a degree to work out how they operate. 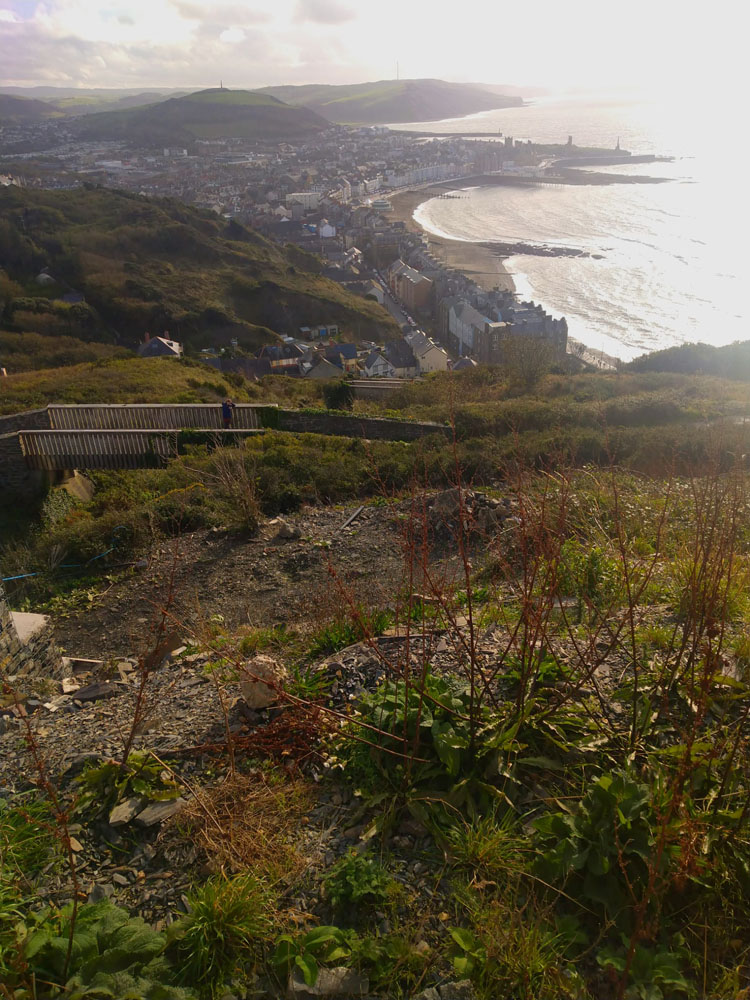 The town itself, though, is a gem, with lots of wonderful Victorian and Edwardian buildings, dating from when the railway first arrived in 1864. Of the hotels on the front, the Glengower on the north parade stood out as excellent, and I enjoyed an evening meal there, and the restaurant on the pier offered good views and excellent cuisine too. At the end of Marine Terrace is Constitution Hill with a funicular railway (pictured) which goes up to a small entertainment centre and café on the top. The camera obscura was unfortunately not working when I arrived, the mechanism having been broken, giving a very blurred image. The exhibition was worth seeing, and I returned down the funicular well informed about Aberystwyth’s past.

The following morning, I took a ride on the Vale of Rheidol railway, which is the other major attraction of the town, nearly an hour’s scenic journey up to Devils Bridge. The narrow-gauge locomotive operating the line waited for an hour at the terminus, allowing a visit to the waterfalls on the short walk (£2, for which I was grateful that the steep path was well maintained with plenty of handrails!). There is a longer walk with 675 steep steps taking 45-60 minutes, admission £4, round the nature trail and waterfalls, but you could not guarantee getting round in the time that the train waits at Devil’s Bridge station. During these out-of-season hours, the train makes a morning trip at 1030 and an afternoon trip at 1400 – one hour up, one hour wait, one hour back. Incidentally, I took a picture of the AA box at Devil’s Bridge for all those petrol-heads who are less enthusiastic about main line trains, narrow gauge and funiculars. Aberystwyth was good for two nights, but for longer I would have to investigate those buses for more places to visit further afield.