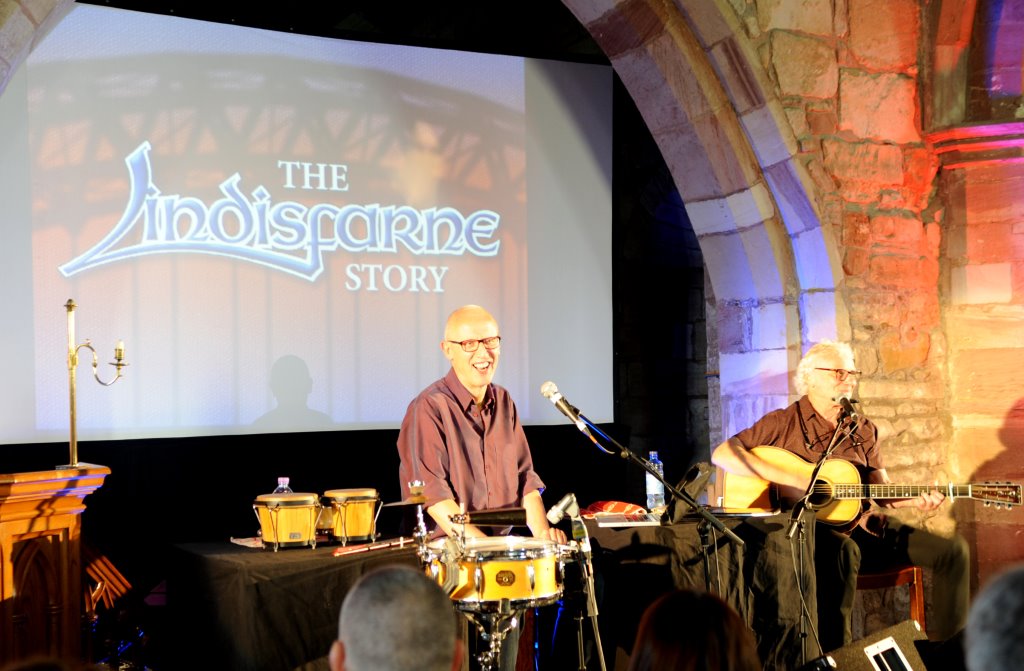 I guess this may be true for many of us in Consett. From being a child I have felt an affinity with Holy Island, also known as Lindisfarne.

I went on trips and pilgrimages there with my family when I was young, and although
I didn’t know all of its history then, I always felt its magic.

The fact that we had to travel along a causeway when the tide was out, just to get there, knowing there was the remote chance we could be cut off from the mainland if we read the tides wrongly, always enthralled me. And of course there was the majestic castle, the ruined priory, the beautiful church and the amazing stretches of beach.

I hadn’t visited for a long time, yet it was no surprise – when I arrived a good number of years later – to get that feeling of tranquillity and belonging I’d experienced so many years before; as I explored the places I remembered as a child.

On entering the church I was enamoured with the fantastic sculpture by Fenwick Lawson, depicting monks carrying the body of St Cuthbert from Lindisfarne – for fear of Viking raiders – on the long journey to his final resting place in Durham Cathedral.
Moved by this emotive image I decided to find out more about Cuthbert.
It could be said, that all legends begin with a grain of truth. 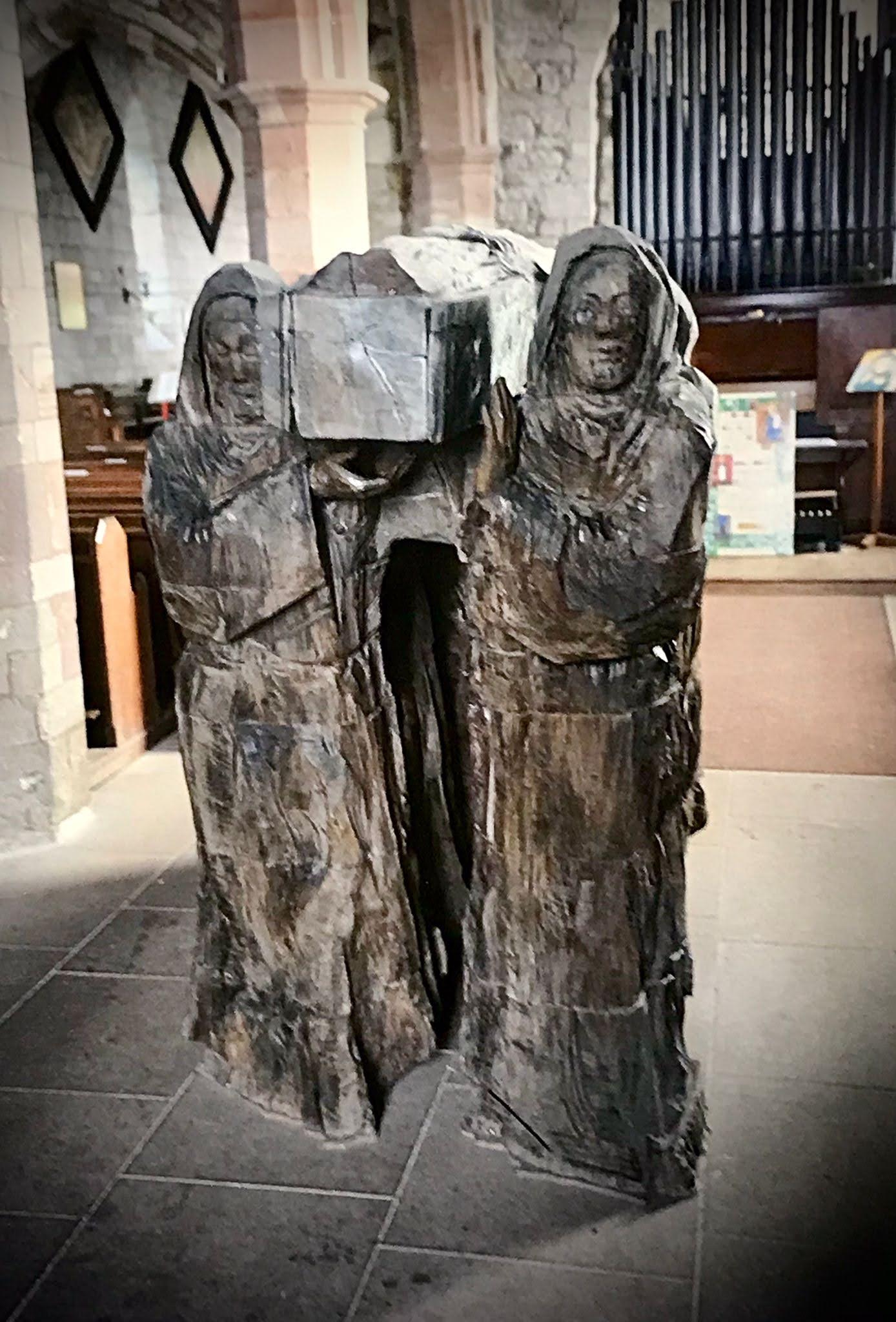 In St Bede’s account of Cuthbert, when he was a young shepherd in Melrose, Bede described how Cuthbert encountered a long stream of light illuminating the night sky with its brightness; while all those around him were asleep. It was a life changing moment for him, and when he found out this happened on the same night of Aidan the Bishop of the Church of Lindisfarne’s death, he vowed to enter a monastery, as he believed it to be a sign.

However successful he was – Cuthbert was made Bishop Of Hexham in 684 by the King of Northumbria at the time – he yearned for the simple life of a hermit and returned to Lindisfarne to live there, retiring to Inner Farne.

He is attributed with many miracles and so much more has been written about him.

I have stayed on the island of Lindisfarne several times, loving that feeling when the tide comes in and one is completely cut off while enjoying an evening meal, a few drinks and good craic with both guests and locals in the bar.

I have wonderful memories of the The Lindisfarne Hotel, especially the owner who when carrying out a tray of food, remarks to the residents;

‘Hot stuff coming through, and I’m not talking about the breakfast!

I would also recommend, The Crown and Anchor, The Ship Inn and The Manor House. The room I stayed in here looked out onto the statue of St Aidan, the Priory, and the Church, and remember wishing I could wake up to that spectacular
view every morning. 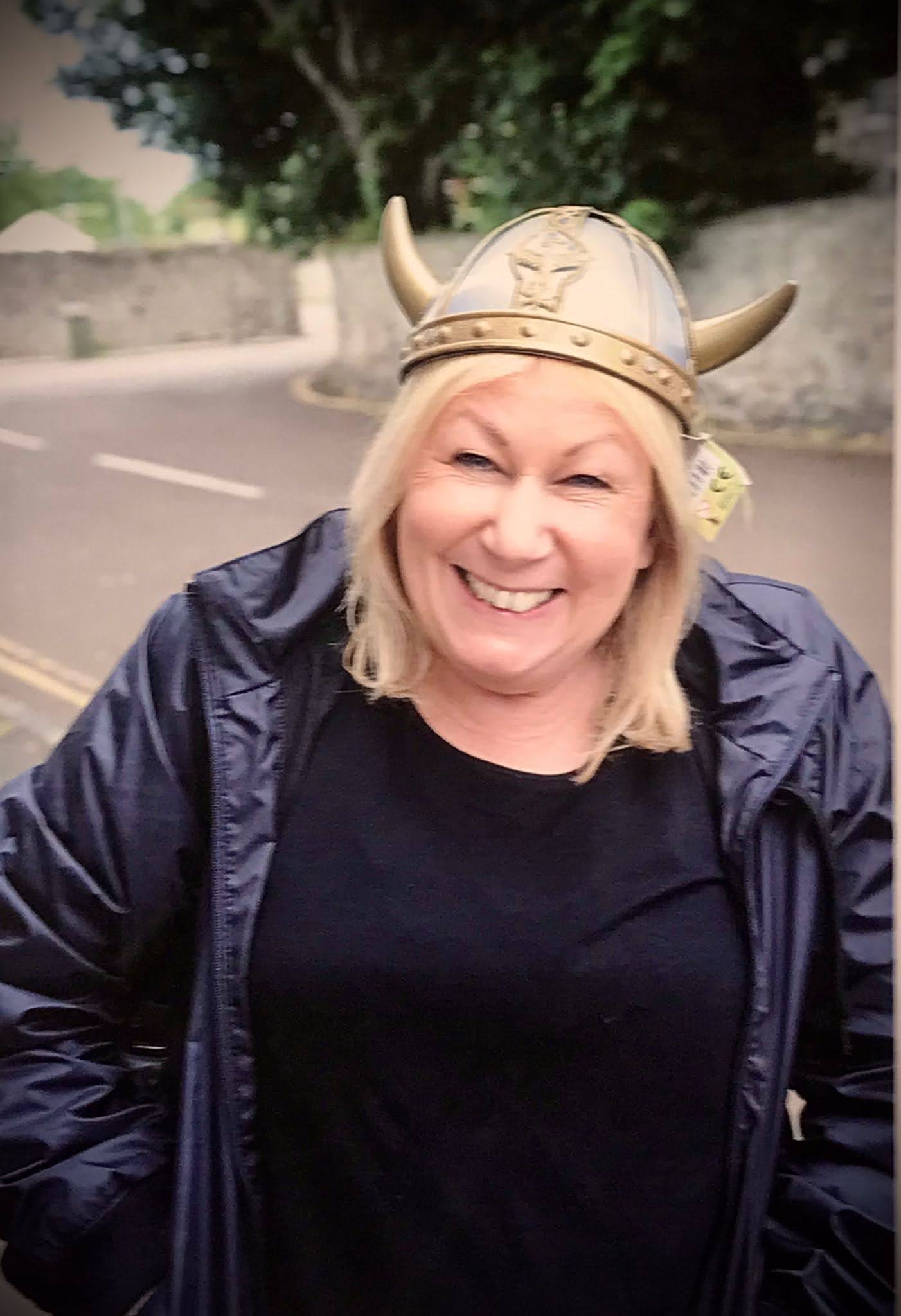 It was here, while having dinner I met a young man working in the restaurant that I used to teach many moons ago close to Consett, when he was 6 years of age.

Hearing the words ‘Mrs Weightman’ delightfully shouted across the room from the kitchen, once again made me realise that my home town is always there to greet me and I wouldn’t have it any other way!

We exchanged stories and it was lovely to see him grown up, happy and successful.

Lindisfarne the island and Lindisfarne the band both have a special place in my heart and when I was lucky enough to be given tickets to see ‘The Lindisfarne Story’ in St Mary’s Church on Holy Island, I was more than delighted. 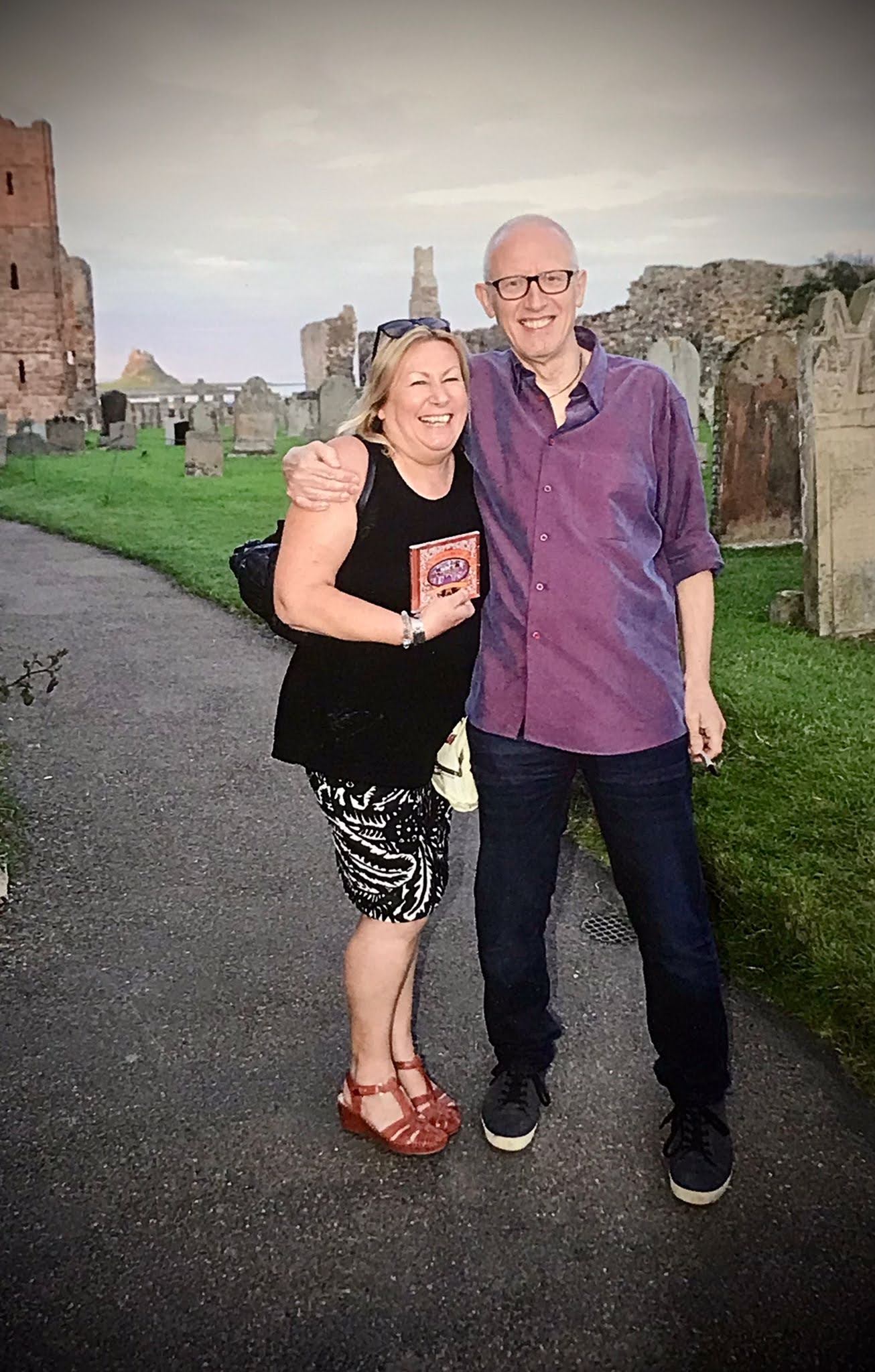 It turned out to be a unique experience with Ray Laidlaw and Billy Mitchell documenting the band’s history, peppered with chat, funny tales and renditions of the band’s greatest hits; which the congregation were only too happy
to join in with.

That was in June 2015, and I’m happy to say I was overjoyed to be celebrating Lindisfarne on Lindisfarne! It’s strange but if you have ever visited you may, as I do, feel a sense of complete calmness and contentment there, and being alone – as Cuthbert craved – is no hardship.

His feast day is celebrated on March 20th, which is technically the Spring equinox, recognised as a time for rebirth and new beginnings. With that in mind Billy Mitchell and Ray Laidlaw are beginning another tour in March 2022; telling yet another Lindisfarne Story!