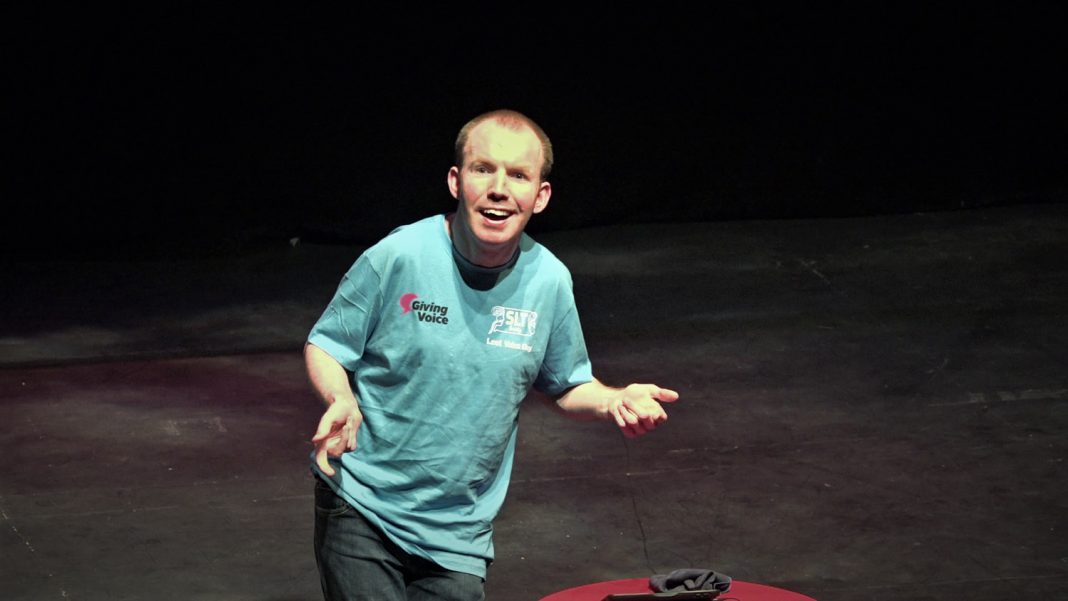 Tell us little about yourself.

I am Dan Pye, a voice over artist and science presenter living in Castleside. I’ve worked on a huge range of projects from video games, radio and TV commercials, corporate videos, in store announcements, animations, answer phone messages, and other interesting, out of the ordinary projects. 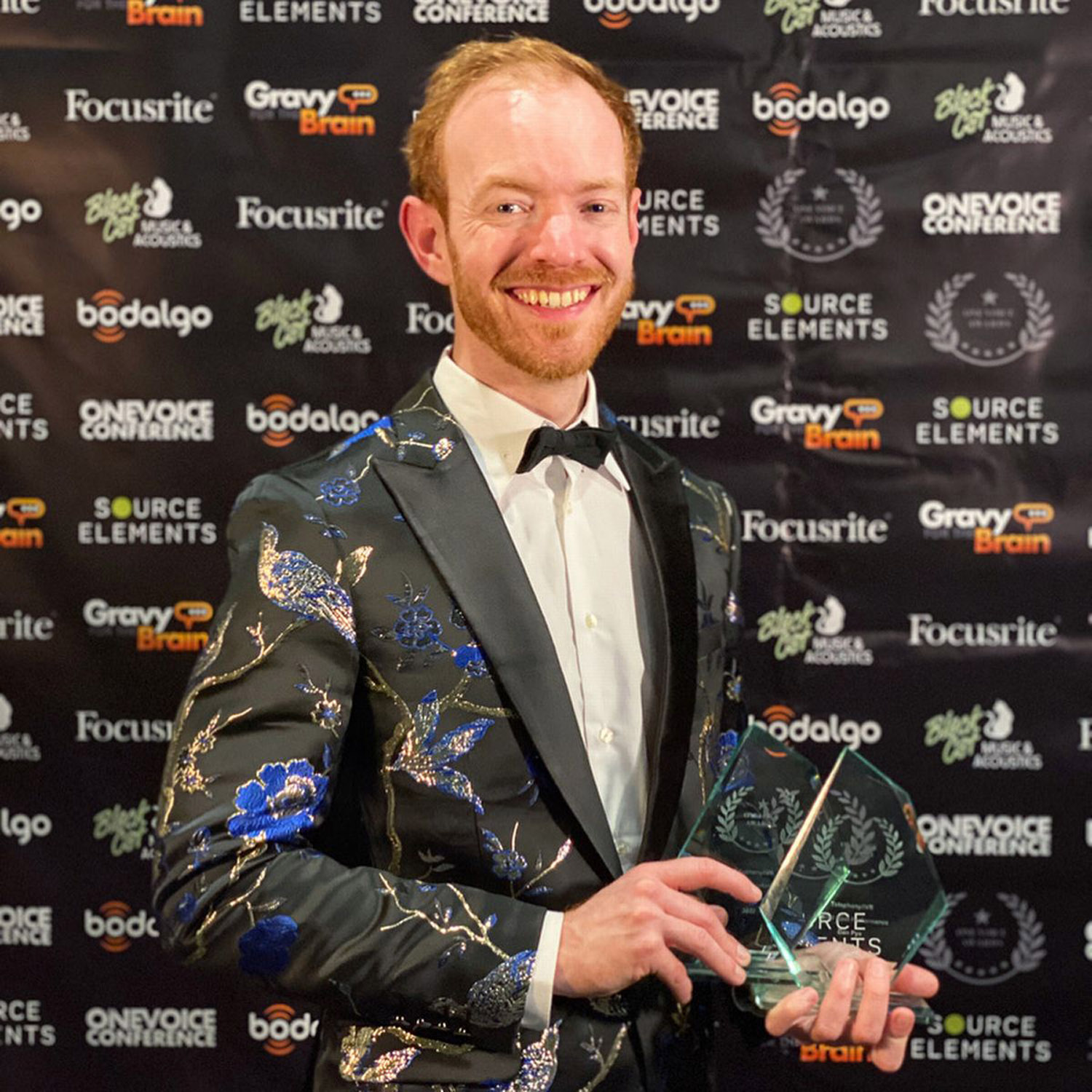 I’m mostly booked for my friendly, warm, character filled performance in a Geordie accent. Most notably I worked as a continuity announcer on Channel 4 (that’s one of the people who talks between the programs), and as the Geordie accent for Consett born stand up comedian and Britains Got Talent winner, Lost Voice Guy.

Aside from voice work, I am also the Director of Astronomy at Kielder Observatory in Northumberland. A career which runs in tandem with voice over, albeit rather contrasting.

How did you become a voice actor?

I originally wanted to take this pathway of a career when I was in school. I was really interested in particularly in continuity, this voice which spoke to you from the TV, guided you through the content, and felt like they were watching along with you. I was always incredibly inspired by animation. Such as the Simpsons, Looney Tunes, etc. I wondered what the careers of the people who brought the characters to life was. In my naivety, I didn’t realise it was an action viable career option.

Through college I studied TV and Film production, which some often liken to a cop out of actually doing any work, however, for me I wanted to use it as a vehicle to achieve a place in that industry. During my years in education, I became heavily involved in a local community radio project, and on turning 18 joined the board of directors representing youth amongst the team. One day, whilst on a short break from activities at the station I went to get a news paper at the shop across the street when I was stopped by the promotional car for Metro Radio. Kenny, who was driving the car and worked heavily in promotions amongst other activities with Metro, asked me if I would run across the Tyne Bridge in my underwear for a PR stunt.

Well, mid September weather, and rush hour traffic, running across a bridge connecting 2 of the North East’s largest cities together, how could I possibly refuse, so I stripped to my Bart Simpson “Y” Fronts and off I went. Following this the station kindly paid for me to visit London for the weekend and take part in a project with Universal Studio. It was a commercial production for the new series of a TV show called Andromeda. I was on screen and used as voice only throughout the final production of the ad, which was technically I guess you could say, my first voice over work.

Leaving education, I fell into the pattern of retail work for a bit, until I eventually found my way to a full time career in local radio. Joining a radio station in Darlington, the Director and Creative Head at the time sat me down for a meeting to inform me that I wouldn’t suit voice over work as I was too nasal, and that I should focus my efforts on doing the job I was being paid to do. This hurt, really hurt, coming from two significant figures like this and just becoming a new Father, I took this to heart and gave up on this career path.

A few years passed and I realised it was time to leave radio and start my own venture, a coffee shop which celebrated my hobbies, science fiction, comic books and video games. After a year of running the cafe aptly named Dark Matter Cafe, in Durham, I realised it would be a great project to advertise the cafe by running events akin to comic conventions you see in the US. A couple months later we ran a sell out event of 1200 people at the Gala Theatre in Durham. Over the next few years we ran similar events across the region, and the cafe kept on developing, until works in city centre Durham started to affect trade. In 2015 after a sell out event again in the Gala Theatre, we decided to part ways with Durham and move the event to a larger accommodating venue, the Stadium of Light in Sunderland.

This time we ran the event over 2 days, and brought in some big guests. The event was tough, there were mistakes made which on reflection, could have been prevented, but it was too late, financially the event was a disaster. The actual event itself was great, but the stressed surrounding it really damaged the company, and me.

One of the guests who attended was a chap called Charles Martinet. He provides the voice of Super Mario and other characters in the franchise, and has done for more than 30 years. He questioned my passions, dreams and my career goals, and I told him openly and honestly. He then questioned why I quit, just because two people said I wouldn’t make it. I couldn’t really give a compelling answer which wasn’t riddled with excuses. So after a moment of inspiration, and a good talking to from Charles, I went and purchased a microphone, reconnected with producers I knew from working in radio, began training and learning the industry, and started back on the career path I’d otherwise left behind years before.

What have been the best moments in your career?

I think the best moments were some key castings. Being brought in to be a continuity announcer on the television for Channel 4 was incredible. I was doing a job I was so fascinated with when I was younger, finally seeing the other side of the production and being part of this incredible engine which brings entertainment and enjoyment to so many. A little later on was my first video game casting. Following the inspiration from Charles, I really wanted to work on a video game which allowed me to explore character creation and development, and with Lost in Random from EA Games, I got to do just that. The next would be the moment I was cast as the voice of Lost Voice Guy. It was such a mixed feelings moment. I had fear that this was my voice, my instrument I was passing on to someone else, but what an incredible honour it was, to be asked by another human to be their means of communication. How could I possibly refuse! I’m so pleased to work with such an incredible, creative, inspirational talent that Lee is. Finally, most recently, was picking up an award for voice work. An accolade from your peers to recognise your ability to provide good work, is there anything more satisfying?

What advice would you give to our readers who are interested in becoming a voice actor?

I’d say, be tenacious, be ambitious, but learn the craft. This is a business ultimately, you need the tools and the experience to do the job. It’s like any skilled job, you can’t expect to turn up with no prior knowledge to construct a house with just some cheap tools from a high street store. You really have to invest the time, and finance to make sure your tools suit the purpose. From microphone, to environment. You have to respect the industries workings, rates and make meaningful connections with people within it, and only then can you start the journey.

What’s next for Dan Pye?

Who knows, all I can say is, coming up next is a whole load of “unknown” in another thrilling episode of the Life of Pye, viewer discretion is required as the following program may contain strong language and scenes of who knows throughout.