Home History Whatever the Weather – By Lorraine Weightman 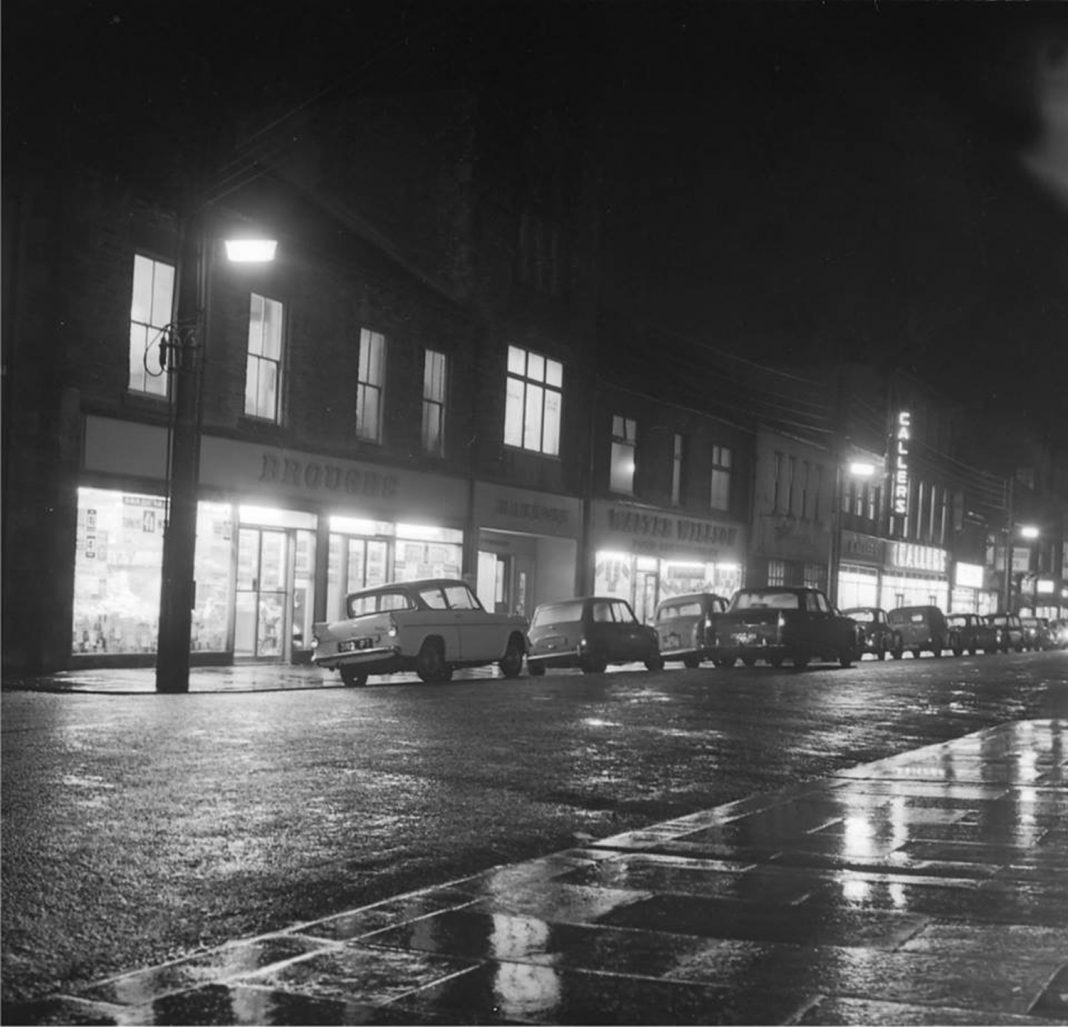 After officially becoming a pensioner and applying for my bus pass last month, I recently met up with my family and friends in Consett for a drink, after going to see Sister Act at The Empire – which by the way was the most fabulous and entertaining experience – and we reflected in the half full pub on what Friday nights used to be. As most were my age or older we talked about the good old days when you had to book your taxi on a Wednesday to make sure of getting home in the early hours of Saturday morning after Botto’s. Perhaps the rose tinted glasses kicked in a little bit as we contemplated, recalling our best and funniest nights out. 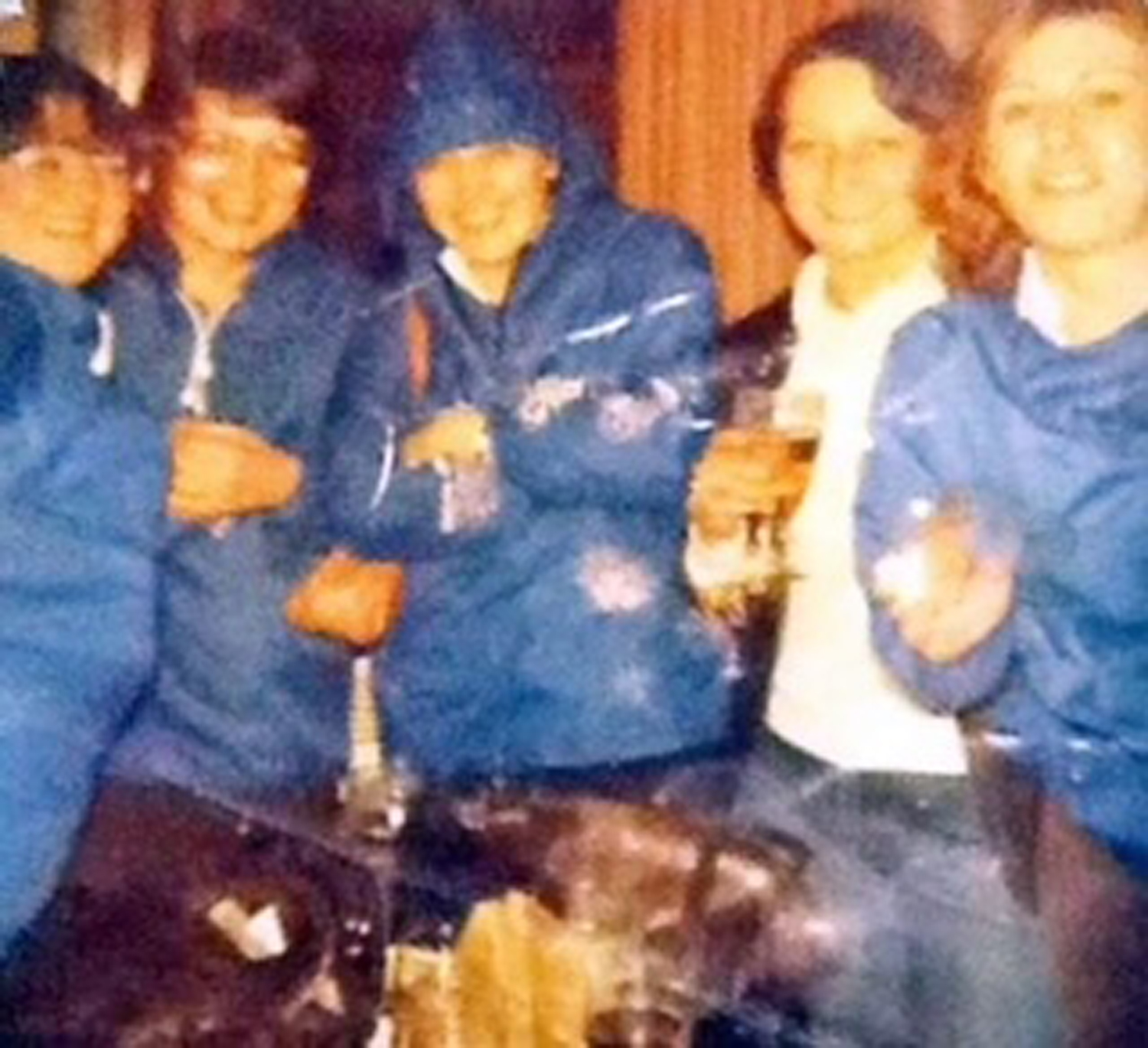 The following got a mention.
Going out in Consett on a Friday night was always one of the highlights of the weekend. After five days of the mundane, you could smell the Old Spice in the air as the lads put on their Ben Sherman shirts and Levi 501’s and the lasses donned their high waisted jeans and crop tops; while using a full can of hairspray on their newly permed big hair! Desperately needed in Consett as at 885 feet above sea level, the wind is always resident!

In common with most Geordies, Consett folk know that going out and wearing a coat, do not go together, especially when a new outfit is on show. However, one particular Friday when the rain was bucketing down and the newly sprayed hair was in danger of becoming claggy.

I, in a light bulb moment, contacted my friends to tell them I had some blue kagools left over from our trip to Blackpool, and a leopard print backpack that we could carry them in.
My friends – used to my ‘good ideas’ – said, ‘Aye, alright then’.

Wearing my blue kagool and carrying theirs I arrived and dished out the rain wear, the idea being we would whip them off quickly before entering the pub and would look perfectly dry and composed as we made our entrance.
In those days, you had one drink in every establishment, moving round the circuit until you ended up at the night clubs. Which wasn’t conducive to the plan of keeping dry.

First stop was ‘The Duke’ and the kagools came off easily and were quickly stuffed into the cloth backpack which had been allocated to one of my friends. 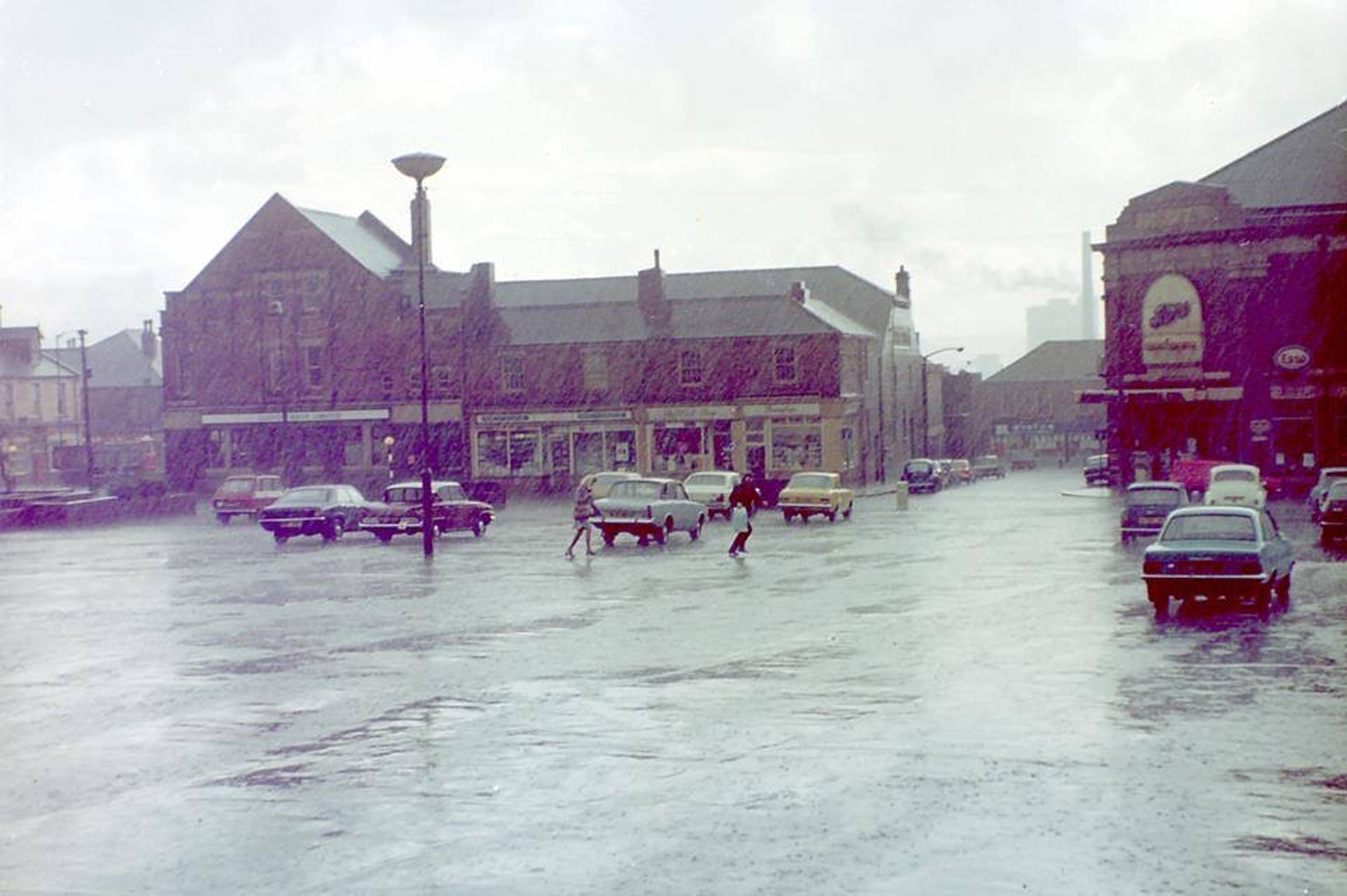 The rain didn’t let up, so when we tried to don our outerwear for the next port of call, it was still wet and soggy, but no matter, we needed it, even though ‘The Braes’ was only a few steps away. Bundling them back in, we headed for the dance floor, putting the back pack in the middle so we could dance round it. Making another quick dash to ‘The ‘Black Horse’, we wrung out the kagools in the Ladies toilets; put on our lipstick and stood by the pool table with our drinks. To our delight everyone coming through the door was soaked to the skin while we still had the big hair!

Next stop, ‘The Freemasons’. In here my backpack friend starting complaining that her shoulders were hurting as the the weight of the drenched kagools were dragging her down. I told her not to worry, as she had been a life saver and instrumental in our night’s mission.
Strangely enough, she didn’t seem to find this funny!

In time we made it to the ‘Company Bar’ and were pleased to see the karaoke was still in full swing! 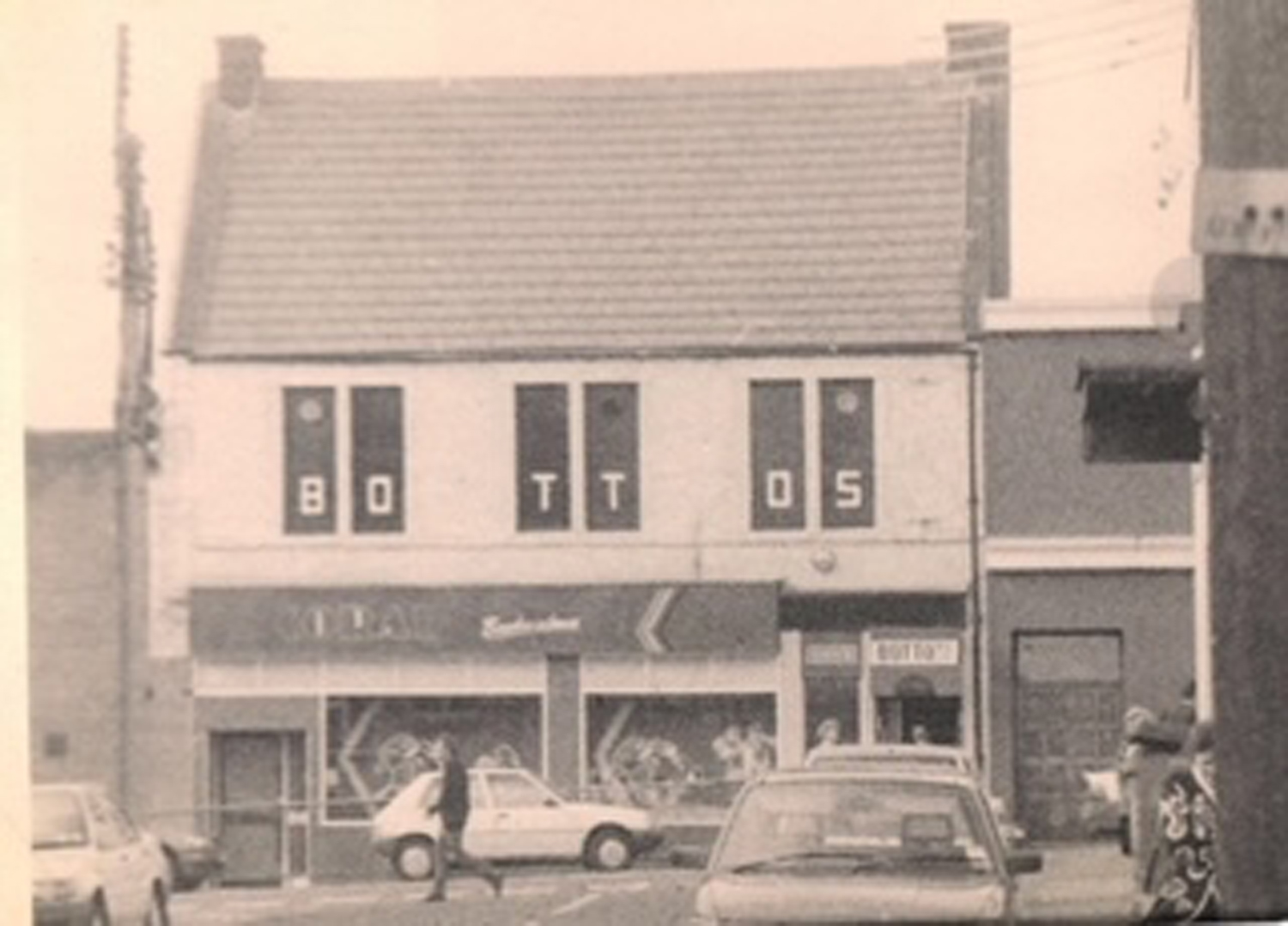 While the others bought the drinks; in a haze of alcohol induced enthusiasm I sought out the song list file and asked if we should put our names down.
Hearing the familiar, ‘Aye alright then’, I chose something we hadn’t sung before, as I’d just seen the film ‘The Blues Brothers’.

The distant roll of thunder, and the heavy splashes on the pavement outside enticed us to have an extra drink in here while we waited for our turn to sing. Then our names were announced and herding our group to the front, I handed out microphones and urged them to look at the screen. 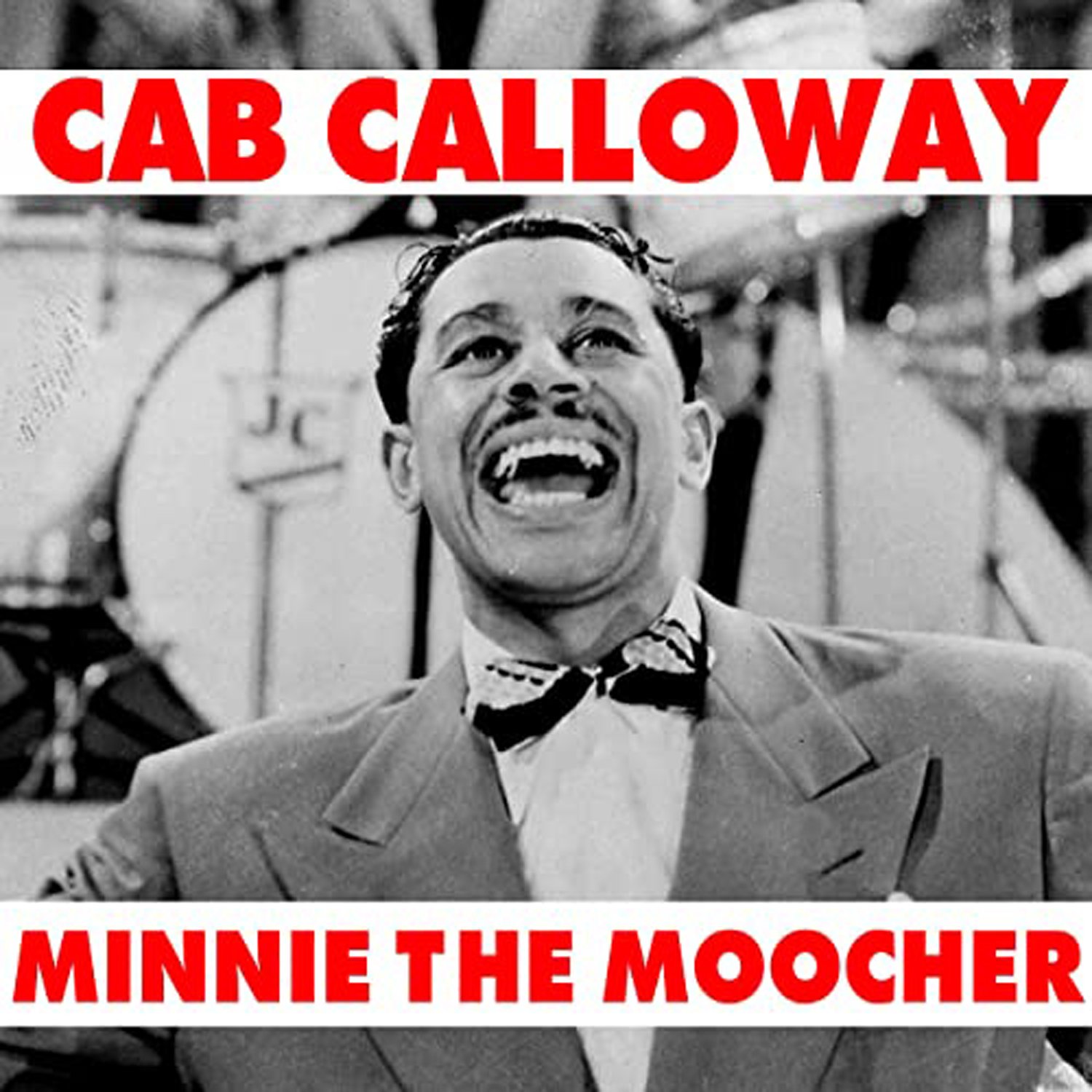 I have to say there was not much audience participation as we launched into the Cab Calloway classic ‘Minnie the Moocher’, with no clue of the tune or even the lyrics!

After the booing stopped, we made a quick exit, and headed for ‘The Turf’; unfortunately leaving the backpack behind! When I hinted we go back in to retrieve it, instead of hearing the usual reply, there was an ear splitting and definite,

A few drinks and dances later and after last orders were called, I meekly suggested, ‘Shall we have kebab meat, chips and gravy on the way home?’
And I was delighted to hear
a resounding,